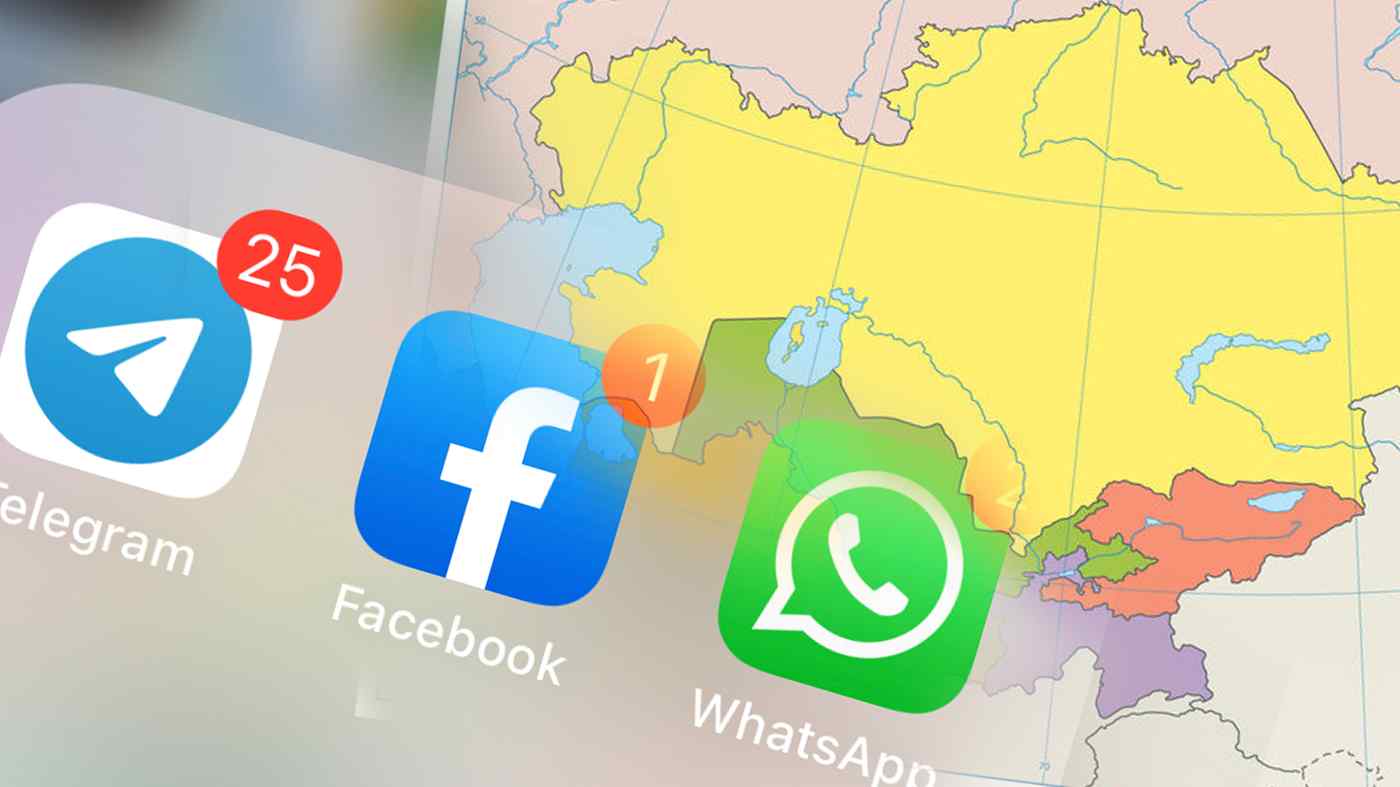 ALMATY, Kazakhstan -- The screws are being tightened on internet use in Kazakhstan and Kyrgyzstan as new legislation is introduced that will make it easier for the authorities to police online activity. In a Central Asian region already known for intolerance of online debate, these moves are deepening concerns about free expression.

In Kazakhstan, proposed legislation would force social media companies like Facebook and popular messenger services like WhatsApp and Telegram to open representative offices in the country or face restrictions on their activity. In Kyrgyzstan, a law passed in August requires internet service providers and website owners to identify their users to combat "false information."

Said added that there are implications for press freedom, as increasing control over the internet "usually leads to a greater government control over media and journalists."

Neither country is regarded as a beacon of online liberty. Freedom House's latest "Freedom on the Net" ranking, released this week, lists Kyrgyzstan as "partly free" and Kazakhstan as "not free."

Kazakhstan is now taking aim at social media, saying that sites are not doing enough to counter cyberbullying. This follows a spike in adolescent suicides in the first half of the year -- a long-standing problem in the country, which some commentators have linked to online harassment. The government and lawmakers contend that amendments to child protection legislation, which passed a first reading in the lower house of parliament Sept. 15, will encourage internet sites to do more to confront the problem.

The authorities hope that by forcing foreign social media outlets to register in Kazakhstan, it will be easier to compel them to swiftly remove content deemed unsuitable. According to the draft legislation, the head of the local office, who must be a Kazakh citizen, would be responsible for removing content deemed to be illegal within 24 hours or face prosecution.

"Proponents of the bill in Kazakhstan claim including such a provision -- that is, requiring foreign apps and social media companies to register an office and appoint a local representative in Kazakhstan -- will help to tackle the problem of cyberbullying," Syinat Sultanalieva, Central Asia researcher at Human Rights Watch, told Nikkei.

However, Sultanalieva foresees a much broader impact.

"In reality, the provision poses a significant threat to freedom of expression in Kazakhstan and opens the door to unjustified and politically motivated ... content removal requests by the Kazakh authorities," she said.

Across the border in Kyrgyzstan, the authorities have taken aim at the dissemination of "false information" via "fake" accounts. The new law is supposed to stop this from happening by making all ISPs and website owners identify their users and submit this data to a centralized storage system.

"This significantly enhances the authorities' capacity to surveil, target, and censor individual users, and therefore amounts to a violation of users' right to privacy," said Human Rights Watch's Sultanalieva.

The law was pushed through by the administration of Sadyr Japarov, the president who came to power during political unrest last year. According to his critics, he has proved intolerant of dissent.

With parliamentary elections due in Kyrgyzstan in November, Sultanalieva feels that the bill "could have chilling effects on opposition activists and government critics, particularly those who wish to expose corruption."

Carlos Martinez de la Serna, a program director with the Committee to Protect Journalists, agrees that the bill will have a significant impact on the work of Kyrgyzstan's independent media outlets and their ability to carry out investigative reporting.

In recent years, Kloop, a Kyrgyzstan-based news outlet, has partnered with Radio Free Europe/Radio Liberty (RFE/RL) and the Organized Crime and Corruption Reporting Project on a number of investigations into corruption, including a major report on a cross-border smuggling ring.

In other parts of Central Asia, similar restrictions have been placed on online activity. Uzbekistan introduced a law this year requiring companies operating in the country to store the personal data of Uzbek citizens on servers in Uzbekistan or face fines or blocking. 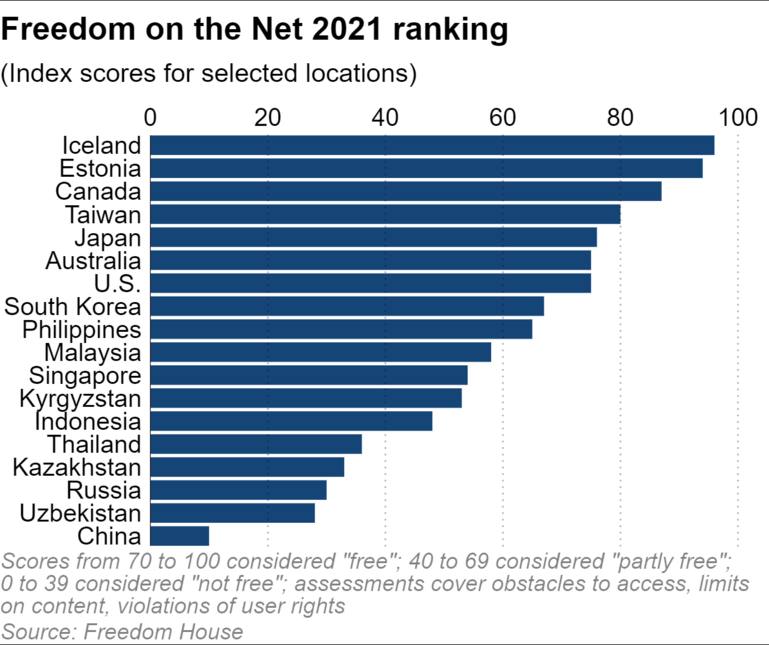 Uzbekistan has also introduced legislation making it a criminal offense to insult the head of state. This law was approved in March after RFE/RL's Uzbek service published a report on a luxurious mountain resort, allegedly built at taxpayers' expense, for the private use of President Shavkat Mirziyoyev. The government has strongly denied any wrongdoing and said that the property is not for the president's personal use.

In August, Valijon Kalonov, a prominent social media figure in Uzbekistan, fell foul of the new law and was arrested on charges of insulting the president, for which he has yet to stand trial. Kalonov faces a possible prison term for using his Facebook page to call on the president not to stand in October's presidential poll and for voters to boycott the election.

While Uzbekistan in recent years has ceased the widespread blocking of websites it once favored, it sometimes still resorts to shutting down the internet. Last week there were reports that the internet was temporarily blacked out in the country after RFE/RL's Uzbek service ran a video about the extensive business interests of President Mirziyoyev's son-in-law.

In the other two Central Asian states, Tajikistan and Turkmenistan, the authorities rely on blanket blocking of websites that are not to their liking, rather than following the legal routes being adopted by its neighbors. International news outlets and social networks are routinely censored. Only one messenger app, IMO, works in Turkmenistan, while in Tajikistan messenger services are blocked when criticism of the president or the government appears.

Turkmenistan has also waged war on virtual private networks that can be used to circumvent internet restrictions. Not content with blocking access to VPNs, the Turkmen government has evoked higher powers to curb their use: RFE/RL reported in August that several internet users said they were ordered to swear on the Quran to never use VPNs after applying for an internet connection.