Big business cozies up to Beijing

Chinese leader never forgets a favor, or a slight 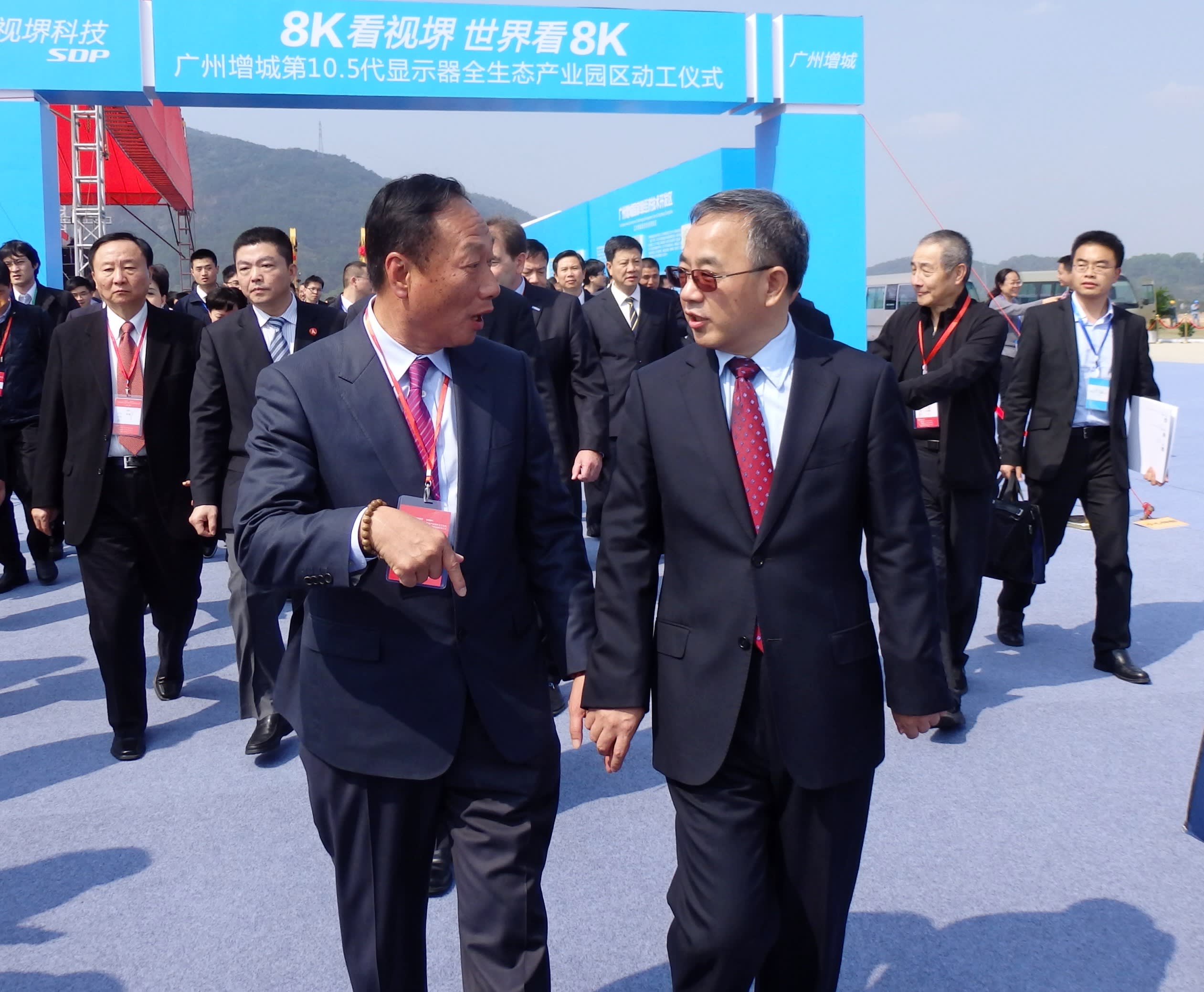 The Taiwan-based contract manufacturer, better known as Foxconn, is investing about $9 billion.

At the groundbreaking ceremony, Hon Hai CEO Terry Gou fawned over Hu Chunhua, the Communist Party chief of Guangdong and a person widely seen as a candidate to succeed Chinese President Xi Jinping. When Hu left, Gou saw him off with a deep bow.

Amid concerns over sluggish growth, the investment brightened Hu's political future before both the March legislative session and the party leadership reshuffle this autumn. Gou is understandably keen on maintaining amicable relations with the powerful Hu and Xi.

Gou has a special relationship with the president owing to his success in Shenzhen. After Xi's father, Xi Zhongxun, lost a Communist Party power struggle, he left Beijing and devoted himself to creating a special economic zone in Shenzhen. Gou opened a plant in the city in 1988, paving the way for Hon Hai's growth into a giant that employs some 1 million workers, a fact not lost on the president.

When Gou visited the southern Chinese resort of Hainan in the spring of 2013, he was received warmly by Xi, whose power was on the rise. The president called him an "old friend."

"As a Chinese born in Taiwan," Gou replied, "I can hardly contain my excitement."

Clearly, Gou understands the value of Beijing's good graces. He isn't alone. Wang Jianlin, the wealthy head of the Dalian Wanda Group real estate empire, has in the past been linked to many power players, reportedly including former Premier Wen Jiabao and Xi.

Still, some tycoons seem to be rethinking the merits of strategic loyalty, even if it means vilification.

While most business leaders declared their support for Beijing-backed victor Carrie Lam Cheng Yuet-ngor, Li maintained a vague stance throughout the campaign. Li is apparently worried that Xi's hard-line approach to the city is shaking China's "one country, two systems" model, which is supposed to allow for Hong Kong's economic and political freedoms.

Li has long been regarded in China as a "patriotic merchant." He established close relations with the late Deng Xiaoping and other figures, and contributed to the country's economic development through investment in its real estate market. Recently, though, Li has been unloading property holdings on the mainland and in Hong Kong while pursuing acquisitions in Australia, Canada and other countries. Chinese state-affiliated media organizations have now practically denounced him as a traitor.

Yet, when the "rule of man" takes precedence over the rule of law and market principles, business leaders can easily find themselves in precarious positions. Even billionaires like Li Ka-shing are struggling to strike a balance between bowing to Xi and following their capitalist instincts.