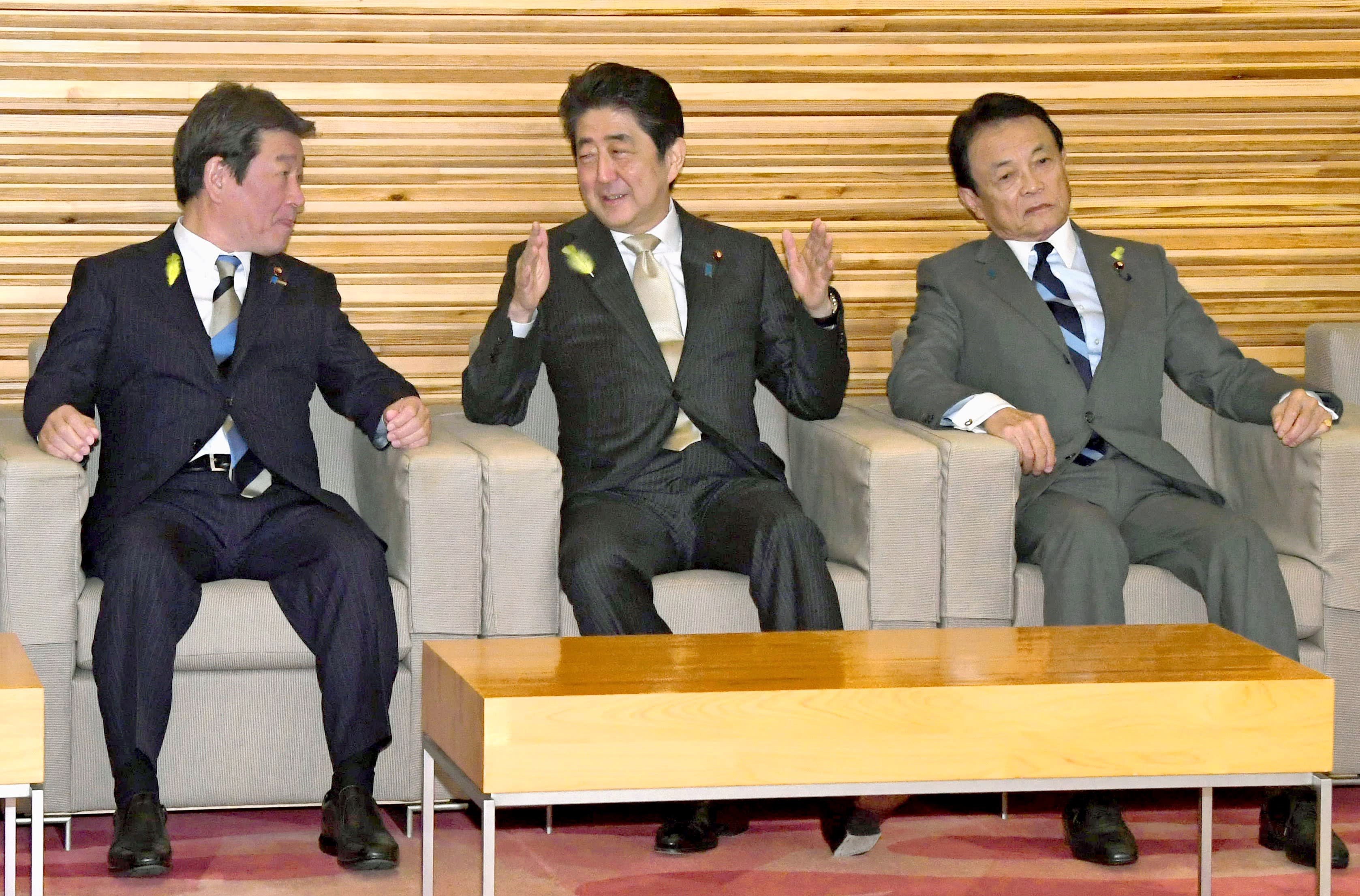 TOKYO -- With tax revenue forecast at a 27-year high and debt issuance down, key indicators of Japan's fiscal health seem to point to improvement. But the record 97.71 trillion yen ($857 billion) budget proposal for fiscal 2018 suggests that the government's spendthrift ways have changed little.

Prime Minister Shinzo Abe's cabinet approved the draft Friday. A gain of 0.3% in size over the current-year budget, the plan does make some nods to righting the nation's finances, such as reducing issuance of new government bonds for an eighth straight year, albeit with help from ultralow interest rates.

The draft sets aside 900 million yen for the development of free-gauge trains, which could run on local and shinkansen bullet train tracks of various widths. The government has spent about 50 billion yen on the technology so far, with little if anything to show for it. It remains a project in search of a need. Railway operator JR Kyushu in July abandoned plans to adopt free-gauge trains out of concerns over costs. But once the money train gets going, the government has trouble hitting the brakes.

Social welfare spending -- which at 32.97 trillion yen forms by far the biggest area of general-account spending -- is set to increase nearly 500 billion yen. Many of the proposed benefit expansions smack of largesse.

A total of 434.8 billion yen is for improving farmland and waterways, up 32.8 billion yen. The figure has been rising under Abe and is now back to where it was before his ruling Liberal Democratic Party fell out of government in 2009  -- a "deeply moving" achievement, one proponent gushed. Lawmakers with ties to farm, forestry and fisheries interests care more about the level of spending than where the money goes, a Ministry of Finance official said.

Supplementary budgets are also often used to bypass efforts to reduce the budget deficit. This fiscal year's included 100 billion yen to help small and midsize businesses with capital investment, up from 80 billion yen in fiscal 2016.

Typical of how the fiscal 2018 draft budget channels resources into Abe initiatives is its funding of highway improvements, under the pretext of raising productivity. The government plans to issue new debt to lend 1.5 trillion yen to an independent highway body. This step is expected to ease the body's interest burden by 1 trillion yen, though some capital market watchers question the math.

Under Abe, the government has also lent 3 trillion yen for the construction of a maglev bullet train line from Tokyo to Nagoya. Growing public investment, ostensibly to take advantage of low interest rates, seems to mark a shift away from privatization efforts of the 2000s. And how some of the other projects, such as reinforcing bridges against earthquakes, will help boost productivity is unclear.

The draft also reveals rivalries between different government agencies. The Ministry of Internal Affairs and the Ministry of Economy, Trade and Industry each run their own cybersecurity training programs and fought bitterly over related allocations. All agencies want in on the flashy policies, with little concern for efficiency.

For all its warnings about the nation's finances, the Finance Ministry failed to trim much fat from the draft budget. "Our efforts toward better fiscal health are steadily progressing," insists Finance Minister Taro Aso, who has been in charge of budgeting for the last six years. But the ministry wields limited sway over Abe's government, and the prime minister and his advisers are inclined to spend more rather than less.

"Because the Japanese government and ruling party come up with budgets together, it's unclear where the responsibility ultimately lies," said Hideaki Tanaka, a public policy professor at Meiji University. Abe's virtually unrivaled political power makes the path toward fiscal health seem more distant than ever.

Baby boomers will all be 75 or older by 2025, driving health care and nursing care costs even higher. But crucial reforms, such as raising out-of-pocket payments on health care for this age group and streamlining the nation's oft-criticized nursing care system, have yet to be tackled.