Brexit trigger a moment of truth for UK, Europe and Asia

Amid uncertainty, Brexit provides opportunities for the region's rising powers

Nine months after it voted in a referendum to leave the European Union, Britain has given notice of its departure. In a move partly designed to warn markets, the British government on Monday pre-announced it would formally notify the EU on March 29 of commencing the countdown to leaving the EU. The EU and the U.K. will then begin at least two years of negotiations to determine exactly how this process will unfold. Already it is clear that the Brexit process will be acrimonious.

The immediate impact on Asia will be minimal. The U.K. remains an EU member and cannot strike bilateral trade deals until it has left. But from being a gateway to Europe and a good place to do business, Britain has suddenly become a place of uncertainty for investors -- from Asia and the rest of the world.

There is also the growing possibility of negotiations breaking down and the U.K. exiting without a deal. British parliament's foreign affairs select committee has described this situation as "a very destructive outcome leading to mutually assured damage for the EU and the U.K." Already, thousands of Asian companies that are integral to the British economy are slowing or reversing expansion plans.

Underlying social and political tremors also pose questions about the future of free trade and liberal democracy. While this includes the insular populism surrounding the U.S. presidency of Donald Trump, Brexit is having a more immediate impact because the European Project, devised after World War II to unite the continent's warring states under the banner of commerce, is fracturing.

It was no coincidence that Brexit negotiations were about to be announced, the devolved Scottish government advocated holding a second referendum on independence from the U.K. following its first one in 2014. Another EU member, the Netherlands, was holding an antagonistic election on March 15 that centered on racism and immigration, problems that are increasingly driving European politics and ones that the EU was designed to resolve. The far-right party increased its vote and came second.

Viewed from Asia, all this presents both opportunities and lessons. The opportunities come from the U.K.'s future, unilateral trading status that could give Asian businesses more negotiating leverage over one of the world's biggest economies.

From being a substantive member of the world's biggest single market, the U.K. will have to fight its corner against middle-ranking economies around the world. Its share in the global economy is about 3%. That is dwarfed by China's 15%. India and Brazil, both approaching 3%, are likely to overtake the U.K. in the near future. The U.S. and the EU stand at more than 20% each and Asia as a region makes ups 40%.

If the U.K. has a detailed road map, it has skillfully kept it concealed. "I want us to be a truly 'global Britain'," British Prime Minister Theresa May said in defending Brexit. "A country that goes out into the world to build relationships with old friends and new allies alike."

There is, however, nothing to stop the U.K. doing this as an EU member.

Included in the new global approach have been suggestions of enhanced trade relations with countries as diverse as Albania and Vietnam. There is also emphasis on increased ties with the Commonwealth of Nations, a group of 52 countries with little global impact that used to be part of the British empire.

New Zealand is often held up as an example of a country with which a stronger bilateral trading relationship could be forged. When the U.K. joined the European Economic Community in 1961, it was taking half of New Zealand's exports, which subsequently fell as the U.K. turned its attention to Europe. After painful restructuring, New Zealand has a healthy economy, selling mainly within the Asia Pacific region and its exports to the U.K. have dropped to just 3%.

It is difficult to see how these Commonwealth economies would abandon carefully built relationships in their own regions to embrace the sudden hand of friendship from distant Britain -- unless they can leverage substantive concessions.

May's first foray into this area did not end well. In November, she led a business delegation to India hoping to explore trade opportunities. India told her to loosen visa restrictions instead, something May would find difficult given that the Brexit vote was about meeting a popular demand to curb immigration.

She must expect similar leverage to be exerted by China whose investment her government wants for its nuclear power industry and high-speed rail projects. The U.K. has already been accused of failing to protect Hong Kong's autonomy against Chinese interference. Brexit critics will allege similar compromises on issues like the South and East China Sea disputes where the U.K. would naturally side with the U.S. and Japan.

Commonwealth members, meanwhile, are likely to make more demands for the U.K. to apologize for its colonial behavior. It is a running sore with India as well as China because of the British role in the 19th century Opium Wars. Four years ago, the U.K. made a $30 million settlement with Kenya after its Truth, Justice and Reconciliation Commission concluded that the British colonial administration was responsible for "unspeakable and horrific gross violations of human rights," which included "massacres, torture and sexual violence."

In practical terms, there have been suggestions that the U.K. could simply turn EU trading agreements into bilateral ones and quickly sign off on them. This would be problematic, because there are not many of them, and only three with Asia. The first EU pact was with South Korea, which came into force in 2011. Singapore and Vietnam signed in 2012 and 2016, respectively, but the agreements have yet to be implemented. Negotiations with India, Japan and Indonesia are ongoing and could take years, and there are none yet with China.

EU trade agreements have exacting standards that are difficult to meet, raising the question as to how different or lower British standards would be to get access to the markets it needs.

None of this is encouraging and explains why global powers such as China, Japan, India, the U.S. and the EU unanimously spoke out against Brexit last year, bewildered as to why the U.K. would ever want to do such a thing. At present, the U.K. sells almost as much to Belgium as it does to China and three times as much to Holland as to India. Southeast Asia does not even feature in its top fifteen export markets.

While almost all of Asia, with its focus on economic development, finds Brexit incomprehensible, it is also quickly learning as the region debates its own future on questions such as unity, shared vision and democracy.

"Elected politicians were so convinced of the intrinsic correctness and grandeur of their vision of Europe, that they pursued it regardless of the wishes of substantial numbers of their electorates," noted Singaporean Ambassador-at-Large Bilahari Kausikan.

Positions will harden during the Brexit negotiations, highlighting such controversial issues as race, ethnicity and citizenship, which will affect upcoming elections later this year in France and Germany, the two major powers within the EU. In the short term, Europe will become more inward looking. The simmering economic crises in Greece, Spain and Portugal continue, and Hungary and other former Soviet bloc countries are openly challenging EU values and regulations.

The European experiment of a regional shared vision and rule of law is wobbling. Asia will no doubt be taking note as to whether -- and how -- the EU will recover, while trying to figure out how it can avoid repeating Europe's mistakes. 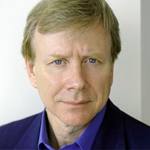 Humphrey Hawksley is a former BBC correspondent and Asia specialist; his next book, "Asian Waters," will be published later this year.