There is no iron law stating that the arms buildup underway in the Asia-Pacific region must trigger a war that would kill millions and wreck economies. However, there is also no reason to suppose that more spending -- combined with the U.S. "pivot" to locate 60% of its military assets in the region -- will be a stabilizing influence that reduces the chances of dangerous miscalculations. Nor is there any guarantee that extra funding will be used wisely, rather than wasted on technologies that are rapidly losing their advantages, such as "stealth" equipment. 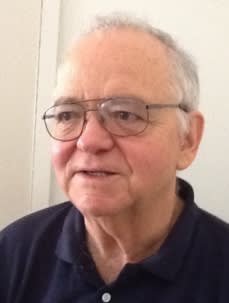 The nature of the spending can also be more problematic than the quantum. Spending to deploy more Aegis ballistic missile defense systems on U.S., Japanese, South Korean and possibly Australian destroyers, for example, is destabilizing. In August, the U.S. military newspaper Stars and Stripes noted that Chinese leaders were concerned that these systems might undermine the ability of their nuclear forces to deter a nuclear attack. The newspaper quoted Yao Yunzhu, a senior general, as saying the systems were "capable of intercepting residue Chinese nuclear weapons launched for retaliation after it has already been attacked, thus potentially negating the deterrence effect of the Chinese nuclear arsenal."

China is now expanding and upgrading the retaliatory capability of its small, highly vulnerable force of intercontinental ballistic missiles so that it can still rely on the doctrine of mutually assured destruction. The Pentagon has not updated its 2010 estimate that China has 50 to 75 ICBMs, and U.S.-Russia arms control agreements allow those countries' nuclear forces to remain much larger than what China is likely to build anytime soon. But China will not need to reach parity before its forces are resilient enough to negate the many tens of billions of dollars the U.S. and its partners are spending on ballistic missile defense systems.

In terms of conventional weapons, one risk is that China's leadership will agree with Western pundits who claim that its inexperienced forces are already strong enough to defeat the U.S. and its partners in a war offshore. The more plausible result is that China would lose against the superior, high-tech military forces that the Pentagon would deploy under what it calls its Air-Sea Battle plan.

Yet there is also a danger that a humiliated China might respond to an initial loss by strengthening its military power for protracted retaliation later on. Ultimately, there can be no lasting victory against China unless foreign forces win horrific land battles to subdue and occupy a country of more than 1.3 billion people -- an almost impossible task. Perhaps unsurprisingly, the U.S. Air-Sea Battle plan does not explain the role of the Army or Marines in this context.

The size of military spending can matter, particularly in North Korea, where it feeds hostility rather than the population. But tallies of the planes and tanks a country possesses often tell us little about their utility. While Saddam Hussein's Iraq was often depicted as having a huge arsenal, it proved useless during the May 2003 invasion. Earlier this year, a nominally large Iraqi army ran away when confronted by a relatively small band of Islamic State extremists.

Almost no one suggests that China would collapse if invaded. However, its ability to project power beyond its immediate maritime waters is strongly contested. 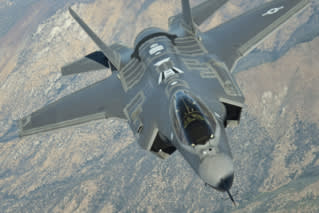 The U.S. is poised to supply the F-35 to a number of Asia-Pacific nations.

Those who claim that China is a potential threat point to its impressive array of new weapons systems. But in mid-November, the Sydney-based Kokoda Foundation countered with a report bluntly titled "Why China Will Not Become the Dominant Power in Asia." Authors Paul Dibb, a former deputy head of the Australian defense department, and John Lee, a visiting senior scholar at Singapore's Institute for Southeast Asian Studies, argue that the inexperienced Chinese military has many deficiencies and will long remain inferior to the combination of U.S. and other forces.

The latest data from the International Institute for Strategic Studies shows that military spending in the Asia-Pacific region is rising faster than in the rest of the world. Even so, the institute said the U.S. spent $600 billion in 2013, compared with second-ranked China's $112 billion at market exchange rates. Those figures represented 3.7% of U.S. gross domestic product and 1.24% of China's. Other sources give higher numbers for China. Either way, Beijing will find big spending increases hard to sustain if a maturing domestic economy generates reduced GDP growth.

Some spending is likely to disappoint, especially for countries that overestimate the ability of stealth technology to make fighter planes and submarines largely immune to detection. Adm. Jonathan Greenert, chief of the U.S. Navy, has warned: "The rapid expansion of computing power ... ushers in new sensors and methods that will make stealth and its advantages increasingly difficult to maintain above and below the water ... With better processing ... weak, fragmented signals can be combined to create actionable target information."

Faster processing and longer-wavelength radars make it much easier to detect supposedly stealthy aircraft like the Lockheed Martin F-35 Lightning II fighter that the U.S. is planning to sell to Japan, South Korea, Australia and possibly Singapore. The U.S. will also deploy the F-35 in the Asia-Pacific along with its existing Lockheed Martin F-22 Raptor stealth fighters. Australia's Jindalee over-the-horizon radar network can already track stealth aircraft.

China, which relies heavily on conventional fighters designed by Russia's Sukhoi Aviation, is developing its own stealth jets. A prototype, the J-31, flew at an air show over Zhuhai, Guangdong Province, on Nov. 11. Still, in an annual report to Congress in June, the Pentagon said that the Chinese military "faces numerous challenges to achieving full [stealth] operational capability."

Andrew Davies, a senior analyst at the Australian Strategic Policy Institute, predicts that in the future, "the sky and the ocean could be full of cheap and numerous detectors, processors and communication links." This, he said, would "revolutionize anti-submarine warfare" and make sneaking large subs into contested spaces "prohibitively difficult."

Nevertheless, many Asia-Pacific countries are ordering new submarines to expand their fleets or replace old boats.

The Pentagon's 2014 report said China has three submarines equipped with nuclear-armed ballistic missiles and two nuclear-powered attack subs. It is getting a few more of each. The Pentagon also referred to China's 37 operational diesel-electric subs -- excluding older ones that are being decommissioned -- and said it may add eight newer boats.

Vietnam is getting its first submarines -- six new Russian boats of the Kilo class. And Japan's Soryu class, built by Mitsubishi Heavy Industries and Kawasaki Heavy Industries, is attracting attention after Abe said he wanted Japan to export military equipment, despite some domestic opposition. Although it has other opportunities in a highly competitive market, Japan's best hope is to sell a version of the Soryu to Australia, costing well over $20 billion for 10 boats. Australian Prime Minister Tony Abbott is keen, but some officials and former submariners prefer to buy from the German manufacturer ThyssenKrupp, which has far more export experience.

Any sale will be complicated by a puzzling requirement for Australia's notoriously inefficient naval shipbuilding industry to install a U.S. combat and control system. Around a dozen other countries, including Japan, South Korea and Singapore, operate submarines without an American system, yet the U.S. Navy cooperates successfully with them.

Even though subs can refuel, Australia will also want costly changes to extend the Soryu's existing range of about 11,000km to close to 20,000km. The main goal is to provide the U.S. with intelligence gathered in Northeast Asia from an Australian base. However, Japan's own Soryu boats and South Korea's German-designed subs can do that job. ASPI analysts say that in wartime, the U.S. would probably prefer Australia to concentrate on maritime "choke points" around Indonesia.

Some Australian analysts argue that Singapore's new ThyssenKrupp Type 218 submarine, which is smaller than the Soryu but has lithium-ion batteries and a longer range, would be ample for Australia's needs. Given vast improvements in detection capabilities, smaller will usually be better than bigger. Rapid advances with small surface and subsurface "drones" launched from planes or ships suggest most countries would be better off with a mix of drones and small to midsize submarines.

In the end, though, countries with money to spend do not seem all that concerned about the survivability of what they buy.

Brian Toohey is a Sydney-based commentator on defense, economic and political issues, and was editor of the former National Times. He is co-author of "Oyster: The Story of the Australian Secret Intelligence Service."