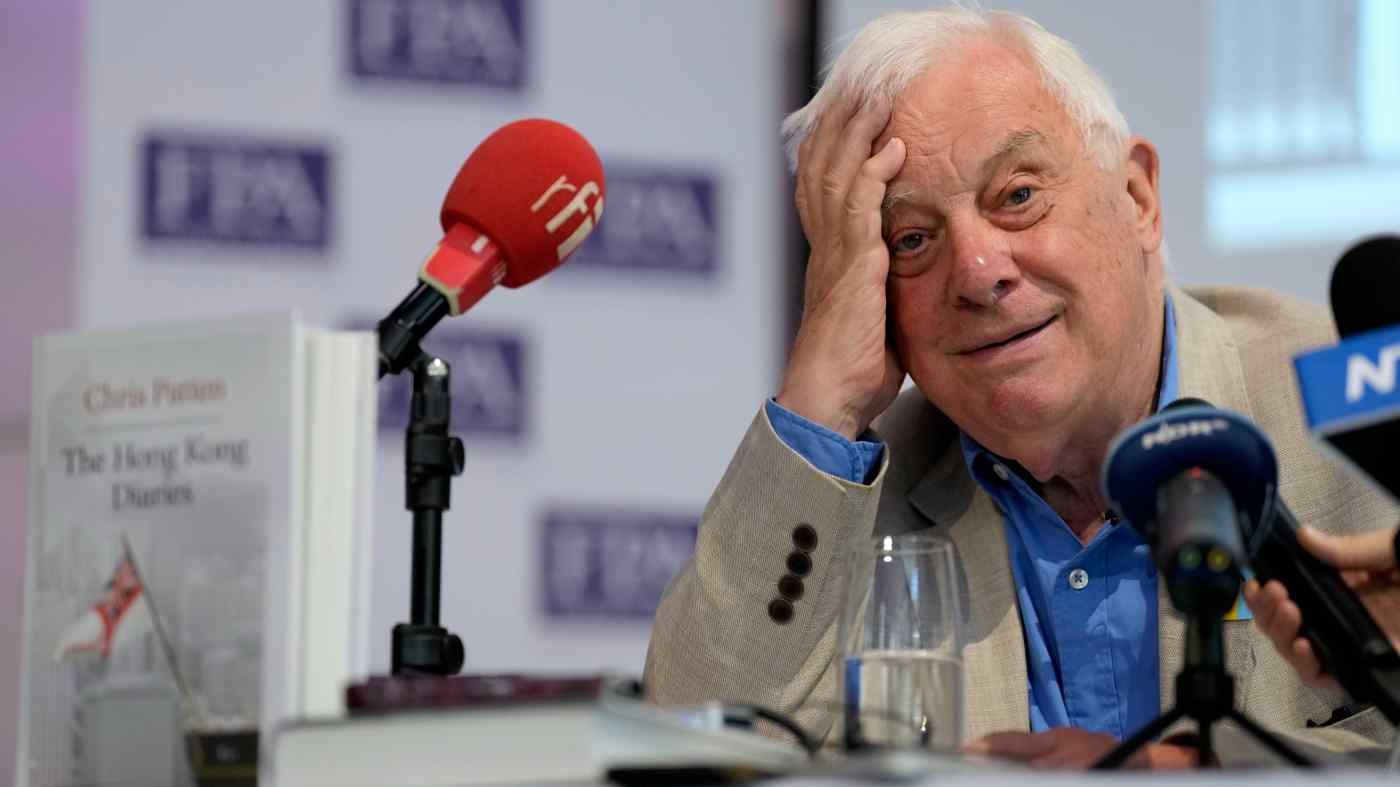 Chris Patten, the last British governor of Hong Kong, does an interview ahead of the publication of his memoirs "The Hong Kong Diaries." The book's release coincides with the 25th anniversary of the former British colony's handover to China.   © AP
RHYANNON BARTLETT-IMADEGAWA and PAK YIU, Nikkei staff writersJuly 1, 2022 18:43 JST | Hong Kong
CopyCopied

Chris Patten, who governed the former British colony for five years, recently recalled being asked why the world's oldest parliamentary democracy was handing back a territory with civil liberties to a country with no such guarantees.