Supporters of Kem Sokha, the imprisoned leader of the shuttered Cambodia National Rescue Party, outside a Phnom Penh court in September.   © Reuters

MANILA -- Cambodia's Supreme Court has ordered the break-up of the main opposition Cambodian National Rescue Party over allegations that it aimed to topple the government.

The ruling was widely expected, including by the CNRP, which did not send lawyers to contest the case. The court is headed by a judge who is a member of the ruling Cambodian People's Party. 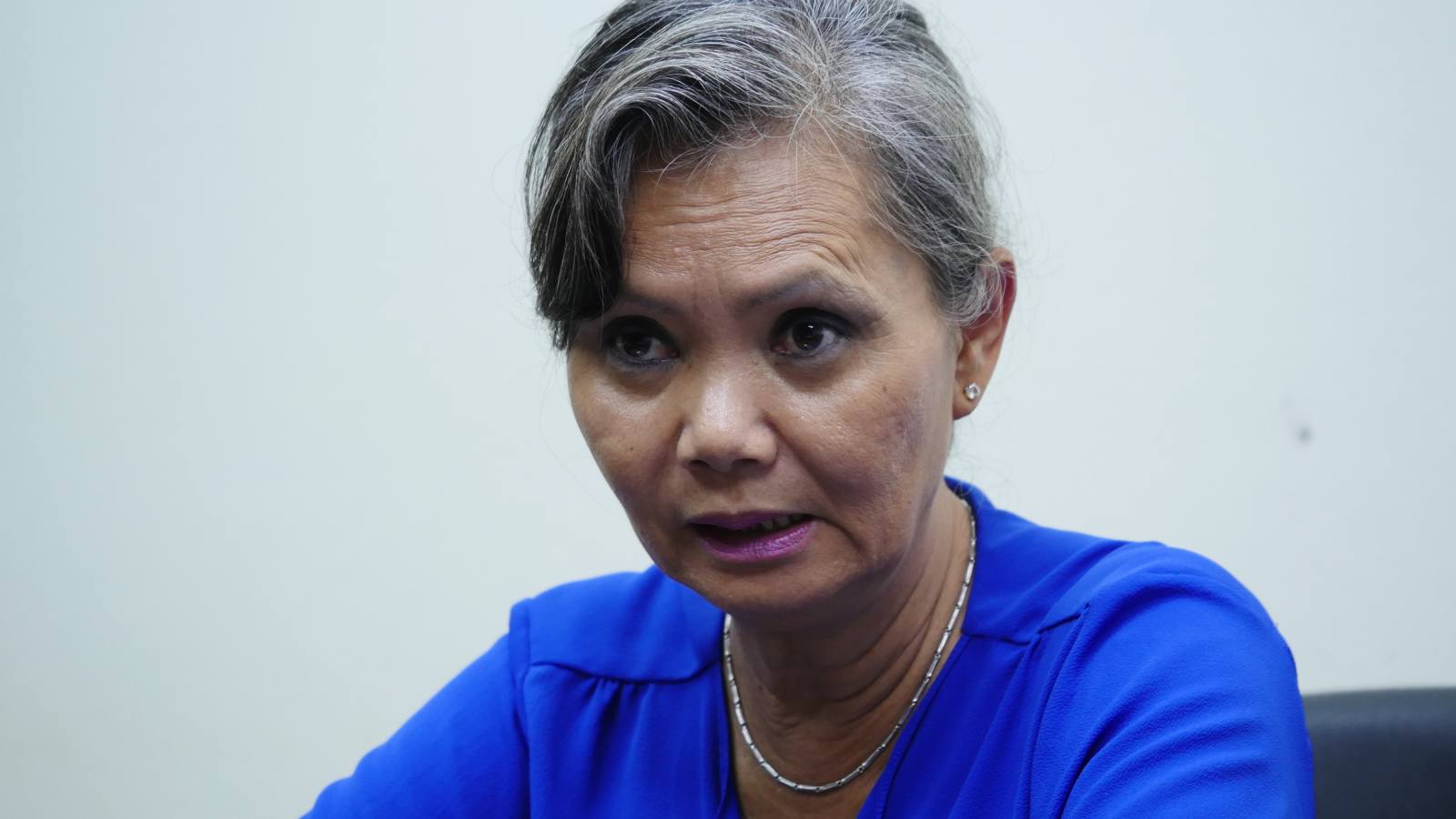 The decision means that Prime Minister Hun Sen, in office since 1985, will face little opposition in national elections scheduled for July 2018.

The CNRP came close to matching CPP in national elections in 2013, winning 44.46% of the popular vote. There was a similar outcome in local elections earlier this year.

With the CPP's old majority being eroded, the risk of being further challenged at the polls appears to have unsettled Hun Sen, who has overseen a crackdown on the CNRP since local elections in June.

Opposition leader Kem Sokha was arrested in September, and charged with treason over an alleged plot to take power with the connivance of foreign powers. Cambodian authorities have also targeted media, forcing the closure of The Cambodia Daily, an English language newspaper, over allegations that it failed to pay tax.

Today's court decision also means that 118 members of the CNRP will be banned from politics for five years. Fearing arrest, many in the opposition -- including its former leader Sam Rainsy and his outspoken colleague Mu Sochea -- have already fled Cambodia. Immediately after the verdict, the ASEAN Parliamentarians for Human Rights, a group of reformist members of parliament from around Southeast Asia, said it was calling on "international partners to cancel their engagement in next year's national elections."

"The Supreme Court has hammered the final nail in the coffin for Cambodian democracy," said Charles Santiago, a Malaysian opposition MP.

Ahead of the verdict, Monovithya Kem, a leading member of the now-dissolved CNRP and the daughter of Kem Sokha, called on the international community to communicate to the Cambodian government "specific repercussions if the current crisis is not resolved in a timely manner" to restore the possibility of a fair election next year, "meaning the immediate release of Kem Sokha and reinstatement of independent media among other things."

On Nov. 14, the crackdown on the Cambodian opposition was raised with Foreign Minister Prak Sokhonn by US officials. The U.S. statement about the meeting did not mention the court case directly, but said "the U.S. side forthrightly expressed strong concerns about recent steps that challenge the country's democratic progress."

However, that meeting took place in Manila on the sidelines of the just-concluded ASEAN summits, where Hun Sen and U.S. President Donald Trump posed together. Both men were wearing a barong -- an ornate, cream-colored ceremonial Philippine shirt. The U.S. president was pictured grinning with a thumb raised.

While in Manila, Hun Sen lauded Trump, telling him that he predicted his shock election win over Hillary Clinton just over a year ago. He called on the US president to reprimand his own officials and the U.S. embassy in Phnom Penh, which Hun Sen accused of supporting the opposition.

In 2016,72% of Cambodia's vital garment exports went to North America and Europe, but, backed strongly by China, an increasingly important investor and donor, Hun Sen's steamrolling of any opposition appears unstoppable. The long-time leader appears unfazed by Western criticism. Police officers stand guard at the Supreme Court during a hearing to decide whether to dissolve the main opposition Cambodia National Rescue Party (CNRP), in Phnom Penh, Cambodia, November 16, 2017.   © Reuters

From 1994 to 2016, China invested $14.7 billion in Cambodia, according to official statistics. Despite being seen to do China's bidding, most notably when blocking the Association of Southeast Asian Nations from making a common statement on the disputed South China Sea as far back as 2012, Hun Sen has played the nationalist card, insinuating that the CNRP is a U.S. front. Speaking on Monday ahead of the verdict, he said,  "Cambodia is a sovereign state and independent to exercise our rights without any foreign orders."

U.S. officials have rebutted Cambodian government allegations that the U.S. is meddling in Cambodian politics. The Nov. 14 statement spoke of "unfounded accusations and criticisms of the United States, including U.S. diplomats in Cambodia" that "contradict the spirit of improved and productive bilateral relations between our two countries."