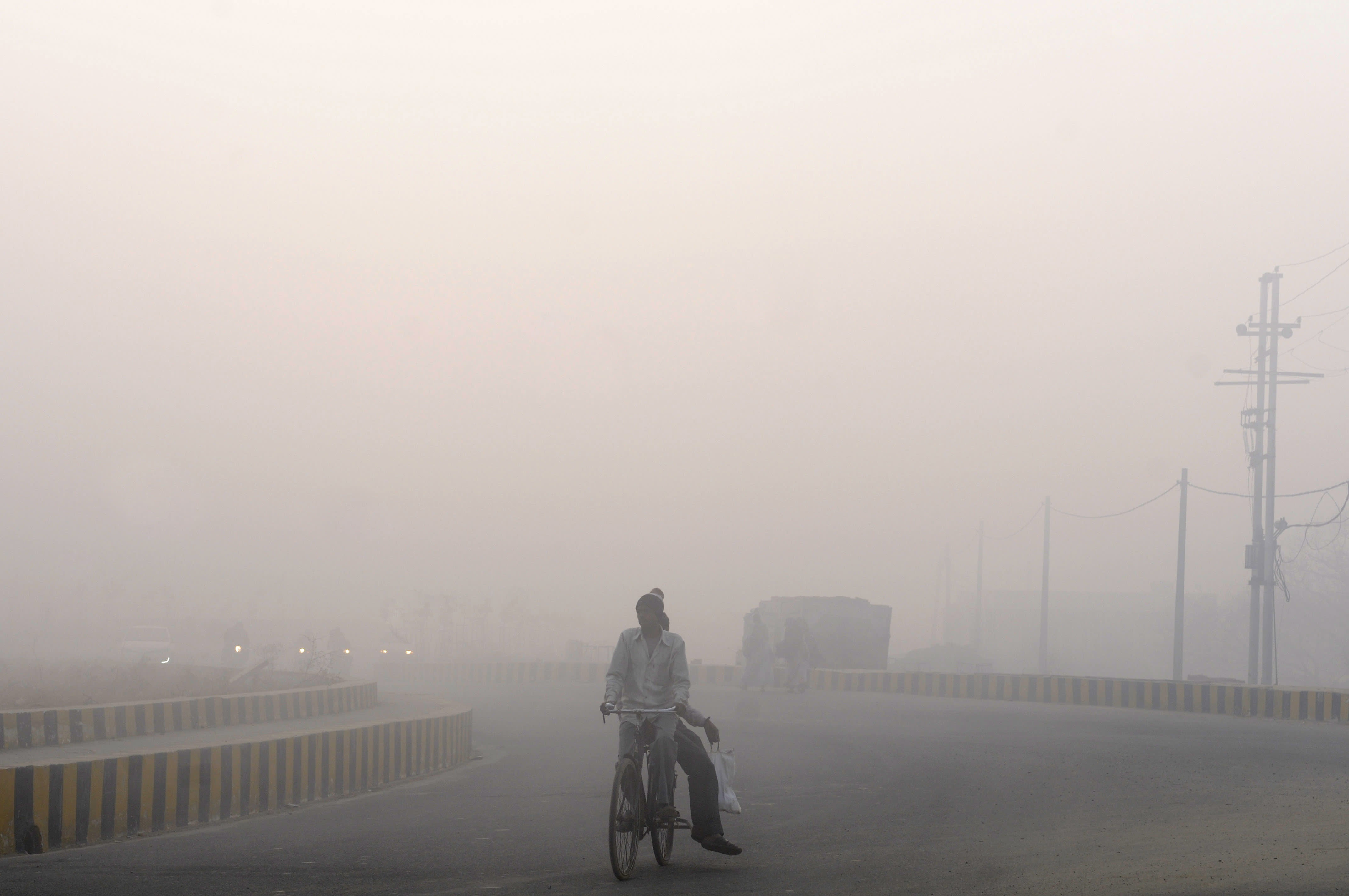 The 21st century global order is becoming more uncertain. The Cold War of the last century had one virtue: structure. The threat of nuclear annihilation focused that structure with stark clarity. Today, we still have danger -- although of a lesser magnitude -- but without structure or clarity.

No one really knows what will replace the Cold War as a frame of reference. More than a quarter of a century has passed since the Berlin Wall was torn down, but we still call that period the "post-Cold War era." Ours is an age without definition.

Without a global structure, there can be no leadership. Without leadership, many urgent issues will be left unresolved or dealt with unsatisfactorily, exacerbating uncertainties.

There was a brief post-Cold War unipolar moment, during which the West seemed to define the world alone.

The illusions that flourished in this short period were immensely damaging, particularly in the Middle East, where the interventions that destroyed the existing regional order were justified by the illusion of the universality of certain interpretations of democracy and human rights.

The disintegration of first Iraq and then Syria shattered the regional balance. Chaos in the Middle East has global ramifications that will play out for many years to come. But the illusion of universality has not yet been discredited and still contributes to the difficulties of establishing a new, stable global order.

Notwithstanding loose talk about multipolarity, the U.S. is still dominant in most indices of power. But the U.S. clearly needs help to exercise leadership, as it did during the Cold War.

The difference is that unlike then, there is now no compelling strategic imperative for other states to accept U.S. leadership except on an ad hoc and partial basis. There are no common values except at such a high level of generality as to prescribe nothing of practical significance.

In any case, who can now provide sustained help to the U.S.?

Can Europe step up? The region is tangled in knots of its own making. At the heart of the post-Cold War European idea is a fundamental contradiction. The European Union is intended to be a post-nationalist construct. Yet, paradoxically, it is inspired by nationalist fears about the future behavior of Germany, the largest member state.

European elites believe that sovereignties can be "pooled" and national identities subsumed in a new superior pan-European identity based on a utopian idea of universal rights and a generous social model. But their populations clearly do not agree and the social model is unsustainable.

The rise of anti-EU right-wing movements is one manifestation of this contradiction; the eurozone crisis was another symptom. Was it ever realistic to expect Greeks, or for that matter Frenchmen, to behave with the fiscal discipline of Germans?

Worse still, most nonwhite, Muslim Europeans face discrimination, ghettoization and disproportionately high levels of unemployment, making them in effect second-class Europeans. The divergence between the lofty ideal and the grim reality makes them susceptible to radicalization.

The Paris attacks, and those in London before that, were carried out by such second-generation "Europeans." The flood of refugees and migrants from the Middle East into Europe will probably exacerbate the situation.

To be viable, the EU will have to scale down its ambitions, redefine what it means to be European and perhaps accept some sort of fiscal regime policed by Berlin.

But even if it does, a common foreign and security policy will likely remain only a pious aspiration. The general trend of European defense spending is down. Can soft power without hard power influence geopolitics?

Can the so-called BRICS (Brazil, Russia, India, China and South Africa) play a role? Not much unites the BRICS except a vague dissatisfaction with the existing order and the desire for greater recognition of their status. But they are not all equally dissatisfied, and the sources of their discontent are not identical.

Their ambitions are largely contradictory, or will prove so, or are unsupported by capability: Does China support India's desire to become a permanent member of the United Nations Security Council? Can Sino-Russian ambitions in Central Asia be reconciled? Can Brazil and South Africa really play anything more than occasional regional roles?

What about China on its own? Any new global order must have U.S.-China relations as one of its central pillars. But this is a relationship between interdependent competitors and ambivalence is one of its most salient features.

On a global scale, China is still more free-rider than a power that has either embraced global responsibilities or is clearly revisionist. China has benefited from the existing order. It wants its new status and interests acknowledged. But Beijing is not about to kick over the table and demand sweeping revisions across the board.

China has neither the capacity nor the interest to do so, even in East Asia, its backyard, where Beijing is assertively pursuing a role that is in accordance with what it believes was its historical position and what it believes are its territorial rights.

President Xi Jinping's "One Belt, One Road" strategy is an ambitious vision of a Sino-centric transcontinental order. Can the vision be fully realized? Can China be "contained"? Should it? Does the vision require the U.S. to be displaced from East Asia? There are as yet no clear answers.

China has proposed a "new type of major power relations" that implies a legitimate role for the U.S. in East Asia even if the parameters of that role are yet to be defined. But China has also spoken about Asian problems being resolved by Asians. What is "Asia" or "the West" in post-Cold War geopolitical terms anyway?

The fact is that neither the U.S. nor China really know what they want from each other, even as they each seek a new modus vivendi. The strategic mistrust that permeates the Sino-U.S. relationship, which is rooted in the universalist illusions of the U.S. on the one hand and Beijing's triumphalist nationalism on the other, do not make the search for accommodation any easier.

Still, U.S.-China competition need not lead to conflict, even in areas of tension such as the South China Sea. The risk is conflict by accident, not war by design. And if accidents occur, both sides will do their best to contain the situation. Neither is looking for trouble, even as it pursues its interests.

When the USS Lassen recently carried out a Freedom of Navigation operation in waters claimed by China, the People's Liberation Army Navy predictably intercepted and shadowed the U.S. vessel. But the Chinese adhered strictly to a Code for Unplanned Encounters at Sea that the U.S. and China agreed to in 2014.

The ambiguities of contemporary East Asia have led most countries that can to simultaneously hedge their bets and balance between superpowers. No one in East Asia wants to have to choose between the U.S. and China. At a time when the regional and global structure is so fluid, to be forced into invidious choices is dangerous. The successful will be those who have best learned to live with uncertainty.

Bilahari Kausikan is a former permanent secretary of Singapore's Ministry of Foreign Affairs and currently serves as ambassador-at-large; these are his personal views.