Plans for slashing emissions hazy but companies under pressure to deliver 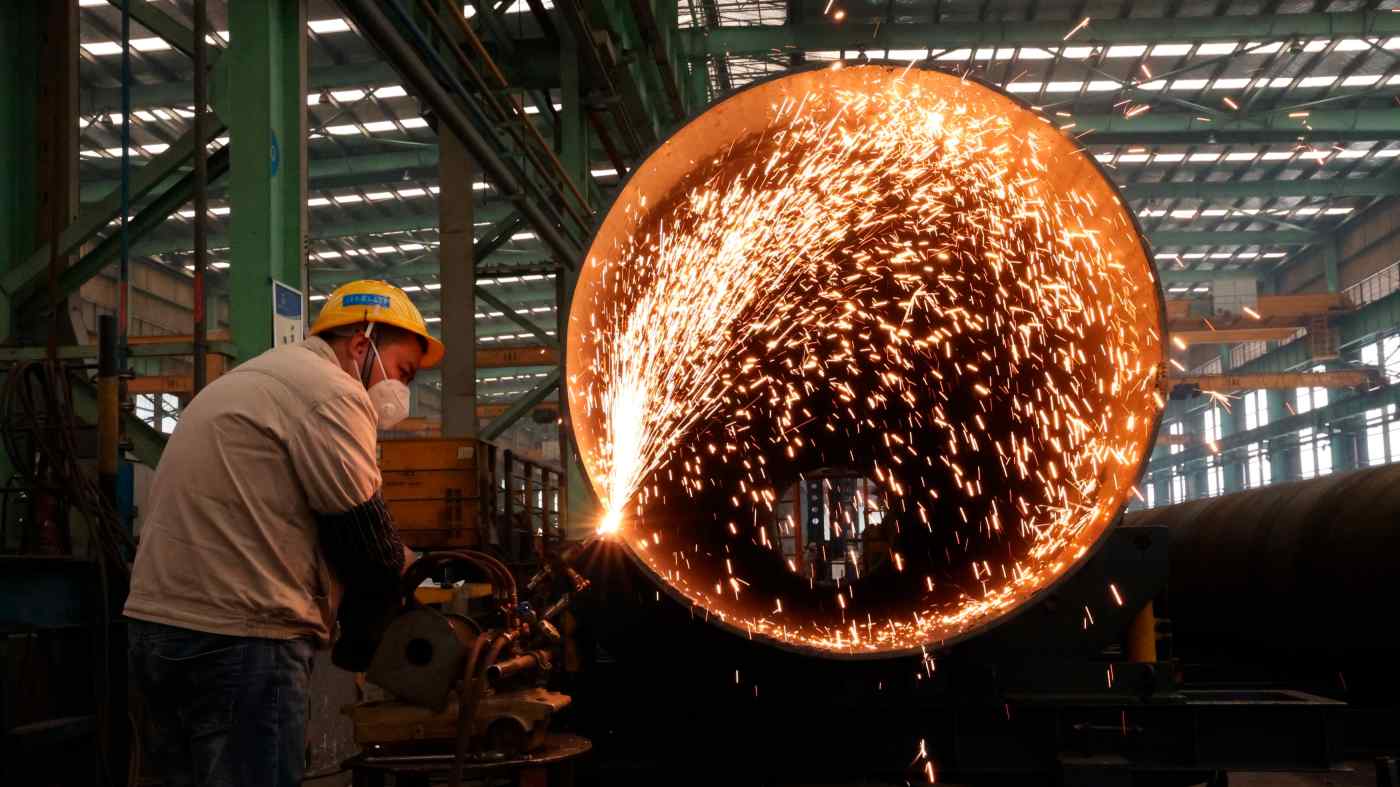 SHANGHAI -- Chinese legislators, due to convene Friday in Beijing, are expected to set out a timetable for achieving President Xi Jinping's goal of eliminating net carbon dioxide emissions by 2060.

Ahead of the annual National People's Congress session which is to adopt a new five-year national development plan, many of the country's largest companies -- and emitters -- have been making a point of publicly embracing the goal of carbon neutrality.

State-owned oil company PetroChina has pledged to spend up to $1.5 billion annually over the next five years on low-carbon energy generation projects, as a step toward "near zero" net emissions. The country's largest steel and aluminum producers vowed in January to deploy new technologies to curtail their emissions. And internet conglomerate Tencent Holdings has promised to use artificial intelligence and solar power to deal with the power needs of its offices and data centers.

"The most important thing in China is whether a goal has a high priority for the central leadership," said Xu Yuan, a professor of resource management at the Chinese University of Hong Kong. "In the case of carbon neutrality, it does occupy a position on the top list. The pledges by these companies thus are meaningful [and] will be used to evaluate the performance of their management teams."

Beijing is most concerned about the 2060 target itself, he said, not how it is reached.

"Large state-owned enterprises are not much constrained in taking whatever actions or deploying technologies, as long as they can achieve the goal," he said. "If yes, rewards will be distributed, such as promotion opportunities. If not, punishments will occur."

Corporate announcements on curtailed carbon emissions have been light on hard details so far.

Max Petrov, principal corporate research analyst at energy information company Wood Mackenzie, noted in comments on his company's website that PetroChina's investment pledges amount to just 1%-2% of its planned annual spending, compared with as much as 20% or even 33% that European oil companies like BP and Eni have allocated.

"I just don't see PetroChina ready to embark on the kind of transformation that the likes of BP and Eni have announced," he said. "The company's mandate remains firmly in oil and gas. Is PetroChina ready to transform its existing profitable businesses? Highly unlikely."

Chen Derong, chairman at state-owned Baowu Steel Group, said in January that his company would step up research to promote sustainable development of the steel industry, which accounts for 15% of China's carbon emissions. It will promote the use of digital technology including AI to integrate management and production for more efficient use of resources and energy.

Aluminum Corp. of China and China Hongqiao Group, the country's largest state-owned and private-sector aluminum producers respectively, set out a joint seven-point plan for low carbon development in January, with a similar focus on technological adaptation.

"Together we aim to strengthen responsibility, highlight synergy, and achieve the goal of 'carbon peak' and realize the vision of 'carbon neutral' for our country on schedule and make the aluminum industry better for building a beautiful China and a beautiful world," they said.

Despite the vague pledges, analysts view the corporate signaling as significant.

"Even without a clear road map, these pledges will likely have real implications for the decarbonization of the energy sector," said Li Yifei, assistant professor of environmental studies at New York University Shanghai. "We will likely see some high-profile decarbonization 'demonstration projects' coming from Chinese big oil and steel companies in the coming months."

"There are not many concrete measures in the oil and steel enterprises' pledges so far, but the carbon neutrality vision will start to affect enterprises' decision-making processes and future investments," said Yan Qin, a lead energy analyst at data service Refinitiv. "In order to [reach] peak emissions before 2030, power and industry sectors would have to take measures to improve efficiency and reduce emissions."

She expects carbon trading to play a significant role in driving this process. China officially launched a national carbon trading system last month though actual trading has yet to start and only large power producers are subject to emissions caps for now.

"The regulator does not want to scare off participants in the first years with too strict requirements," Yan said. "[But] the regulator has said that the benchmarks will be tightened each year."

Governments and companies elsewhere will be closely watching the moves of China Inc., given that the country is the world's biggest emitter of carbon.

"The role of China and its contribution is most important to the success of global efforts to tackle climate change," said Pavan Vyakaranam, a power analyst at research company GlobalData.

NYU's Li, however, noted that China Inc.'s activities now extend well beyond the country's borders, with investments in foreign production on the rise.

"The carbon footprint of the Chinese economy is global," he said. "It would be a shame for these SOEs (state-owned enterprises) to make decarbonization gains at the home market while generating even more emissions overseas."