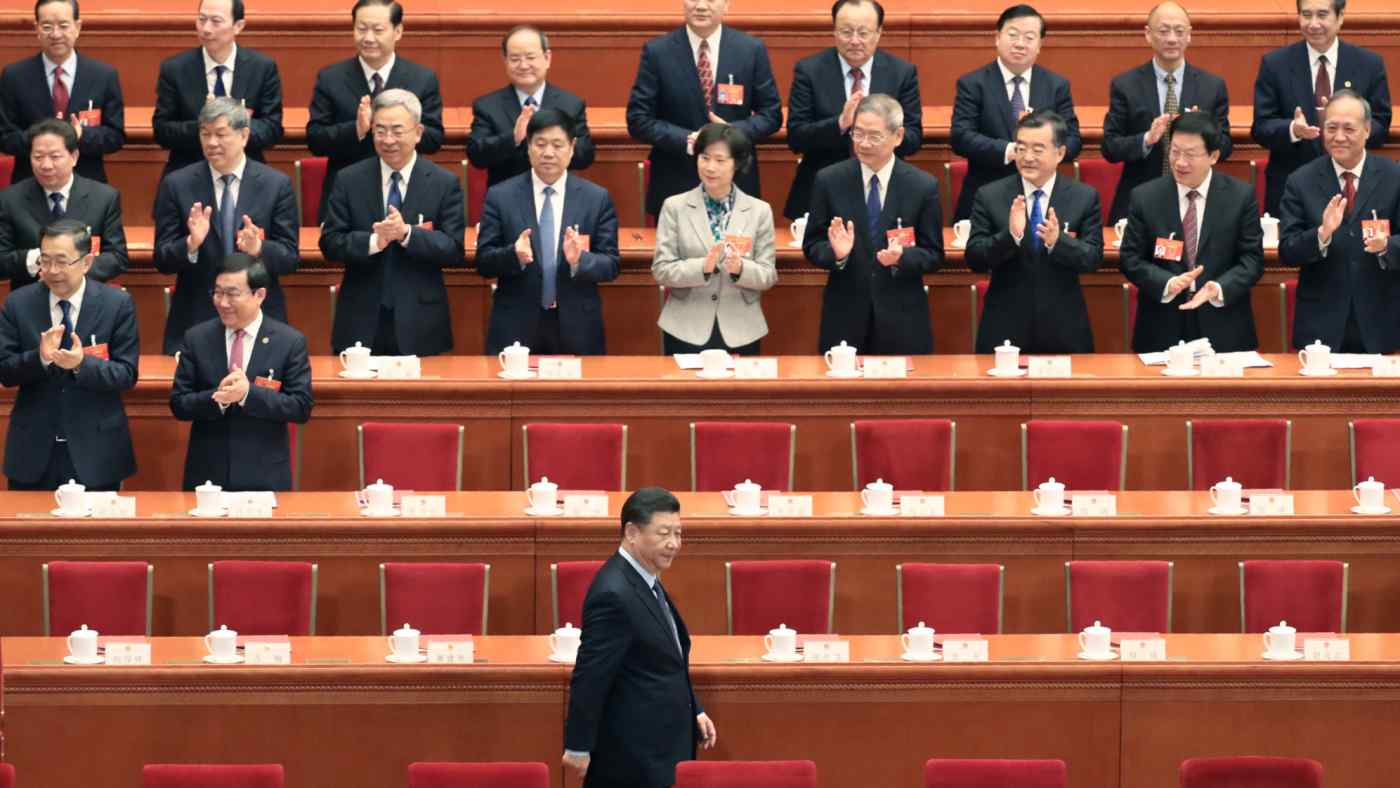 Chinese President Xi Jinping walks to his seat at the Great Hall of the People in Beijing on March 15, for the closing session of the National People's Congress. (Photo by Taro Yokosawa)
TETSUSHI TAKAHASHI, Nikkei China bureau chiefMarch 16, 2019 02:42 JST | China
CopyCopied

BEIJING -- China appeared to shift away from cementing its place as the world's rising superpower at its once-a-year congress which ended Friday, instead turning inward as President Xi Jinping grapples with an ever-growing list of headwinds, from the protracted trade war with the U.S. to slowing growth.

In a sharp contrast from the National People's Congress in 2018, which paved the way for Xi to remain in power into the 2030s by scrapping term limits, the Chinese leader this year was often seen wearing a stern expression, starting with the opening ceremony on March 5.