China hails 2019 as a 'critical year' to realize Xi's goals

Nation's biggest political meetings of the year kicked off on Sunday 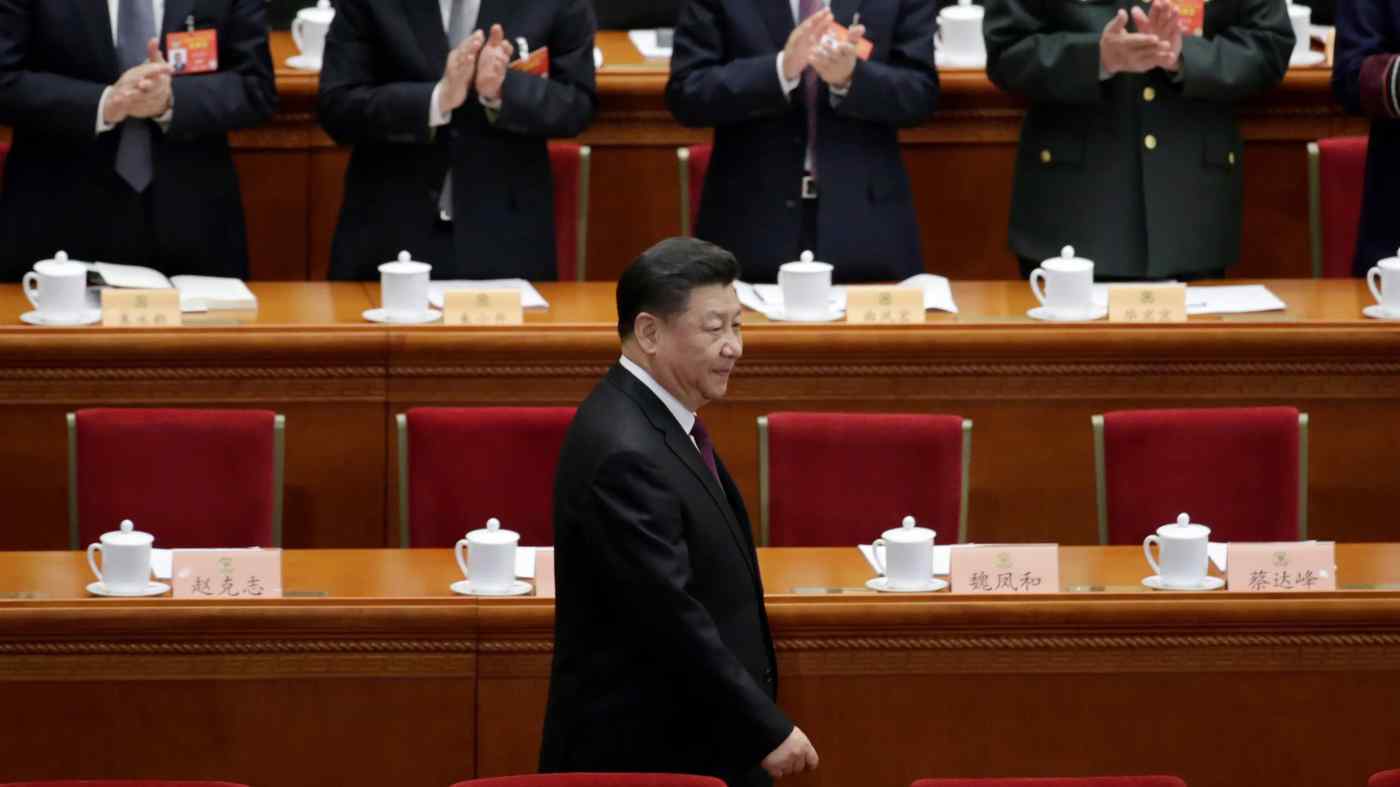 BEIJING -- Chinese lawmakers on Sunday began the first of the nation's two biggest legislative meetings with a rallying call to achieve the goals set by the leadership.

"This year is a critical year for us in completing the [goal] of building a moderately prosperous society in all respects by 2020," said Wang Yang, chair of the Chinese People's Political Consultative Conference, or CPPCC -- the country's foremost political advisory body.

Wang listed the execution of the Communist Party of China's guidelines as the "major task" of the year. One goal is to double income per capita by 2020 from a decade earlier. He also referred to a poverty eradication goal, which aims to lift 30 million poor rural residents out of poverty.

In front of an audience that included President Xi Jinping and more than 2,000 delegates, Wang said the country must come together amid the risks and challenges ahead.

Growth in the world's second-largest economy is decelerating as domestic consumption slows and Beijing grapples with Washington over trade, tech and security issues.

"This year's gatherings are expected to garner more attention both at home and abroad as they shed light on how the country will manage to maintain stable and high-quality growth amid lingering downward pressure," the official Xinhua News Agency reported Sunday.

At the National People's Congress, starting Tuesday, China is projected to announce a gross domestic product expansion target for 2019 of between 6% and 6.5%, down from last year's 6.6%. A fiscal stimulus package in the form of tax cuts and bond issuance is expected, which will likely push up the budget deficit-to-GDP ratio.

With a possible leaders' summit with the U.S. in the cards later this month, China may stress new draft laws on foreign investments and patents to placate issues raised by Washington on intellectual property and technology transfers.

China has also been grappling with allegations that its companies, including Huawei Technologies, pose a security threat to countries such as the U.S.

Robin Li, the chief executive of internet giant Baidu, was one of many academics and corporate figures to attend Sunday's meeting. When asked by reporters for his take on China's advances in artificial intelligence, Li gave a balanced reply and hinted about the future direction of the technology.

"China's AI development is one of the best globally, supported by data superiority, human talent and capital," he said.

But Li also acknowledged that China lags the U.S. in term of basic theory research.

He added that AI would enable more voice-controlled electronic devices to enable users to use smartphones in a more natural and minimal way.