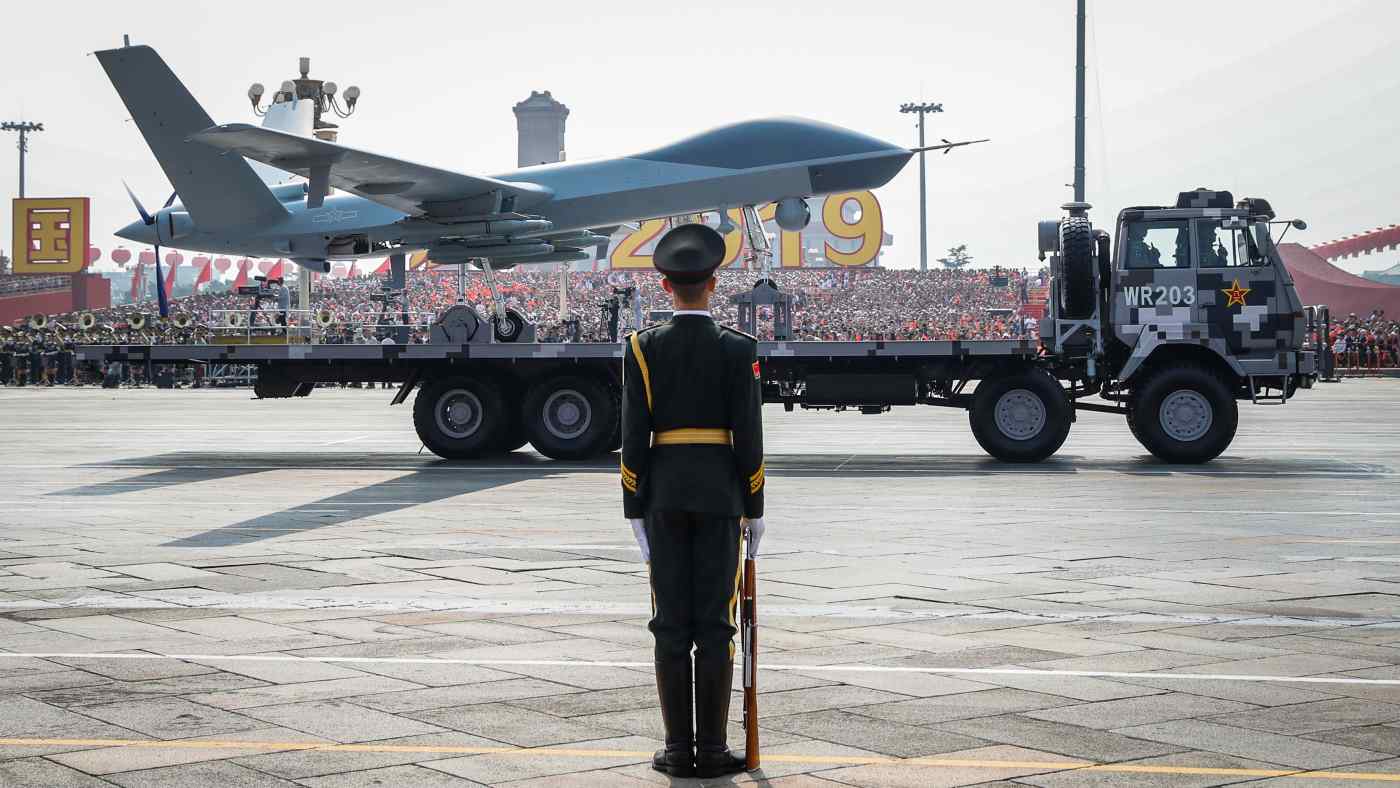 A military truck carrying an unmanned jet parades past Tiananmen Square during celebrations to mark the 70th anniversary of the formation of the People's Republic of China on Oct. 1, 2019.    © Reuters
CK TAN, Nikkei staff writerMay 27, 2020 19:53 JST | China
CopyCopied

SHANGHAI -- The headline-grabbing debates on slowing growth and the new Hong Kong security bill have obscured China's announcements about high-technology developments at the ongoing National People's Congress, the country's legislative sessions being held in Beijing.

Among the announcements made, at a time when nationalist sentiment is running high, is that the construction of the $5 billion Circular Electron Positron Collider, not unlike the CERN project in Switzerland, is moving a pace. Some of the equipment for the project to find the elusive Higgs boson particle that could yield clues to the origins of life has reached "design standard," Wang Yifang, director of the Institute of High Energy Physics, told state media Global Times on Monday.