China promises US not to devalue currency to boost exports BEIJING -- China has pledged to the U.S. not to use currency devaluation to boost exports, the central bank governor said Sunday.

Speaking on the sidelines of the annual National People's Congress in Beijing, People's Bank of China Gov. Yi Gang said that "the two sides have reached consensus on many crucial questions" including currency, in ongoing U.S.-China trade talks.

"I emphasize here that we will never make use of foreign exchange for competition purposes, nor will we use it to boost exports," Yi said, adding that the Chinese side had "promised" this to U.S. officials.

U.S. President Donald Trump has long accused China of devaluing the yuan to gain an advantage in trade, although he has not pointed to specific evidence of the assertions. While Yi's comments addressed those concerns, which have been a sticking point in the trade talks, he stopped short of promising that Beijing would keep the yuan stable.

In an apparent nod to his domestic audience, the PBOC governor also emphasized the importance of maintaining independence when setting policy. Yi said talks on currency included how to respect the autonomy of authorities on both sides when setting monetary policies, as well as adopting standards set by the International Monetary Fund to disclose information. 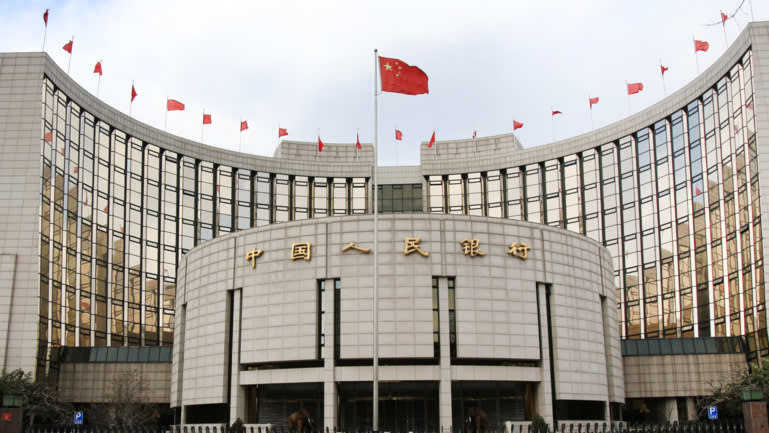 The People's Bank of China headquarters in Beijing. China has cut the ratio of cash that banks must hold as reserves five times in the past year. (Photo by Kosaku Mimura)

He added that the market should be the driving force in forming China's exchange rate.

"The central bank has already largely exited daily intervention of the foreign-exchange market," he said, adding that having a certain degree of flexibility and fluctuation in the market was good for the economy.

Regarding the opening up of China's financial markets -- another topic in trade talks with the U.S. -- Yi signaled that Beijing will proceed according to its own schedule.

Currently, China requires foreign companies to form joint ventures with local businesses to engage in securities and insurance operations. While China has allowed foreign players to hold majority stakes since last year and plans to recognize wholly owned foreign entities in 2021, U.S. Treasury Secretary Steven Mnuchin in January called for the ban on 100%-owned foreign entities to be lifted sooner.

Yi said that the timetable for opening up the financial sector to foreign companies was based on China's need to do so, hinting that U.S. calls to speed up the process would go unheeded.

Meanwhile, Yi said there was room to cut Chinese banks' reserve requirement ratios, as it looks to reduce the risk of a sharper slowdown in the world's second-biggest economy.

China has cut the ratio of cash that banks must hold as reserves against liabilities, such as deposits, five times in the past year. This comes in the face of the weakest economic growth in 28 years amid slowing consumption and the trade war with Washington. Yi said, however, that the scope for cuts is narrower than before.

"At present, I think there is still room to cut the reserve ratio, but the room has become much smaller than in previous years," Yi said. 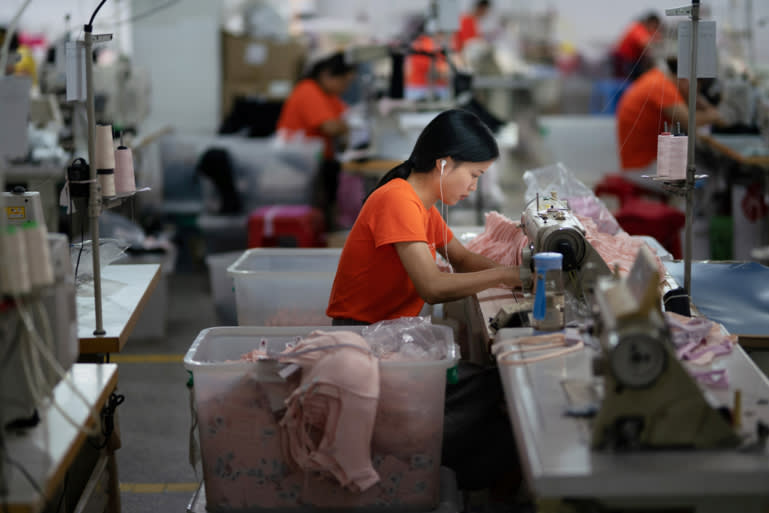 "Yi might have wanted to emphasize that, although there is room for a cut, it is not so big," said Yusuke Miura, senior Chinese economist at Mizuho Research Institute in Tokyo. "He seems to want to play down expectations for easing."

Looking back at data from 2018, Yi said there was credit contraction, difficulties in lending to small and midsize enterprises, and stronger downward pressure on the economy. It is highly unusual for a Chinese cabinet member, who usually strike an optimistic tone when speaking to the press, to admit financial administration failures so candidly.

On Tuesday, China announced tax cuts and a boost in government bond issuance to support an economy that it projects will grow between 6% and 6.5% this year. Yi also pointed to steps the PBOC was taking to boost lending to small companies. But despite a spate of support measures, data released Friday showed exports in February fell 20.7% from a year ago -- the largest decline since February 2016.

As well as the trade negotiations, China has to contend with domestic concerns -- especially for small businesses that make up the bulk of the nation's economy.

Chinese officials use the term "56789" to refer to importance of private enterprise. These companies, many of them small, are said to account for 50% of tax revenue, 60% of gross domestic product, 70% of innovation, 80% of urban labor, and 90% of all companies in the country.

PBOC Vice Gov. Pan Gongsheng said the central bank has a goal of increasing loans by large commercial banks to small companies by 30% from 2018 -- a target Premier Li Keqiang mentioned in his government work report on Tuesday.

The central bank also appears to be managing investor expectations on the traditionally risk-free bond market, with the deputy governor saying it's good to have some defaults. He noted there was an increase in bond defaults last year, but the level is still lower than in most other countries.