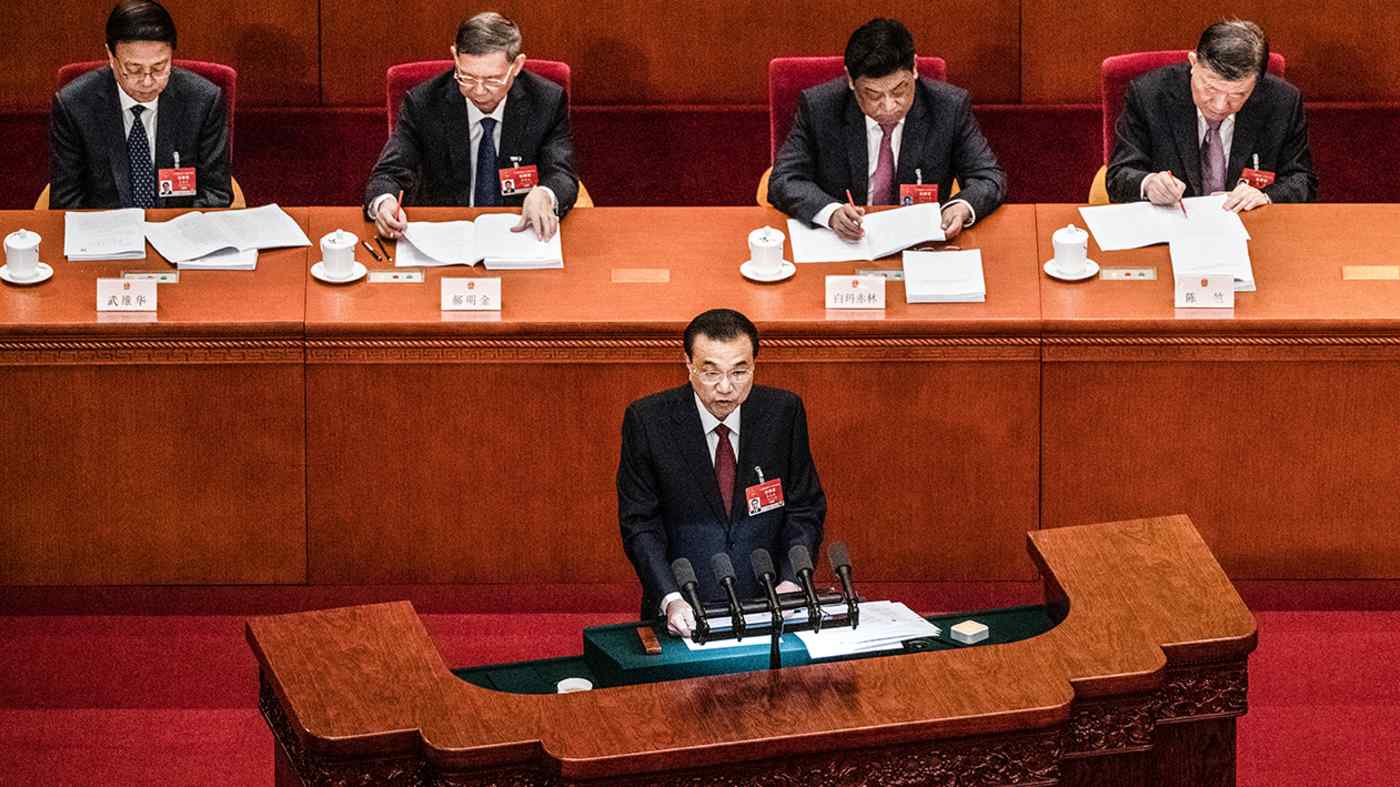 SHANGHAI -- China set an economic growth target of more than 6% this year, but warned of uncertainties over the global recovery from the COVID-19 pandemic as it set out a plan to achieve its long-term goal of becoming a developed economy by 2035.

In a readout of the government work report on Friday, Premier Li Keqiang told the annual session of the National People's Congress in Beijing that China will embrace its 14th five-year plan through 2025.

"We will keep major economic indicators within an appropriate range, set annual targets for economic growth in light of actual conditions," Li told 2,900 delegates, including President Xi Jinping. "Doing so will enable us to achieve higher-quality development that is more efficient, equitable, sustainable and secure."

China did not announce a target at last year's meeting because of the uncertainty wrought by the COVID-19 pandemic. The economy notched 2.3% growth for the year, the lowest since 1976 but better than other major economies.

The annual parliament meeting comes as bond defaults grow and the consumption recovery remains fragile. The world's second-biggest economy is still embroiled in diplomatic spats with the U.S. and other countries.

The five-year plan is part of Xi's ambition to make China a high-income economy by 2025, paving the way to doubling the country's gross domestic product in 2035 from the 2020 base.

The growth target for the year is lower than the 8%-to-9% projected by some economists but Li argued that it is "well-aligned with the annual goals of subsequent years" under the five-year plan to "sustain healthy economic growth."

"A flexible target aims to give greater room for policy making," said Yue Su, an economist at the Economist Intelligence Unit.

China will require a "slightly higher than 4%" in annual growth to become a high-income economy by 2025, according to Zhang Yongjun, deputy chief economist at China Center for International Economic Exchanges. 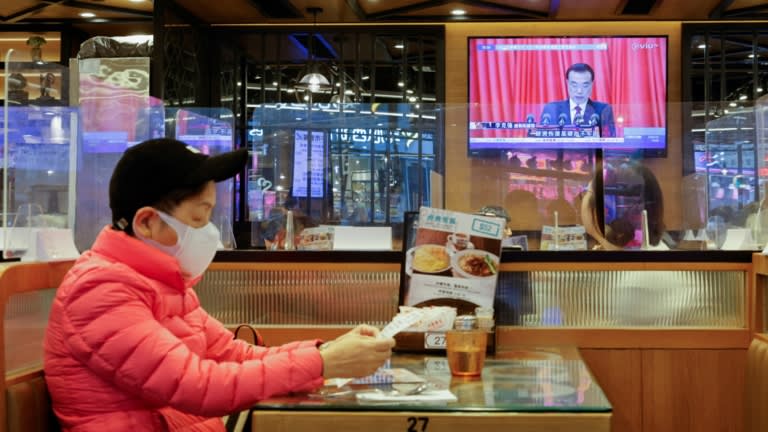 A TV screen showing the opening session of the National People's Congress is seen in Hong Kong on Friday.   © Reuters

Unlike last year, China will not issue COVID-19 bonds to stimulate the economy as the pandemic has been largely tamed. The issuance of local government special-purpose bonds to fund development projects is budgeted at 3.65 trillion yuan ($561 billion), slightly lower than last year's 3.75 trillion yuan.

"This suggests, against the backdrop of a challenging external environment and fragile momentum in the economic recovery, infrastructure investment will remain an important policy lever to deliver decent economic performance in 2021 when the Chinese Communist Party will celebrate its 100th anniversary," said Su.

This comes after a series of failures to meet outstanding bond payments in 2020, which resulted in a total default of a record of $25 billion.

Spending will be driven by the dual-circulation strategy to promote domestic consumption through high-quality development of the real economy. "Innovation remains at the heart of China's modernization drive," Li said.

China's core technology competency has come under pressure following U.S. sanctions on semiconductor exports. To this end, the central government's allocation for basic research will grow by 10.6% to support the construction of national laboratories.

Li pledged to ensure that the country's industrial and supply chains are "more self-supporting" by upgrading infrastructure and supporting Chinese companies' capacity-building. "The development of 5G networks and 1000M fiber optic networks will be stepped up and their application will be extended to more settings," he said.

Despite advocating "fiscal frugality," one exception is military spending, which will grow by 6.8% to 1.355 trillion yuan. It is slightly higher than 2020's 6.6%, reflecting the government's priority of modernizing its military.

In the absence of COVID-19 stimulus, businesses, especially small and medium enterprises will continue to enjoy tax holiday and tax cuts.

To meet Xi's pledge for zero carbon emissions by 2060, the government will accelerate a growth model premised on environmental protection, Li said, adding that carbon intensity or emissions per unit of GDP will be cut by 18% this year.

On foreign policy, Li said the government is hopeful of a "mutually beneficial China-U.S. business relations," and reiterated an earlier proposal to join the Comprehensive and Progressive Agreement for Trans-Pacific Partnership.

To advance further trade, China will push for the development of the China-Pakistan Economic Corridor and broaden market cooperation with the European Union, Singapore, South Korea and Japan.