Who has the capacity to lead necessary adjustments in the global institutions that sustain the global economy? Does the apparent return of geopolitical confrontation spell doom for the global liberal regime?

In contrast to the time of the 2009 G-20 summit in London, the European voice is nearly absent these days. Russia is too focused on its regional and domestic challenges to project any global agenda. Japan is likewise focused on its wrenching reform process.

Recently prominent middle powers Canada, South Korea and Australia suddenly have less ability to shape the agenda, partly because of their new focus on domestic issues. Emerging powers India and Indonesia are completing historic regime transitions and do not yet have the ability to set a global agenda. Brazil is in a tougher spot now than under former President Luiz Inacio Lula da Silva.

Amid this turn inward, Sino-American relations have become the organizing axis of the global economic order, both through occasional partnership as well as robust rivalry.

This is not exactly the "Group of Two" envisaged by American economist Fred Bergsten in 2008. The G-2 was supposed to be a cooperative relationship between the world's two largest economic powers, with a wide range of joint initiatives. Instead, the U.S. and China have proven able to cooperate on a narrow range of areas, such as climate, the World Trade Organization and military protocols. But they are also advancing competing visions for global development, the trading system and regional pre-eminence, in a more dynamic way than expected.

For the first time in modern history, China is endowed both with a strong hand and with highly competent leadership under President Xi Jinping. How can we define the emerging Chinese global agenda that he unfolded last month?

First, China seeks inclusion in all regional and global trade agreements. China supports the WTO agenda, as well as megaregional and cross-regional free trade agreements such as the Free Trade Area of the Asia-Pacific. It seeks to minimize the impact of the more exclusive Trans-Pacific Partnership or to dilute it into the FTAAP. It also has an active free trade agreement program of its own, with top priority placed on pacts with South Korea, the Association of Southeast Asian Nations and India, and a three-way agreement with South Korea and Japan.

Second, China seeks inclusion and a stronger voice in global financial institutions. It is satisfied with progress at the Financial Stability Board but irked by delays in quota reform at the International Monetary Fund.

Third, China has unveiled an ambitious plan to open up institutions of global development. Given slow reform at the IMF, World Bank and Asian Development Bank, China is supporting the birth of alternative lending institutions, including the New Development Bank, the Asian Infrastructure Investment Bank and the newly announced Marine Silk Road Bank. These new institutions will not just be providing funding; they will also project new development norms and ideas, thus diluting the pre-eminence of Washington Consensus ideas.

Fourth, China is seeking a reform of global energy governance, with a more balanced system that gives full representation and guarantees to emerging powers.

For its part, the U.S. is seeking to consolidate its strategic security alliances while offering its own economic initiatives, such as the TPP and new climate initiatives.

The November summits highlighted three components of the U.S. approach. First, the U.S. will hold firm to selective strategic assets, such as alliances and priority relationships including those with Japan, Australia, Vietnam, the Philippines and increasingly India. Second, the U.S. is seeking to play an active role in the development of new rules of the game, at least in trade and investment. Third, the U.S. is ready to engage with China on issues such as climate change.

The new year is likely to see the continuation of the recent trends. The new sequence of global summits that places the APEC leaders' summit, to be held in Manila in November, just before the G-20 meeting in Antalya, Turkey, will give an advantage to China and the U.S. over Europe and others. China will also be part of the G-20 leadership troika this coming year as it prepares to take the chairmanship in 2016.

The all-important Paris climate summit will follow in December on the heels of the G-20 meet and will give an additional platform for any new U.S.-China agreements. The BRICS summit in Russia in early July will likely see the formal constitution of the New Development Bank as a clear signal to G-7 countries to open up traditional institutions, including the IMF and the World Bank, or risk seeing them increasingly marginalized.

One country could eventually spoil the U.S.-China bilateral game. India, under reformist and visionary Prime Minister Narendra Modi, is likely to develop its own regional and then global vision, and to push it resolutely. Modi may need a couple of years to consolidate his new regime and solve urgent domestic bottlenecks. Yet the emerging bipolar game for global economic governance may turn into a tripolar game in a few years. Europe and Japan also could become forces to be reckoned with once again in the medium term. 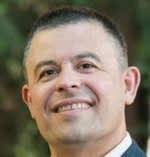 Yves Tiberghien is associate professor of political science and director of the Institute of Asian Research at the University of British Columbia.