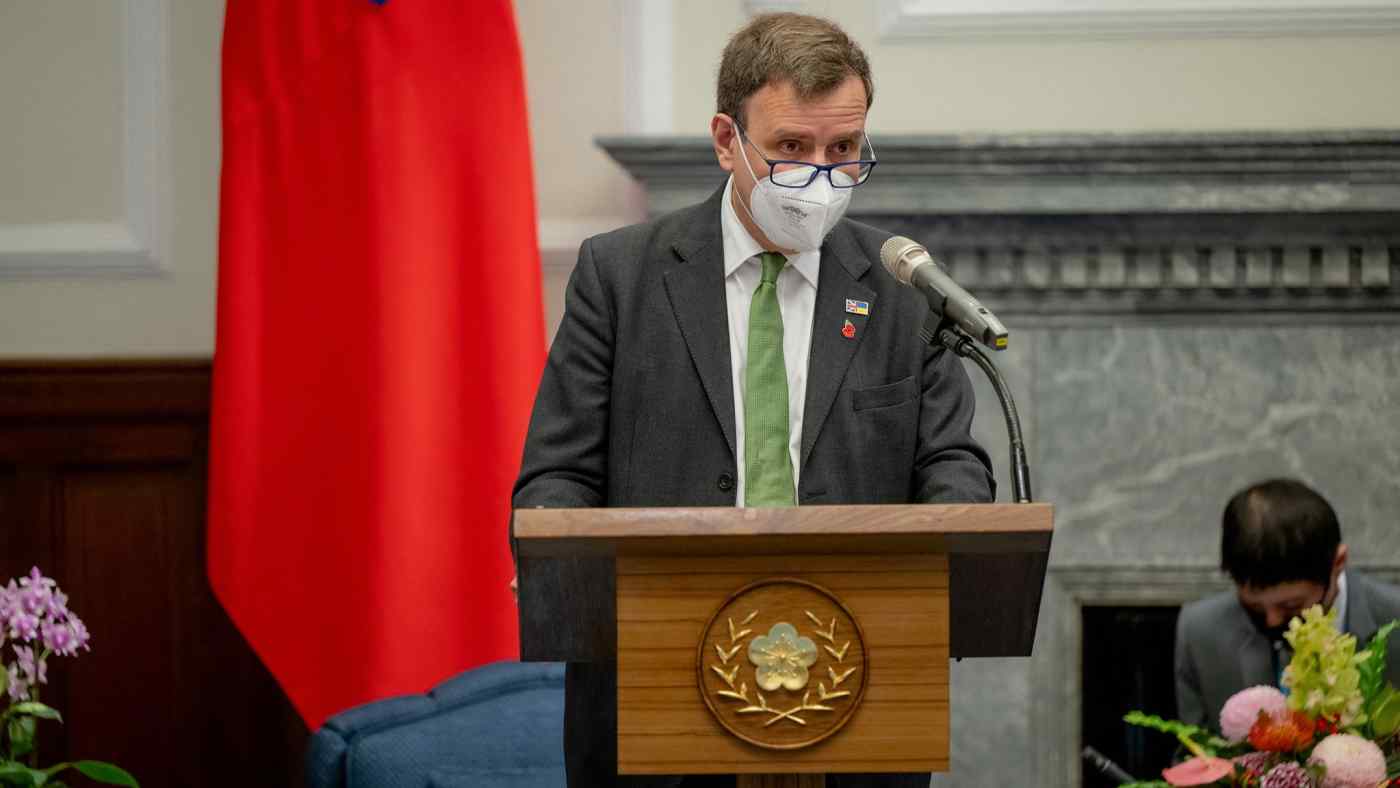 Greg Hands speaks at the presidential building in Taipei on Nov. 9. He said, "Like the U.K., Taiwan is a champion of free and fair trade underpinned by a rules-based global trading system."   © Reuters
THOMPSON CHAU, Contributing writerNovember 10, 2022 12:24 JST | Taiwan
CopyCopied

TAIPEI -- A British trade minister has underscored the U.K.'s warming relations with Taiwan by paying an official visit to the island democracy -- and incurred China's wrath in the process.

Greg Hands, Britain's minister of state for trade, told President Tsai Ing-wen during their meeting on Wednesday that "our relationship reaches beyond trade and investment. As two groups of islands with strong democracies and institutions, we have much in common and face many challenges as like-minded partners."