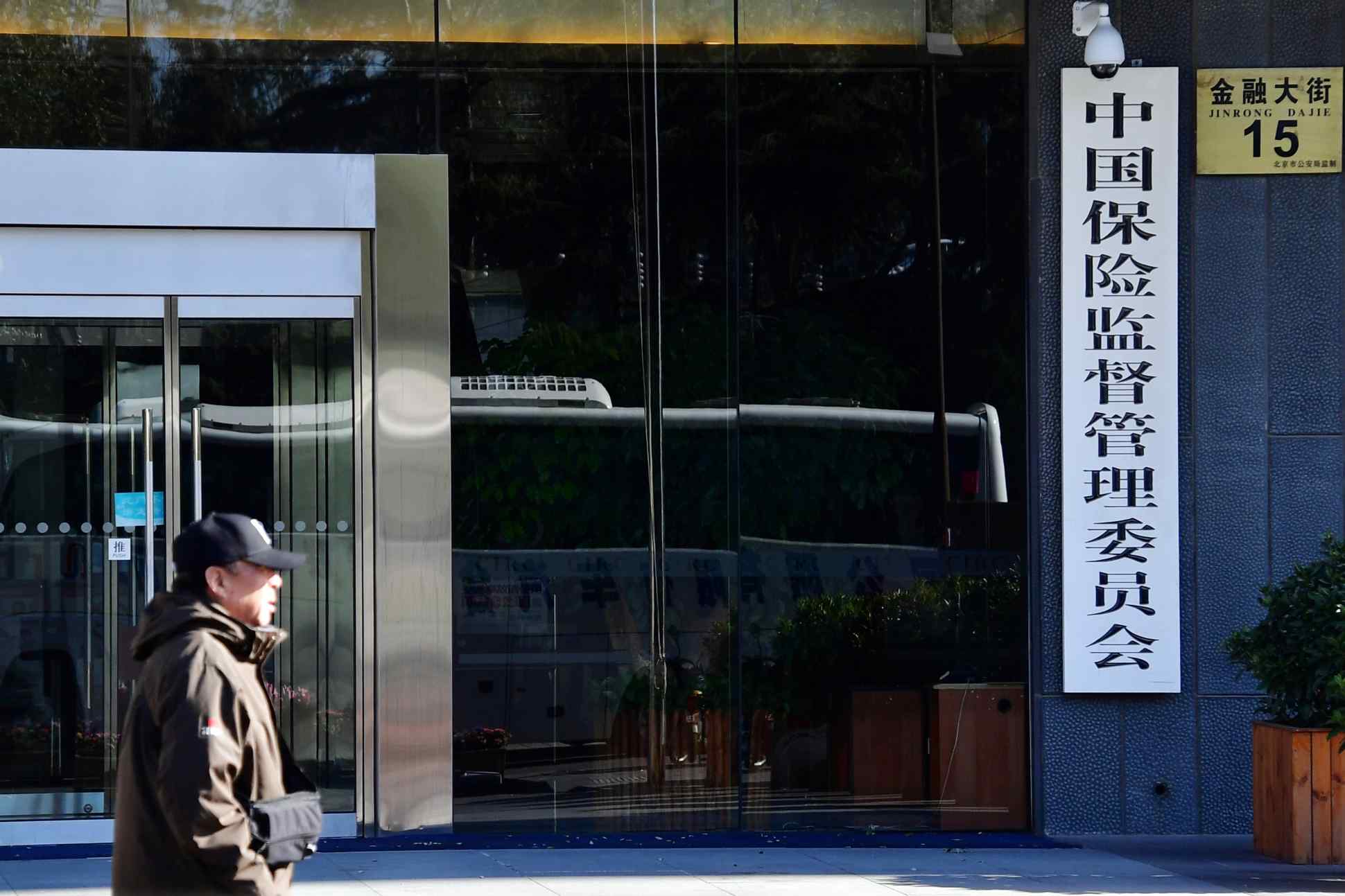 BEIJING -- China will combine its banking and insurance regulators and transfer high-level regulatory powers to the country's central bank, aiming to stamp out cozy ties between the insurance industry and regulators and also step up oversight of complex new financial products.

While the combination is nominally a merger of equals, the CBRC is taking over its beleaguered counterpart in reality. The top post at the CIRC has sat empty since April 2017, when then-Chairman Xiang Junbo was forced out amid a corruption investigation. Rumors of the merger began to spread in financial circles early this year, and nostalgic CIRC employees could be seen snapping photos of their agency's signboard in recent weeks in anticipation of a reorganization.

When financial conglomerate Anbang Insurance Group was in effect nationalized last month, and its Chairman Wu Xiaohui charged with crimes including fraud, the regulator's fate was sealed. Close cooperation with the CIRC helped Anbang amass 2 trillion yuan ($316 billion) in assets over the decade or so following its founding in 2004.

Wu, who is married to a granddaughter of China's former leader Deng Xiaoping, used his family ties to put pressure on regulators. He also frequently sent gifts to senior and midranking officials at the CIRC, according to a former Anbang employee. One worker at the commission received liquor and tobacco, though money never changed hands. These favors gradually eroded the CIRC's hold over Anbang, twisting regulations in the conglomerate's favor. Xiang's own maneuvering also contributed to this dynamic. Before heading up the regulator, he served as chairman of the Agricultural Bank of China. While his move to the CIRC in 2011 was nominally a promotion, the insurance regulator ranks below the banking regulator in terms of prestige and quality of staff. In a bid to raise his own profile, Xiang launched a deregulatory campaign meant to invigorate the insurance industry. This spurred sales of insurance policies that functioned much like short-term securities, letting Anbang amass the capital needed to embark on an overseas acquisition spree starting in 2014.

As all of this was occurring, the CIRC "was grappling with a severe personnel shortage," according to an employee at a Japanese financial regulator. Merging the insurance and banking regulators is expected to help ease that shortage.

As part of the shake-up, the regulators' powers to draft laws and design regulatory systems will be handed off to the People's Bank of China. The central bank will thus be responsible for crafting policies that regulate and promote the banking and insurance industries, while the merged regulatory agencies will handle day-to-day oversight. PBOC Gov. Zhou Xiaochuan said in a press conference Friday that the central bank should stand at the head of China's financial regulatory regime and coordinate between various authorities. The CIRC and CBRC were originally parts of the central bank before being spun off. Though China has created formal divisions between its insurance, banking and securities regulators, recent financial sector liberalization has given rise to products that blur those lines.

The China Securities Regulatory Commission, which monitors brokerages and the stock market, remains its own entity for now. Unlike the other two regulators, the CSRC is directly controlled by China's State Council. It also has the toughest job to do in terms of regulating new, complex financial products.