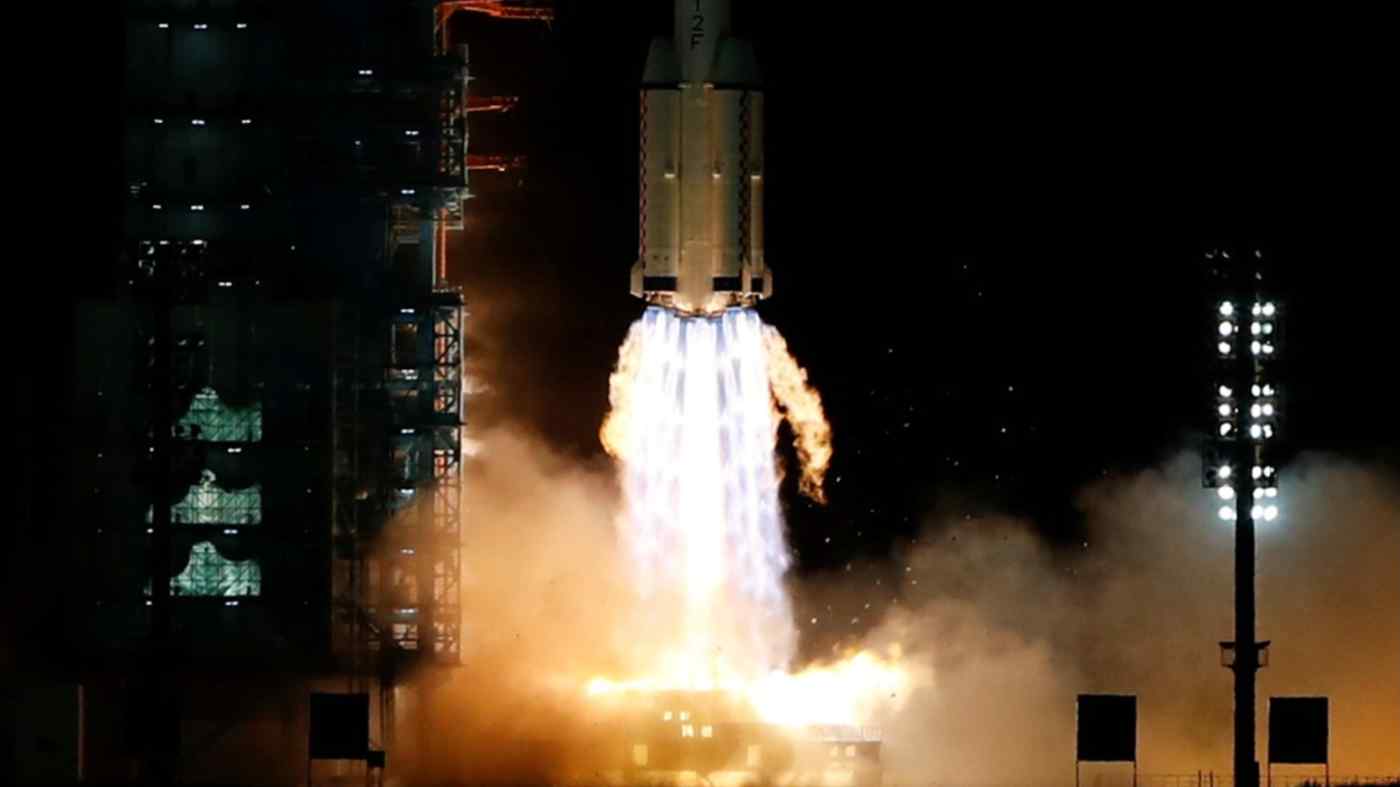 The Shenzhou-13 spacecraft and three astronauts are sent on China's mission to build its own space station Oct. 16 with a "Long March" rocket, also used to launch the hypersonic glide vehicle.   © Reuters
October 21, 2021 22:18 JST | China
CopyCopied

WASHINGTON (Financial Times) -- The Chinese military conducted two hypersonic weapons tests over the summer, raising US concerns that Beijing is gaining ground in the race to develop a new generation of arms.

On July 27 the Chinese military launched a rocket that used a "fractional orbital bombardment" system to propel a nuclear-capable "hypersonic glide vehicle" around the earth for the first time, according to four people familiar with US intelligence assessments.