MANILA -- A high-profile critic of Beijing's military buildup in the South China Sea has lost his bid to become the Philippine Supreme Court's next chief justice.

Carpio has been the acting chief justice since the post was vacated by Teresita Leonardo-De Castro last month. He is the most senior magistrate, having been appointed in 2001, while Bersamin entered the high court in 2009.

But Carpio's anti-China stance has clashed with the foreign policy of Duterte, who has embraced China and toned down criticism of Beijing's land-reclamation activities in the waters between the two countries as well as in nearby areas where other Asian nations have overlapping territorial claims.

Carpio had spoken out against Beijing's activity in the South China Sea at local and international events, even before the Permanent Court of Arbitration in The Hague ruled in favor of the Philippines in a dispute between the two countries in July 2016.

At a forum in Manila last weekend, Carpio described China's expansion in the South China Sea as the "gravest external threat" to the country since World War II.

"Because we will lose an area larger than the combined, total land area of the Philippines, we are going to lose a huge maritime space. We lose all the fish, oil, gas and mineral resources here," he was quoted as saying.

Despite Carpio being at odds with Duterte on the South China Sea issue, his supporters' hopes rose when the president in August cited seniority in appointing Leonardo-De Castro, whose term lasted little more than a month due to the mandatory retirement age of 70. 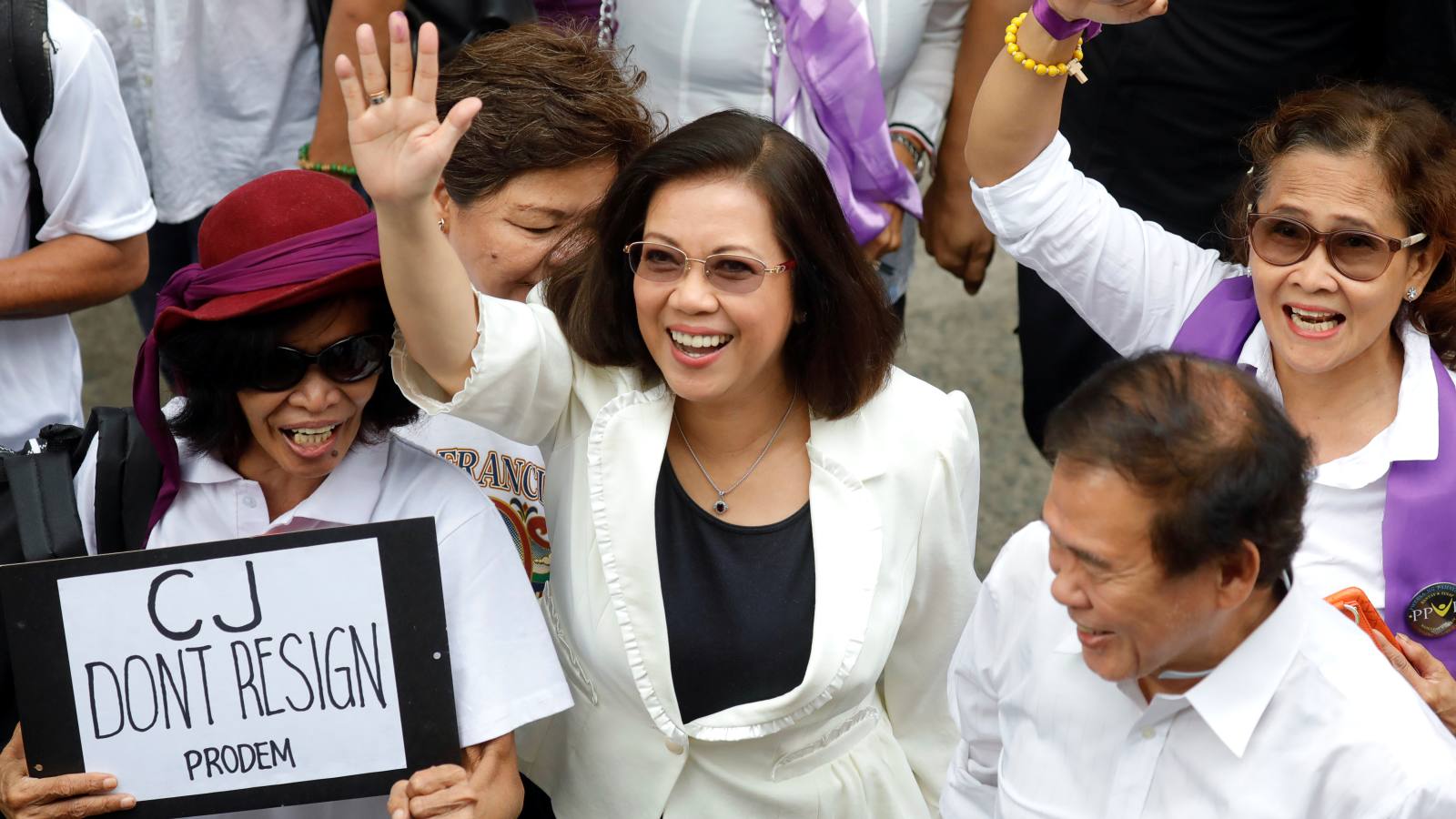 Carpio had declined a prior nomination to replace Leonardo-De Castro's predecessor Maria Lourdes Sereno, who was ousted in May via a quo warranto petition lodged by the chief government lawyer, nullifying her appointment.

Carpio argued that Sereno, whom Duterte described as his "enemy," should have faced a complete impeachment process.

Like Bersamin, Carpio will turn 70 next year, narrowing his chances of being appointed as the top judge.

Bersamin has previously voted in favor of cases aligned with the Duterte administration's positions, including the removal of Sereno, the legality of martial law in Mindanao and the burial of former dictator Ferdinand Marcos in the Heroes' Cemetery.

Speaking to reporters on Wednesday, the new chief justice said that "as far as the law is concerned, I am independent."

Duterte also appointed a new associate justice, Rosmari Carandang, bringing the number of his appointees on the 15-member bench to seven. By the end of the president's term in 2022, he will have appointed majority of justices.