University of Sydney's James Brown on Australian views on Pyongyang, US, TPP

SYDNEY -- With Beijing having no middle ground between doing nothing or committing fully to pushing Pyongyang toward denuclearization, it is unclear how willing or even effective China will be, the research director of the U.S. Studies Center at the University of Sydney told The Nikkei. 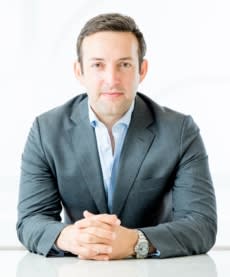 James Brown, a former Australian Army officer who served in Iraq and Afghanistan, also discussed developments in Australia's relationships with the U.S. and Japan in response to the Donald Trump administration. Edited excerpts from the interview follow.

Q: How do you see the current situation in North Korea getting resolved?

This doesn't get resolved without China, and there are real questions about how much political capital China is willing to expend on the issue.

I think Australia is very much supportive of Chinese efforts to rein in [North Korean leader] Kim Jong Un. But also, I think it's realistic about how much influence China actually has. And one of the problems here is that there aren't many [options]: China can sort of go from not doing much to really shutting a lot of trade down, and there aren't many steps in between. So China's options on North Korea are fairly binary.

Q: Where is the red line for Australia?

A: I suspect, when you look at the broad question of what would be unacceptable to both Australia and the U.S., North Korea with long-range nuclear weapons in sufficient numbers ... would be a red line for both countries.

I think it's important to remind North Korea that this is so serious an issue that the U.S. and its allies and partners would be willing to use military force to resolve it.

Australia and the U.S. talk about North Korean contingencies frequently. The Australian military and U.S. military are very well connected when it comes to thinking through North Korea issues.

[Regarding the rotational deployment of U.S. Marines to Darwin in northern Australia], the cost negotiations between the U.S. and Australia were fairly bitterly contested. And so now that they're complete, I wouldn't say there are any obvious obstacles to increasing the level of that collaboration as planned.

Two other areas ... could be on the agenda for intensified cooperation -- the first is naval force posture. Australia and the U.S. did have a joint study looking at options for the forward presence of U.S. forces in Australian waters. That was put on pause, and [it] would make sense to revisit that, although there's no sign from either government formally that they intend to do that yet. The second area that the Australian government has foreshadowed it might change its policy on in the near future is missile defense. So, there's an active discussion in Australia about what capabilities our new naval ships should be equipped [with] when it comes to ballistic missile defense.

Q: How are these regional tensions and change of U.S. administration affecting the relationship between Australia and Japan?

A: I think the importance of Japan and Australia talking to each other about U.S. policy in Asia has increased, not just in terms of defense, but trade policy. Australia and Japan have been instrumental in trying to keep some discussion about the [Trans-Pacific Partnership trade pact] ongoing, despite President Trump canceling U.S. involvement in that deal.

I think what the TPP said symbolically was that the U.S. was committed to the region. The TPP's strength for regional stability was not so much that it makes it easier to deal with intellectual property in Malaysia and Vietnam, but more that it showed the U.S. was committed. And the absence of the U.S. from that deal is problematic.

In Asia, it's still not clear exactly what the U.S. intends ... in the South China Sea on maritime security issues.

And I think the importance of the Australia-Japan-U.S. discussion is worth noting, too, particularly given some of the complexities of U.S. engagement with its Southeast Asian allies at the moment [such as the Philippines].

A: A reassurance and a restatement of the importance of the alliance between the U.S. and Australia. I think it erased any doubt that the relationship between leaders had suffered because of some discussions earlier in the year around the refugee deal. So, it put to bed concerns around that.

I think in some ways, although you wouldn't want to have that kind of phone call between two leaders too often, there's been a lot of positive flow from the reaction to the phone call. And I think it was a good warning sign for people not to take the relationship for granted.