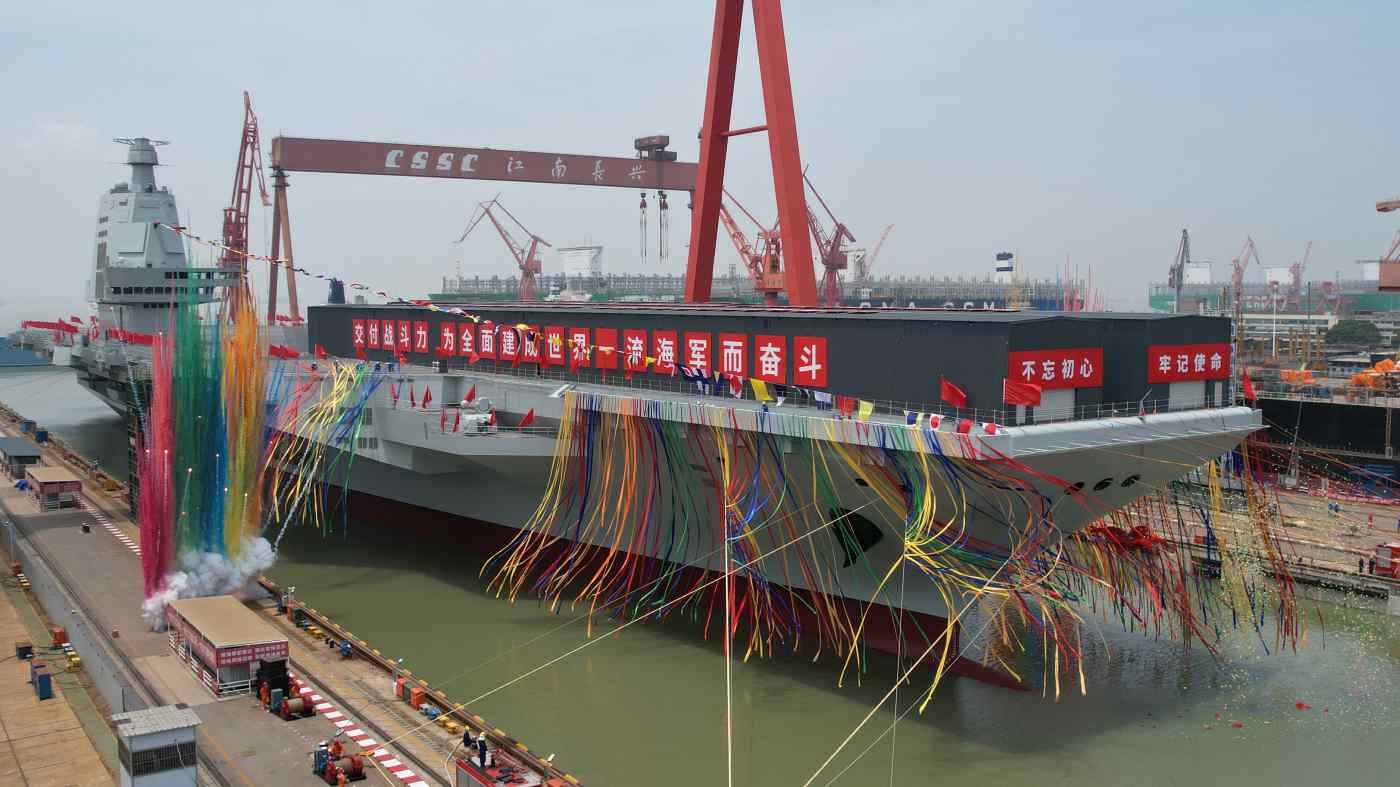 SHANGHAI -- China launched its largest and most advanced aircraft carrier on Friday at a shipyard in Shanghai, in what state media called a "short but festive ceremony."

The 80,000-ton Fujian, named for the southern coastal province opposite Taiwan, is the first of China's three carriers to be fully designed and built domestically. Unlike China's Liaoning and Shandong carriers, which use ski-jump ramps, Fujian will launch planes using electromagnetic catapults, the technology used on current U.S. carriers.