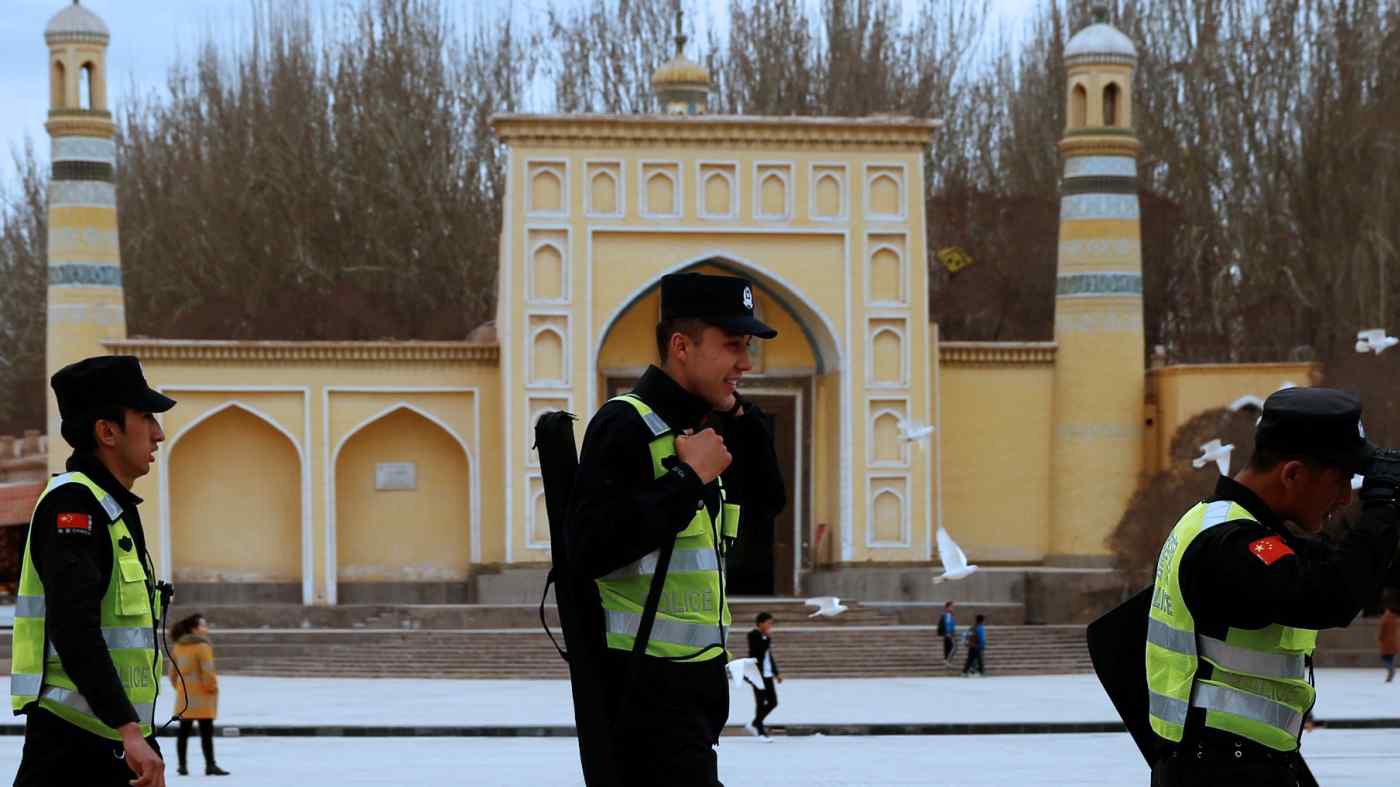 Police pass the Id Kah Mosque in the old city of Kashgar, Xinjiang Uighur Autonomous Region. China has been subject to criticism amid reports of a crackdown against ethnic Uighurs.   © Reuters
October 10, 2018 14:01 JST | China
CopyCopied

In a meeting on Monday, the Communist Party leaders of Urumqi led cadres to swear an oath to "fight a decisive battle against 'pan-halalization'," according to a notice posed on the city's official WeChat account.

Everyday halal products, like food and toothpaste, must be produced according to Islamic law.

China has been subject to heavy criticism from rights groups and foreign governments amid reports of a punitive crackdown that has seen the detention of as many as 1 million mostly Muslim ethnic Uighurs in Xinjiang.

Beijing has denied it is systematically violating the rights of Xinjiang's Muslims, saying it is only cracking down on extremism and "splittism" in the region.

The official Global Times said on Wednesday that the "demand that things be halal which cannot really be halal" was fuelling hostility towards religion and allowing Islam to penetrate secular life.

As part of the anti-halal campaign, Ilshat Osman, Urumqi's ethnically Uighur head prosecutor, penned an essay entitled: "Friend, you do not need to find a halal restaurant specially for me".

According to the WeChat post government employees should not have any diet problems and work canteens would be changed so that officials could try all kinds of cuisine.

The Urumqi Communist Party leaders also said they would require government officials and party members to firmly believe in Marxism-Leninism, and not religion, and to speak standard Mandarin Chinese in public.

Chinese citizens are theoretically free to practice any religion, but they have been subject to increasing levels of surveillance as the government tries to bring religious worship under stricter state control.

The Communist Party in August issued a revised set of regulations governing its members behaviour, threatening punishments or expulsion for anyone who clung to religious beliefs.