Program lags behind US technologically but still unnerves neighbors 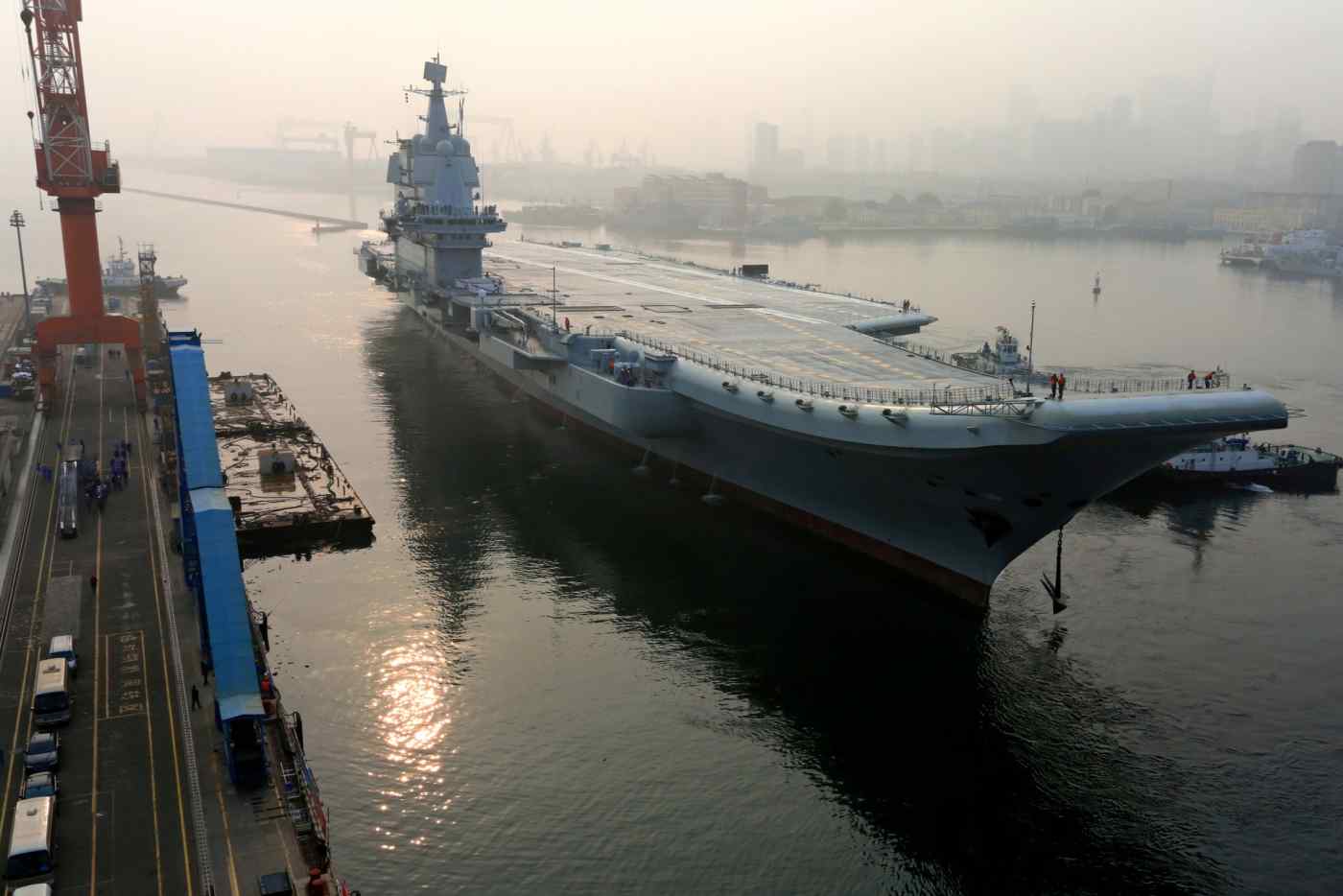 TOKYO -- China is forging ahead with building a fleet of homemade aircraft carriers, wielding great psychological power over its neighbors despite still trailing American naval power in terms of hardware and experience.

The country's first domestically built carrier left port in the northeastern city of Dalian earlier this month. The ship is to begin sea trials ahead of schedule in the Yellow and Bohai seas between China and the Korean Peninsula. It may formally enter into service as soon as next year -- joining China's only other functional carrier so far, the Liaoning, a refurbished former Soviet vessel.