China presses on with defense buildup as US tensions grow 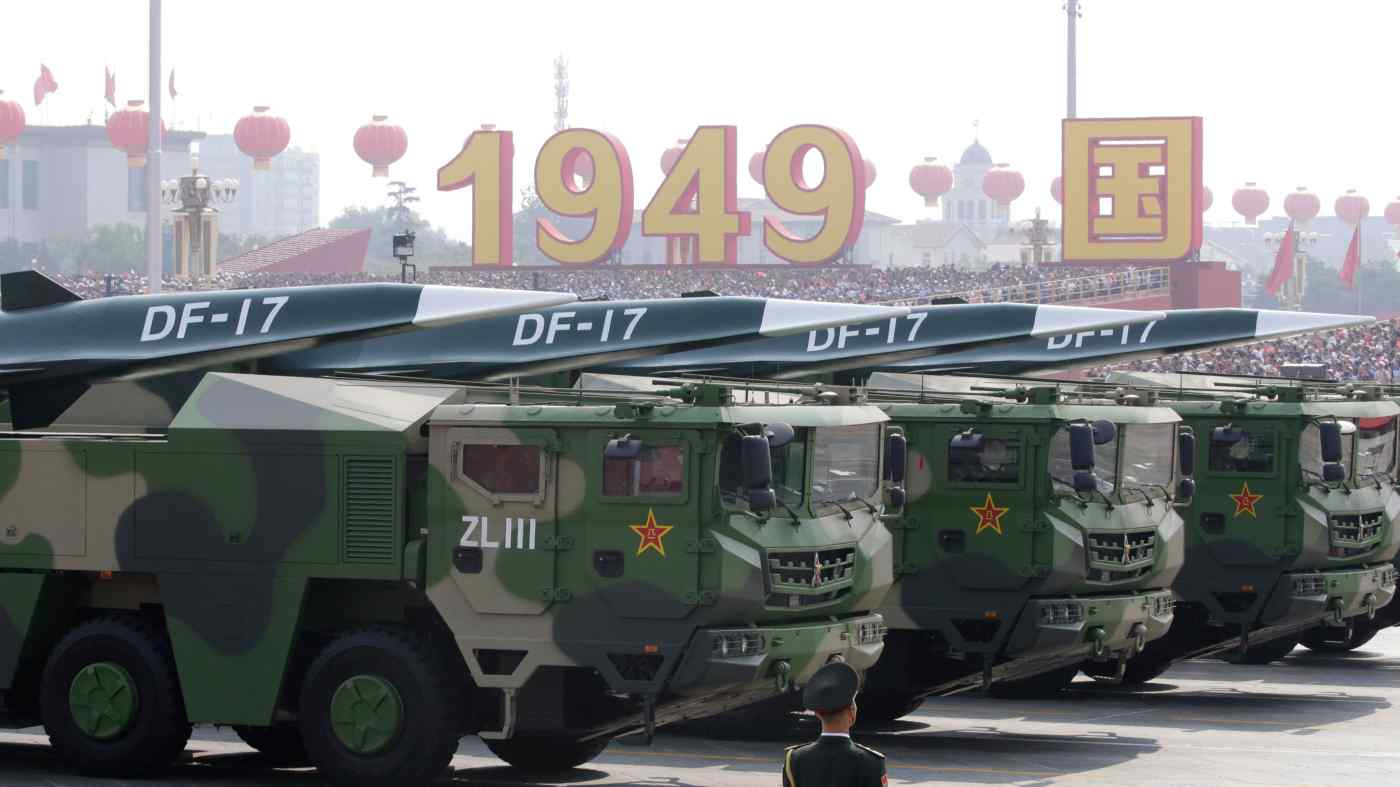 BEIJING -- China announced on Friday a 6.6% increase in annual defense spending to 1.27 trillion yuan ($178 billion) even with its economy still reeling from the coronavirus pandemic, in a move that risks further escalating tensions with the U.S.

While this is a smaller rise than last year's 7.5%, that the military budget hit a new record at a time when government revenue is expected to drop for the first time in 44 years underscores its importance to Beijing. China's official defense budget ranks second only to the U.S., and because it does not include such items as research and development, the actual total is likely even higher.

The rise comes against the backdrop of an increasingly muscular foreign policy approach by President Xi Jinping and his government. In the government work report delivered at the opening of the National People's Congress on Friday, Premier Li Keqiang stated that Beijing would "resolutely oppose and deter any separatist activities seeking 'Taiwan independence.'"

And in contrast to previous reports, which talked about the "peaceful reunification" of Taiwan with China, this edition omitted the word "peaceful."

"Xi's government's slow response to the coronavirus brought on foreign and domestic criticism, which led to its current hardline stance," said Yasuhiro Matsuda, a professor of international politics at the University of Tokyo's Institute for Advanced Studies on Asia.

Beijing's tougher talk has further frayed its already tense relationship with Washington, and an increase in military spending is unlikely to improve matters.

Xi "seeks to shore up support at home by taking actions that provoke the U.S. under the banner of nationalism," Matsuda said.

China has been racing to build up its military capabilities, particularly in missiles and advanced homegrown weaponry. The country's first domestically built aircraft carrier, the Shandong, was completed in 2019. A second is under construction in Shanghai, and the government plans to have a total of three or four, according to Chinese media. China's second Type 075 amphibious assault ship was launched last month.

Hu Xijin, editor-in-chief of the Communist Party-affiliated Global Times, wrote in an opinion piece this week that China "needs to have a stronger military as a deterrent" against Washington's "aggressive impulse to suppress China in extreme ways."

The state-run Xinhua News Agency quoted a Chinese military expert, Song Zhongping, who argued for expanding China's nuclear arsenal in light of the growing threat posed by the U.S.

Beijing's defense spending increased 10% or more almost every year starting in 1989, including during the 1997 Asian currency crisis and the 2008 global financial crisis. While the pace of growth slowed to single digits from 2016, the budget surpassed 1 trillion yuan for the first time in 2017.

This year, the increase came as China's economy contracted 6.8% in the first quarter of the year compared with a year earlier.

The People's Liberation Army, which played a central role in the founding of modern China, wields considerable political influence. Military-linked figures account for about a fifth of the Communist Party's Central Committee, made up of the top 200 or so party officials, and three of the 25 members of the Politburo, including Xi as commander in chief.

A defense white paper released by the government last year stressed the need for a "strong military." In an October meeting of the Central Committee, officials reiterated the goal of building a world-class military.