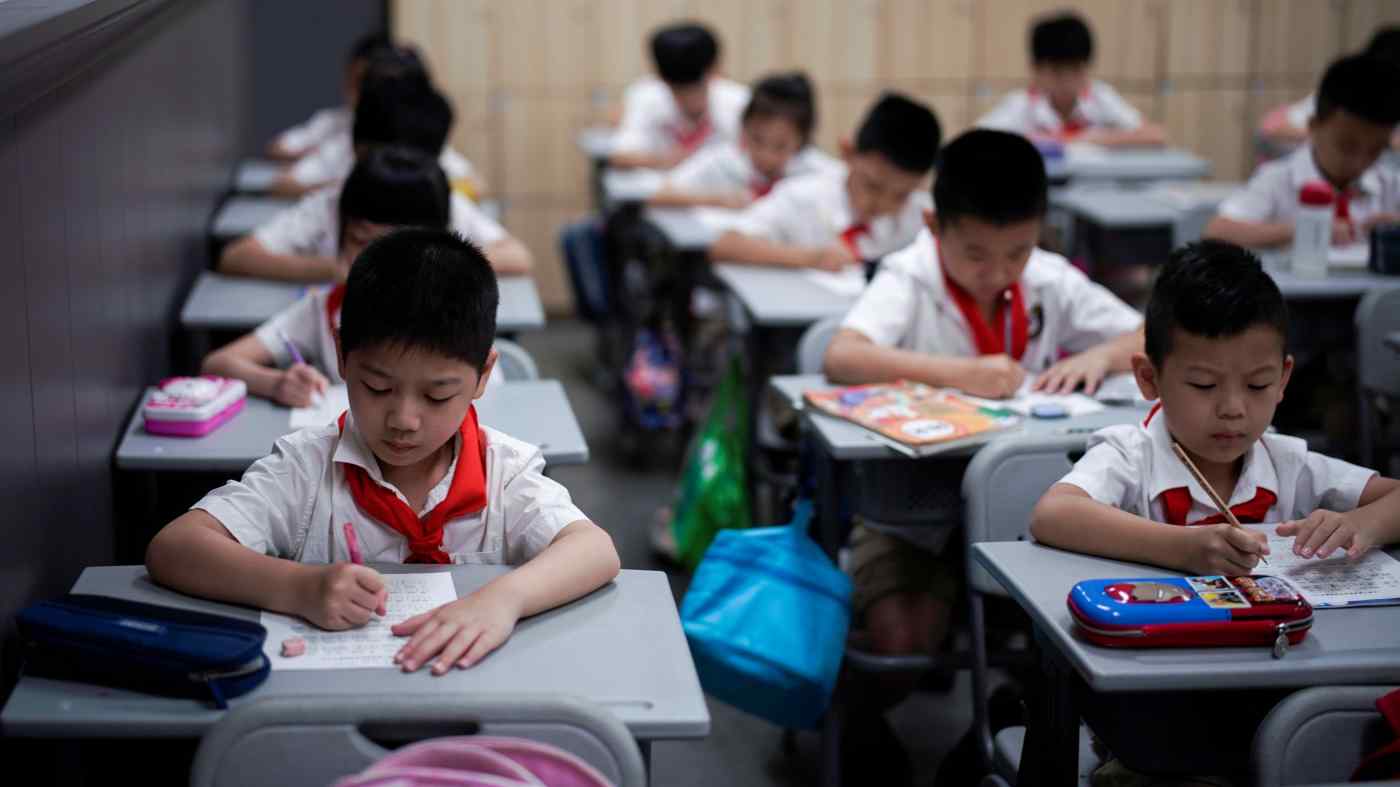 BEIJING -- Chinese authorities have ordered primary and secondary schools to rid their libraries of books that may lead to veneration of the West at the expense of promoting patriotism.

The move by the Ministry of Education took effect around April 1. Elementary, middle and high schools are expected to focus on so-called Xi Jinping thought -- the president's ideology, officially called "Xi Jinping Thought on Socialism with Chinese Characteristics for a New Era."

One middle school in Beijing has recently filled its bookshelves with the likes of "The Chinese Dream of the Great Rejuvenation of the Chinese Nation" -- a collection of Xi speeches and documents.

The order will impact the nation's 240 million primary and secondary school students, including kindergartners. It also applies to books recommended by the schools.

The clear aim is to foster loyalty and devotion to Xi among the young ahead of the July 1 centennial of the Chinese Communist Party.

Books viewed as going against the party's agenda and policies are targeted. So, a wide range of titles could be banned, especially ones conveying political, economic and cultural ideas from Western democracies and Japan.

The very first paragraph of the Communist Party's constitution states that the "highest ideal and ultimate goal is the realization of communism." Up to now, schools have recommended books about the likes of Bill Gates and Steve Jobs.

These figures are poster children of U.S. capitalism, meaning that such titles could be pulled.

Books promoting certain Western ideas or tending to "obsequiously embrace all things foreign" are prohibited. The meaning is open to broad interpretation, so foreign titles for children could be banned.

Books with "scientific errors" are off-limits as well. But online retailers have suggested "Gulliver's Travels" for second graders.

"It's become difficult to choose books for kids to read," an elementary school teacher in Anhui Province said.

Books on religion face a harder crackdown. Titles going against party policies on religion are banned, along with those that lend themselves to proselytizing. There are fears of tighter controls on school libraries spilling over to other libraries and bookstores.

Today's patriotic education traces back to the suppression of the Tiananmen Square pro-democracy protests in 1989. Then-paramount leader Deng Xiaoping declared the young protesters inadequately educated. That understanding was adopted by Jiang Zemin, the party secretary hand-picked by Deng right after the protests.

Jiang put the patriotic education campaign in place in 1994, and historic sites from the Second Sino-Japanese War (1937-1945) were designated as instructional locations. On a 1998 state visit to Japan, he openly criticized the host country over historical issues.

The first large, violent anti-Japan protests in China broke out in 2005. Others occurred in 2010 when Japan arrested a Chinese fishing boat captain involved in a collision near the Senkaku Islands, and in 2012 when Japan nationalized the uninhabited islets, claimed by China as the Diaoyu.

Some riotous demonstrators declared that their patriotism immunized them from prosecution. Bilateral ties were said to have deteriorated to their worst since diplomatic relations were normalized.

The patriotic education by the current leadership has its eyes on a protracted standoff with the U.S. The idea is to emphasize the legitimacy of the Communist Party's rule while ramping up criticism of Western thought. 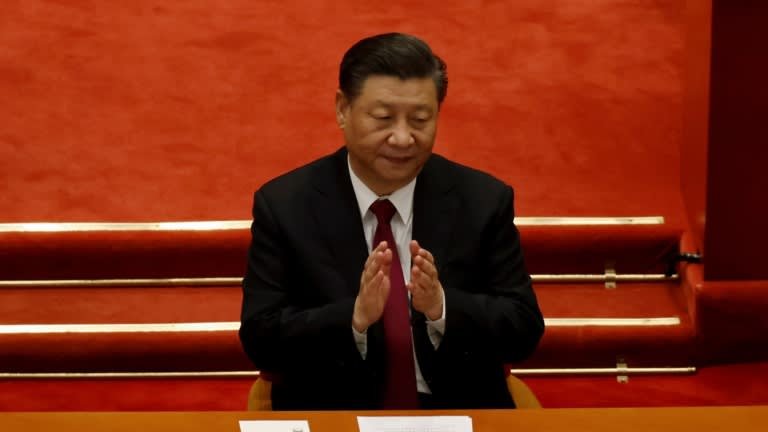 President Xi Jinping calls for the promotion of standard Chinese in Inner Mongolia during a discussion with regional delegates at the National People's Congress in March 2021.   © Reuters

The government is promoting the teaching of Mandarin to ethnic minorities in the name of ethnic unity. During a discussion with Inner Mongolia delegates at March's National People's Congress, Xi called for the promotion of standard Chinese in the region.

In 2020, the Inner Mongolia Autonomous Region unveiled a phased plan to replace Mongolian-language textbooks on three subjects with books written in Chinese. That decision, affecting elementary and middle schools, sparked boycotts of classes. But Xi only doubled down.

The Communist Party is holding more study sessions aimed at adult party members. Providing instruction on its history, they are held once or twice a week in government organs and state-owned enterprises by party apparatchiks.

"A Brief History of the Communist Party of China" weighs in at about 530 pages -- around 150 of which cover the administration of Xi, who took power in 2012 as general secretary.

"The things brought up in the study sessions frequently concern Xi's record," said a veteran member in his 50s who lives in Beijing.

Mao Zedong's chaotic Cultural Revolution, which ran for a decade from 1966, is being downplayed in the historical narrative.

A previous edition of the book said Mao bears "significant responsibility" for the Cultural Revolution, according to the Sing Tao Daily newspaper in Hong Kong. The errors of that period were detailed in its own chapter.

This time, Mao's responsibility is downplayed with language that he "mistakenly" launched the Cultural Revolution after "counterrevolutionaries" took advantage of him. This may have been influenced by the Xi administration, which looks to the father of modern China as a political role model.