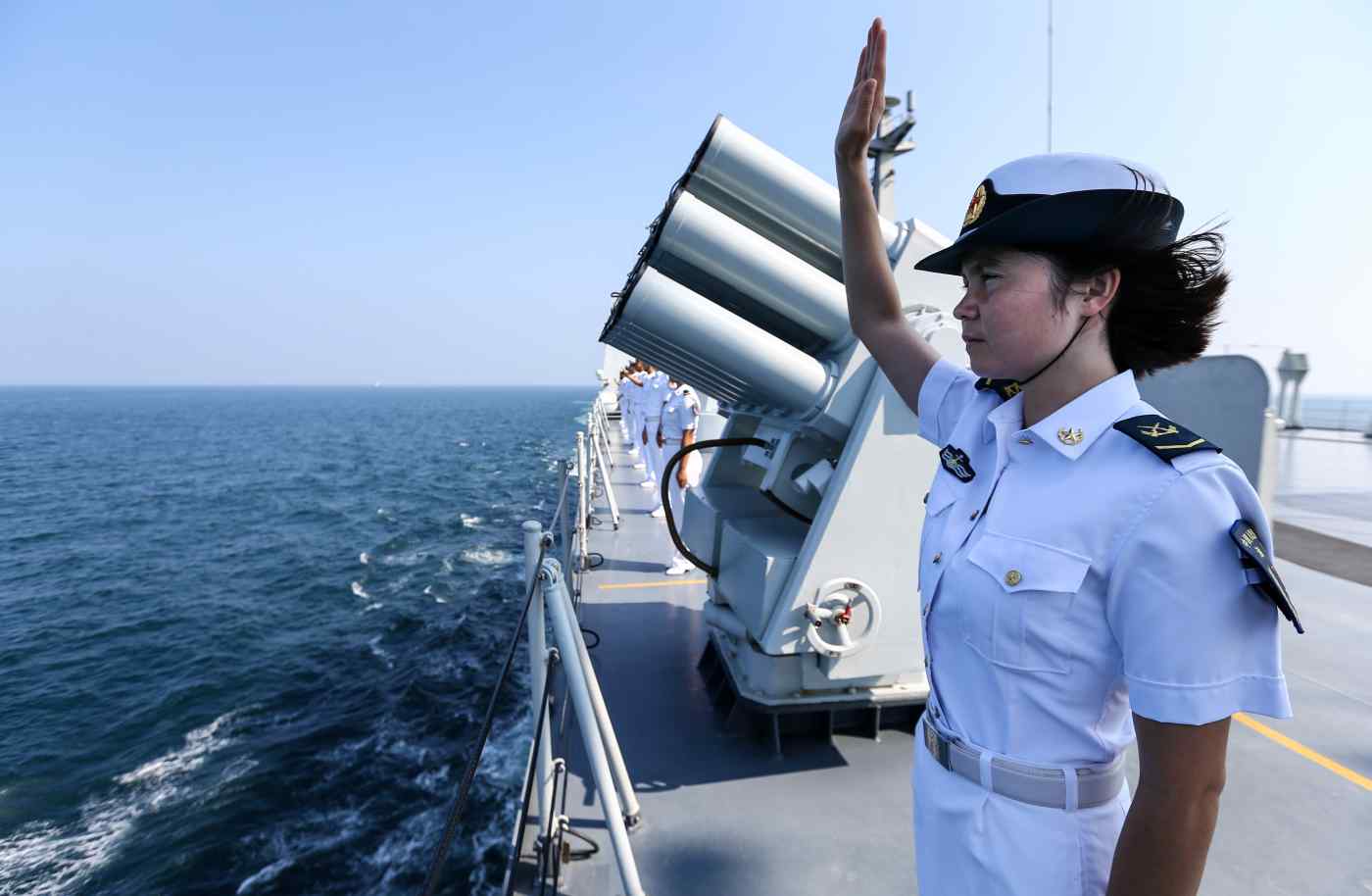 TOKYO Despite its long coast along the South and East China seas, much of China is landlocked and far from any port. Traditionally, the country has focused on strengthening its army. Now, however, it is prioritizing a naval buildup that could allow it to rival the U.S. at sea.

Dovetailing with the port acquisitions is a quest for high-tech firepower. And China might have just beat the U.S. in developing the cannon of the future.

"Our country may have developed the world's first warship equipped with a rail gun," a comment on Chinese social media said.

The comment went up after a photo was posted showing a warship with what looks like rail gun equipment. That was early February, and the photo quickly went viral. 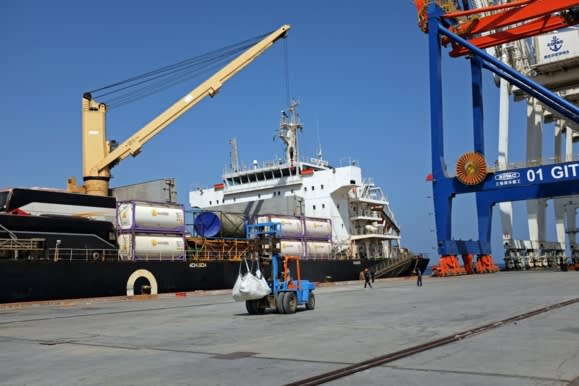 China has acquired the right to use Gwadar port in Pakistan, which will allow it to more easily receive flows of Middle East oil.   © Reuters

Rail guns are cannons that can accelerate shells using large amounts of electromagnetic force. They have a range of 200km, about 10 times that of conventional cannons. They deliver significantly more destructive and speedier projectiles.

Chinese authorities remain mum about rail gun-equipped ships, but some experts say China has moved ahead of the U.S. in honing this advanced weapon system.

Even the most advanced guns can only take a navy so far. To command the seas, aircraft carriers are essential chess pieces, and a Hong Kong newspaper recently quoted an expert saying China will likely deploy four carrier strike groups by 2030.

The country launched its first carrier in 2012 -- a Soviet-era warship that had been refitted. Last year, the first China-made aircraft carrier went into commission. A third carrier is said to be under construction in Shanghai.

China's defense spending in 2017 was just over 1 trillion yuan ($157 billion). The figure is about 10 times that of 2000. Though still about 30% of what the U.S. spends on its defense capabilities, China's military budget is the second largest in the world. The 2018 budget calls for a further increase, to 1.1 trillion yuan.

Kunihiko Miyake, research director at the Canon Institute for Global Studies, said China "is expanding its navy with a focus on scale rather than quality to establish a military presence that can be on a par with U.S. fleets in the Indian Ocean, the western Pacific Ocean and the Middle East."

President Xi Jinping in October said he intends to speed up efforts to make China a maritime power. Some say this reflects Xi's intention to secure sea lanes free of American interference, and the combination of strong naval forces and port rights would go a long way in this regard.

One after another, China is acquiring rights to use ports along the South China Sea, the Indian Ocean as well as the coasts of the Middle East. The country has also built and militarized a string of atolls in the shallow South China Sea.

In December, port authorities in Sri Lanka formally awarded China the right to operate the southern port of Hambantota for 99 years. China and its partners in 2008 began investing $1.3 billion to build the port for Sri Lanka. However, the island's government could not repay the high-interest debt and last July agreed to hand over the port to China.

The port is located midway between the Arabian Sea and the Indian Ocean, and is right under India's nose. Not only is China challenging the U.S. at sea, it is also locked in an intensifying rivalry with India, which last month signed a deal giving it temporary access to a port in Iran. 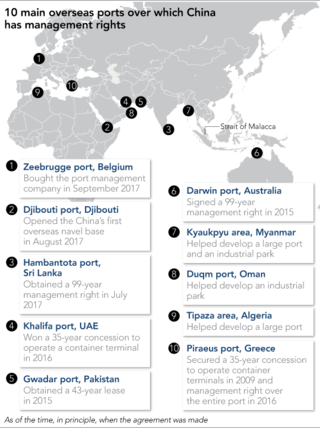 Since China proposed its Belt and Road Initiative in 2013, government-affiliated financial institutions and state-owned companies have been busy building big ports abroad. China expects the projects to create modern-day versions of Silk Road trade routes to and from Europe.

The country already has concessions for seven ports. In total, China is expected to have at least 30 in Asia, the Middle East, Africa and Europe under its influence.

One of these ports will help it receive oil without having to send tankers through the perilous Strait of Malacca. The strait provides vessels with the shortest route between the Indian Ocean and the South China Sea but is narrow, about 70km wide, and shallow, an average of 25 meters deep. China is believed to be concerned that U.S. submarines could seal off the strait in any emergency situation.

In 2015, after spending a little less than $200 million to help build Gwadar port in Pakistan, China was awarded a 43-year lease to manage the port. The plan is to link the port and northwestern China by pipeline and rail.

China has also been developing the Kyaukpyu area of coastal Myanmar and has already opened a pipeline from the port that stretches 800km to the Chinese province of Yunnan. This is another route oil from the Middle East can take to China without having to be shipped through the Strait of Malacca.

Shinji Yamaguchi, senior research fellow at the National Institute for Defense Studies, the policy research arm of Japan's Ministry of Defense, said China "obtains the management rights over ports by putting private use at the forefront."

But, he added, "the People's Liberation Army may also use the ports as naval bases in times of emergency."

Miyake, the researcher at the Canon Institute for Global Studies, said China's headlong race toward maritime superiority makes him wonder whether the country "wants to overcome the historic trauma it sustained from the Opium Wars."

Those wars began in 1839 and ended in 1860, when China agreed to allow British and other foreign powers to set up dozens of "treaty ports" along its coasts.

The British navy has since declined. For decades now, it has been the U.S. Navy that insists on freedom of navigation on the world's oceans. And from the U.S.'s point of view, China is challenging this principle of international law.

In doing so, China is acting in a way that recalls European imperialism.