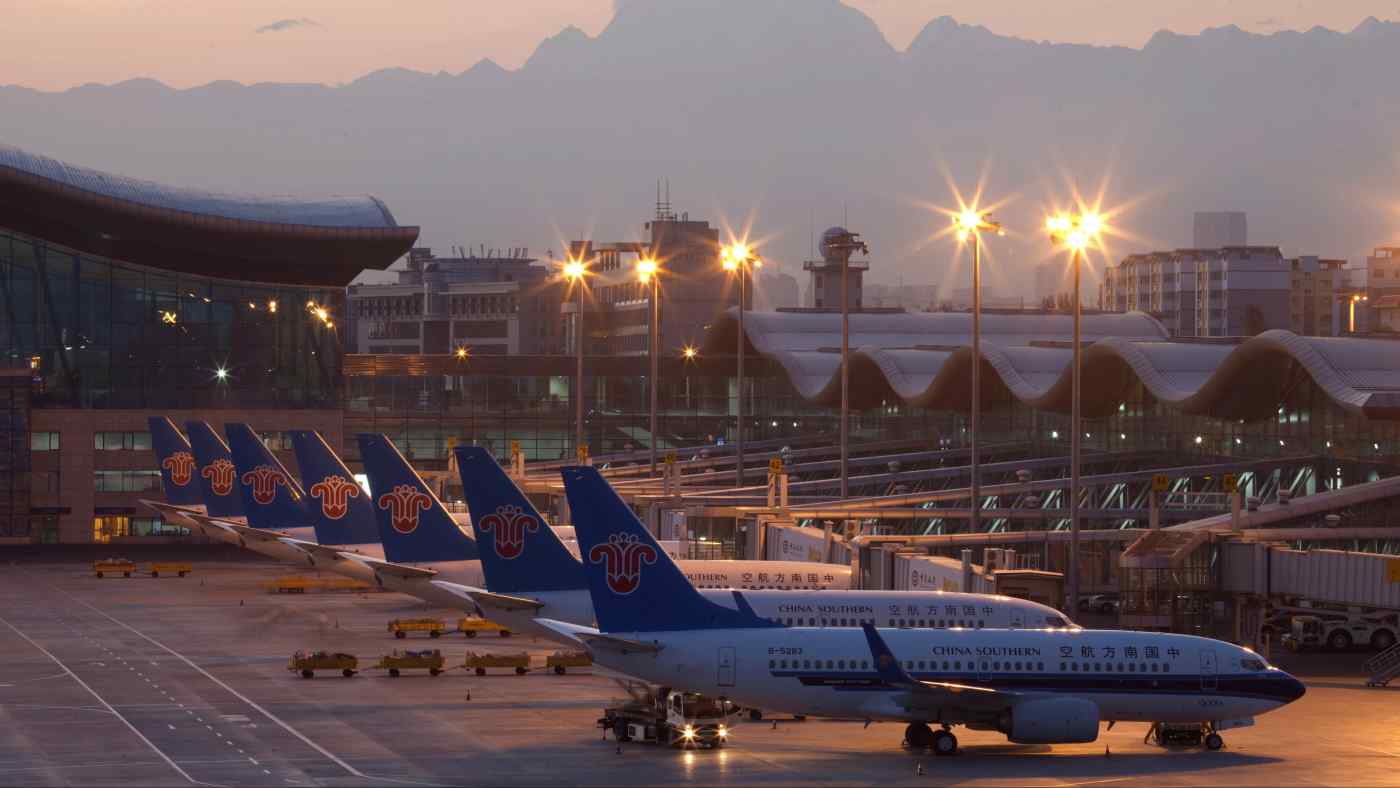 GUANGZHOU -- China's smaller airports are bleeding money, forcing the government to prop up the facilities with subsidies.

Passenger traffic has surged, but it has not kept pace with the rapid expansion of airport capacity, leaving 70% of small and midsize local airports in the red. As a result, the government spent 1.83 billion yuan ($266 million) to subsidize money-losing local airports in 2018, triple the figure for 2013.

In 2016, China's civil aviation authority launched an ambitious plan to pump up the number of passengers to 720 million by 2020, up 60% from 2015. The goal was to catapult the country's airline industry to the top of the global ranks.

Under the plan, the number of airports will be increased by 30% to more than 260. Most of the airports under construction are located in second- or lower-tier cities of each province. The government hopes to boost regional economies by improving transportation access.

By sheer passenger count, the initiative seems to be working, as the tally hit 610 million in 2018. But while airports in top cities like Beijing and Shanghai have become even busier, other facilities have been left behind. One in 10 small and midsize airports in smaller cities saw passenger traffic shrink in 2018.

On top of the hefty state subsidies, many local governments subsidize discounts on airfares -- usually around several hundred yuan for one-way tickets -- to attract passengers to their airports in a desperate attempt to prevent airlines from terminating their services.

China's annual expansion of air transport capacity -- over 9% -- has exceeded economic growth over the past several years, with gross domestic product rising in the 6% to 7% range. One sales representative at a Japanese airline warned: "It is exactly like how things were during Japan's bubble-economy years. As demand fails to keep up with supply, we will start seeing many empty airports across China sooner or later."