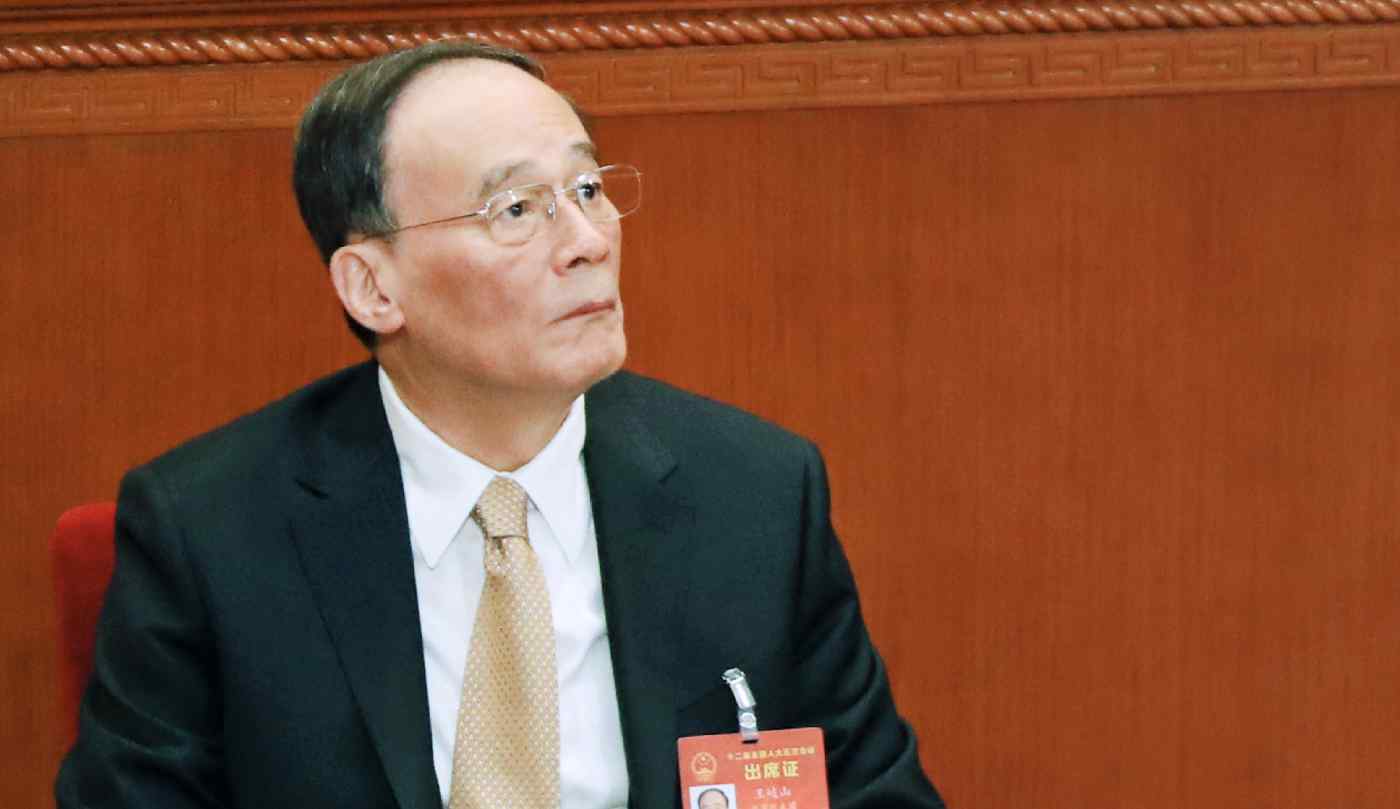 BEIJING -- Chinese corruption watchdog Wang Qishan has expressed a desire to step down at the Communist Party congress next month despite opposition from close ally and President Xi Jinping, multiple sources tell The Nikkei.

Those 68 or older at the time of the twice-in-a-decade gathering customarily retire. Wang is 69. "Wang has health problems and is hoping to end his career on a high note with his success cracking down on corruption," a party source said.

The two men are said to have a relationship stretching back nearly half a century. Wang joined the seven-member Politburo Standing Committee in 2012, the year Xi became the party's general secretary. Wang has since busted a number of Xi's influential rivals for corruption, including Zhou Yongkang, who was close to former President Jiang Zemin.

By doing the president's dirty work, Wang enabled Xi to rapidly consolidate power. Xi is trying to persuade his close ally to stay by stressing that the retirement age is not necessarily a hard-and-fast rule. Xi is also trying to set a precedent so that he himself can serve a third term, at whose start he would be above the cutoff age.

Chinese tycoon Guo Wengui has since spring accused Wang's wife and other family members of inappropriate ties to HNA Group. Some thought that this would hurt the graft buster's standing in the party. But the couple and four other Politburo Standing Committee members attended a Sept. 7 symposium commemorating a century since the birth of the late Vice Premier Yao Yilin.

"The Xi leadership demonstrated that Guo's allegations have no impact on party dynamics," a source said.

But despite Xi's desire to keep Wang on, many within the party are said to strongly oppose the idea of the anti-corruption chief bending the rules.

Regardless, few question Xi's grip on power. The Politburo decided Monday to enshrine his political ideologies from his first five years as president in the party charter. He has already been anointed the "core" of the party, setting him apart from other recent leaders, and is only expected to strengthen his position.

At the upcoming congress, Xi aims to remove those close to former Presidents Hu Jintao and Jiang from leadership posts in order to further tighten his hold on the party. He could insert such other close allies as Politburo member Li Zhanshu and Chongqing party chief Chen Min'er into the top ranks in exchange for letting Wang leave.

But some see a retirement by Wang as weakening Xi in the party's eyes. Li and Chen also have limited experience on the national stage compared with Wang and may not be able to fill his shoes.

Given the possible consequences, Xi is expected to continue seeking ways of keeping Wang around. Wang's original background is in economics. A former deputy governor of the People's Bank of China, he also helped the country recover from the 2008 financial crisis as vice premier for financial matters.

"Xi is looking to focus on the economy in his second term and wants to place Wang in an economic role," a source said.