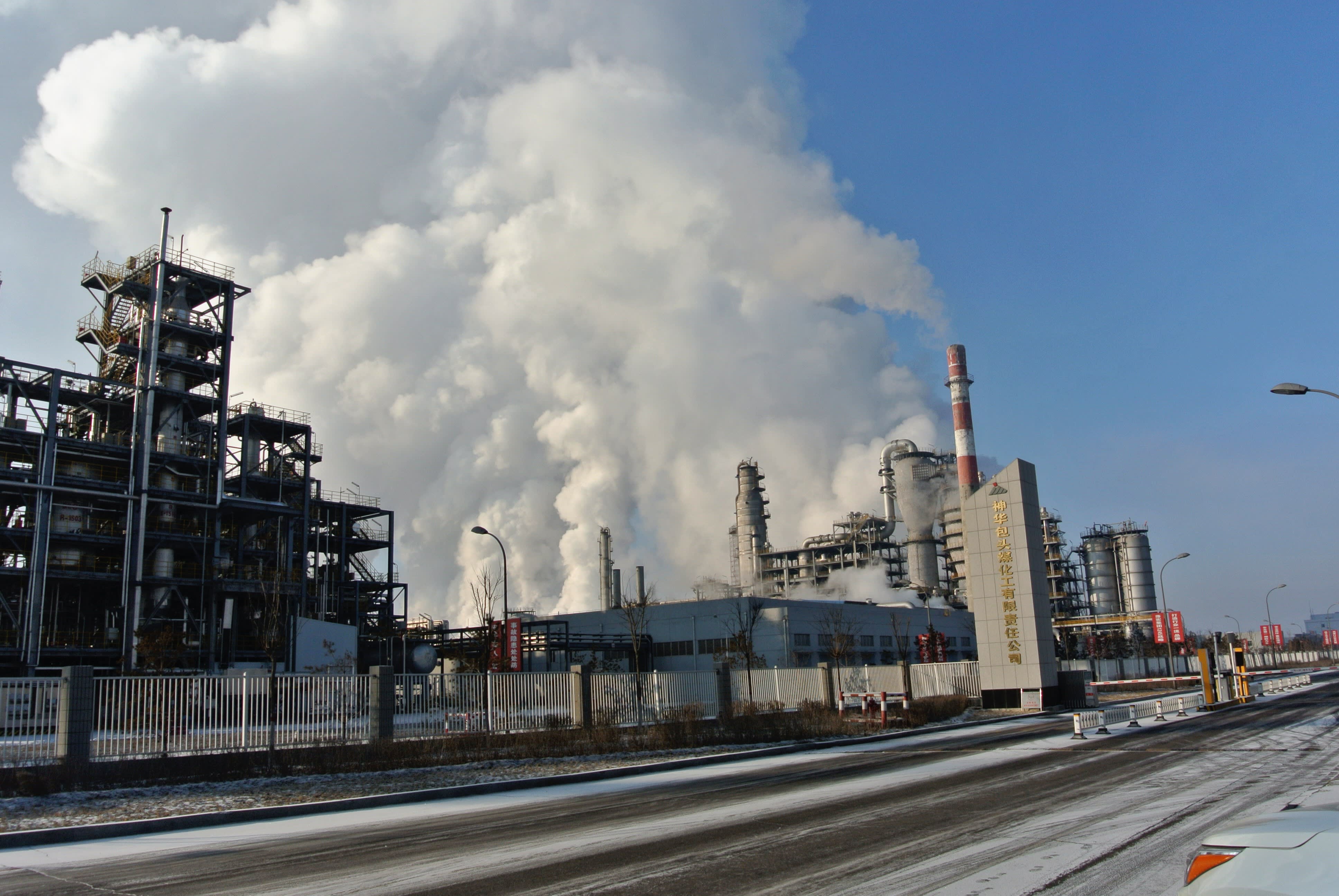 Factories run by a major state-owned energy company polluted a lake in the village of Langui in China.
February 25, 2016 12:00 JST | China
CopyCopied

BEIJING   The village of Langui, located outside the industrial city of Baotou in the Inner Mongolia Autonomous Region, is one of many places that have suffered from China's single-minded focus on economic growth.

A 5 million-sq.-meter lake from which local fishermen make their living was rendered unrecognizable four years ago. The water turned a cloudy gray, punctuated by the white bellies of dead fish.

Liu Chengyi, a carp farmer, was among those who investigated the pipelines discharging wastewater from nearby factories. Following this lead brought them to China Shenhua Energy, a state-owned coal company listed in Hong Kong that ranks 21st in China by sales.

Liu repeatedly appealed to the local government and environmental protection authorities, contending that "we ordinary people have a right to live, too." But his entreaties were brushed off. The water finally began to clear a year ago, after Chinese media covered the pollution in Langui extensively.

"The lake is finally coming back to life," Liu said.

MYOPIA   Pollution can be found throughout China, whether in the form of uncontrolled smoke emissions, illegally disposed toxic substances or untreated wastewater.

In the Tengger Desert, near the city of Zhongwei in the Ningxia Hui Autonomous Region, a black pond the size of a soccer field abruptly appeared in a sandy area used for sheep and camel grazing. Wastewater from the Tengger Industrial Park -- set up through a local government initiative -- had been buried there untreated.

China's environmental woes are the result of the pursuit of gross domestic product growth above all else. When businesses wooed by local governments build factories, the resulting gains to employment and GDP ensure that local officials are looked on more favorably. Companies receive a variety of benefits as well. This coziness among politicians, bureaucrats and industry has led to widespread environmental damage.

In early December, the city of Beijing issued a red alert for air pollution for the first time. The most serious warning in a four-tier system, it means authorities predict severe smog for three consecutive days or longer. The smog that blankets China, including heavy concentrations of PM2.5, the ultrafine particulate matter, owes partly to emissions from cars running on high-sulfur gasoline. Fingers have been pointed at the reluctance of China National Petroleum Corp. and other state-owned oil giants to undertake expensive environmental protection measures. Meanwhile, China's befouled air has spread beyond its borders to South Korea and Japan.

China's five-year plan slated for official approval in March puts the environment front and center, with spending on related measures likely to reach 10 trillion yuan ($1.53 trillion). The growth-first mindset that has bound together government and industry is now having the unintended consequence of taking a bite out of China's finances.