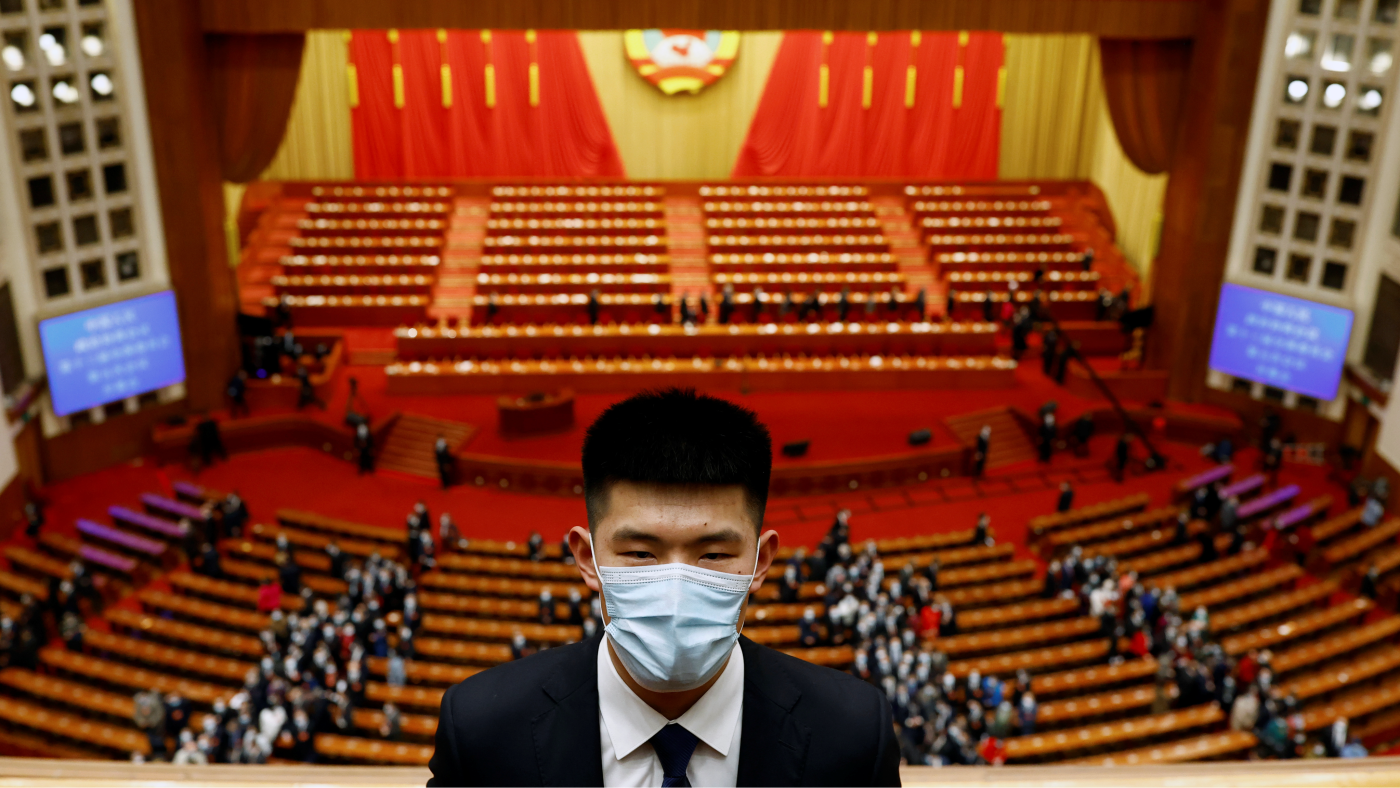 A security guard watches an entrance to the Great Hall of the People in Beijing. Law enforcement in China is overseen by a Chinese Communist Party commission.   © Reuters
TSUKASA HADANO, Nikkei staff writerSeptember 30, 2022 03:51 JST | China
CopyCopied

BEIJING -- With Chinese President Xi Jinping poised to receive a third term as Communist Party chief at next month's congress, Beijing watchers will be waiting to see whether one of his loyalists is named head of China's law enforcement, once viewed as resistant to his consolidation of power.

The party's Central Political and Legal Affairs Commission oversees public security and the judiciary as well as the Ministry of State Security, which handles counterintelligence and the secret police.