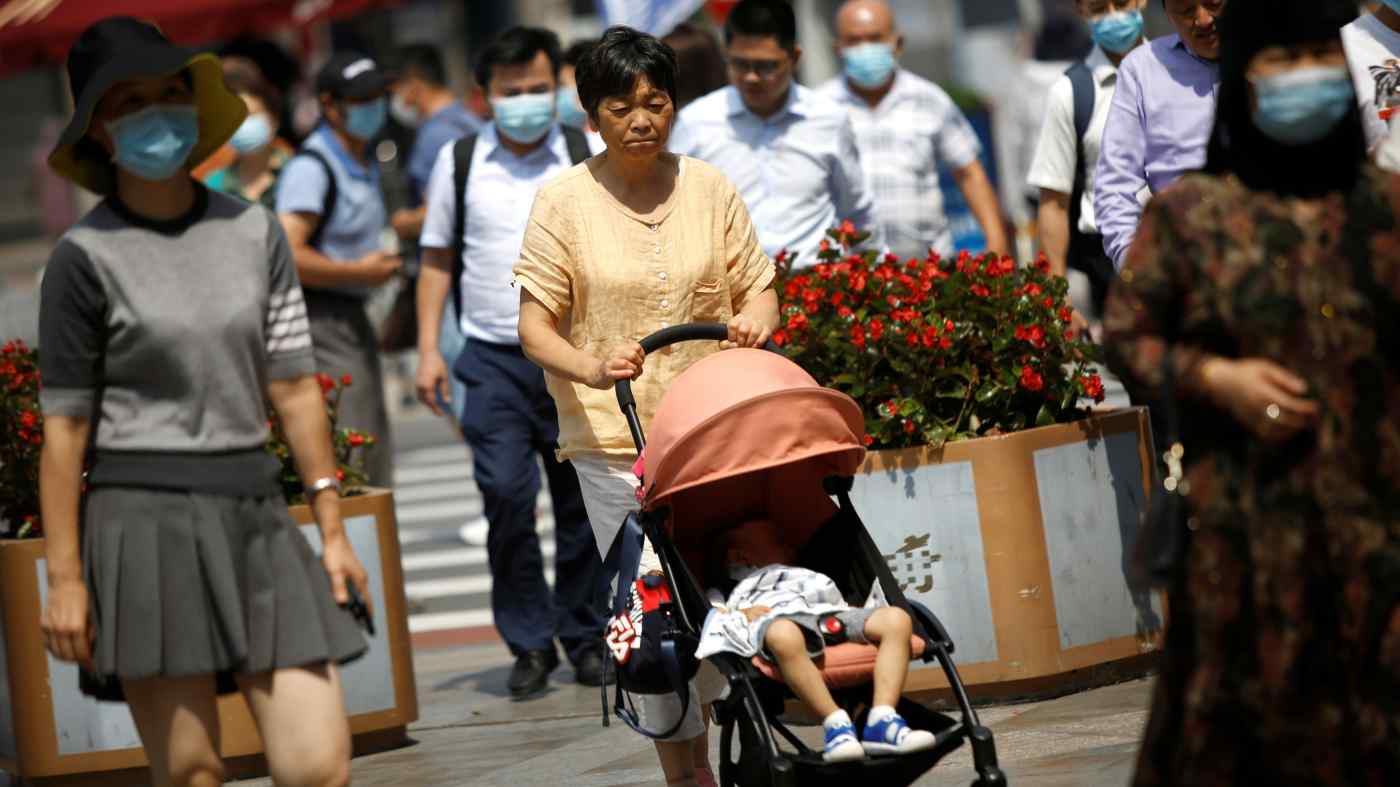 Many Chinese grandparents are responsible for child care while both parents work, which complicates the push for a higher retirement age.   © Reuters
IORI KAWATE, Nikkei staff writerFebruary 25, 2022 06:30 JST | China
CopyCopied

BEIJING -- Jiangsu will become China's first province to allow individuals to postpone retirement next month, as the country scurries to secure workers and curb ballooning social welfare spending amid a rapidly aging population.

The Chinese government has said it will gradually raise the retirement age under a five-year plan through 2025. Other provinces are also seen following in Jiangsu's footsteps, paving the way for a nationwide increase in the official retirement age.

Located on the coast near Shanghai, Jiangsu has long served as a hub for manufacturing and other industries. It was home to 84.77 million, or 6% of China's population, as of the end of 2020.

Because Jiangsu calculates pensions partly based on how long each individual worked, those who choose to defer could end up with higher monthly payments when they retire.

The province has opted for a voluntarily scheme, which requires consent from individual workers and their employers partly because of staunch opposition against a blanket increase in retirement age. Many middle-aged and elderly Chinese worry they could end up receiving less in pensions overall by retiring later. Chinese grandparents are also typically expected to care for their grandchildren, making it difficult for them to continue working.

It is unclear how many will sign up to defer retirement in Jiangsu. The province may not see as much of a difference in the amount of workers and social spending from the scheme as it hopes.

The trend is only expected to accelerate as the bulk of China's baby boomers start retiring this year. Over 40 million are expected to retire between 2021 and 2025. Meanwhile, the working-age population is seen shrinking by 35 million.