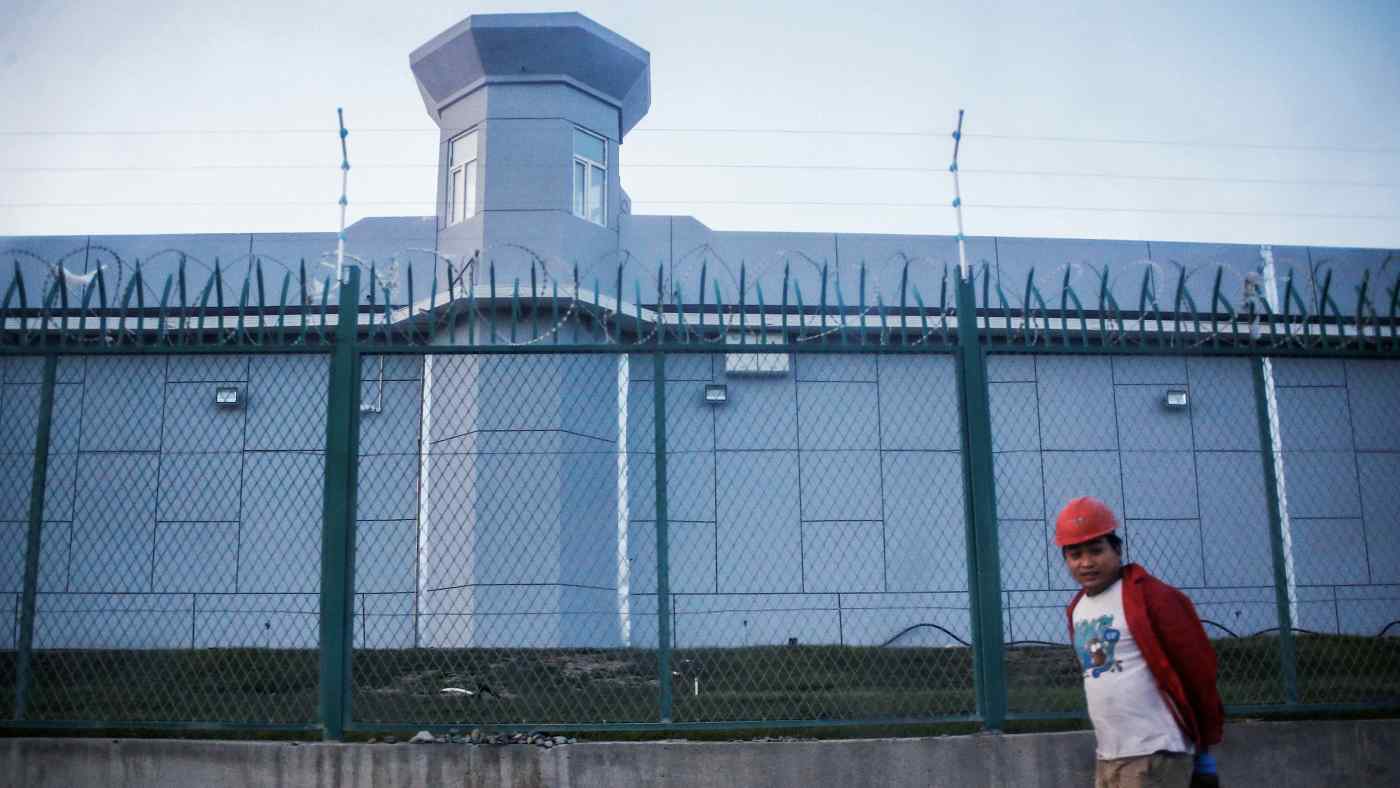 TOKYO (Kyodo) -- China runs a surveillance and predictive-policing system to crack down on a large number of Uighurs and other minority Muslims in its far west Xinjiang region, internal Communist Party documents show, a revelation likely to increase international condemnation of Beijing's human rights record.

With the Integrated Joint Operation Platform, China has analyzed personal information gathered from a range of sources and sent many Uighurs to internment camps, labeling them as dangerous elements, according to the documents.

It was also found that Uighurs are forced to use Mandarin and effectively abandon their religion and culture during detention at what Chinese authorities call vocational education and training centers.

It was the first time that an investigation by the International Consortium of Investigative Journalists -- which obtained the documents -- has revealed classified Chinese government directives that guided the sweeping crackdown.

Kyodo News is a partner of the Washington-based consortium.

The United States has imposed sanctions against Chinese entities and officials linked to repression to Uighurs and other ethnic minorities in the Xinjiang Uygur Autonomous Region.

Beijing cites the threat of "terrorism" and "extremism" as grounds for sweeping surveillance and mass detention. But critics say the Communist Party uses Uighur separatism and Islamic extremism as a pretext to crack down on dissent and justify tight control in Xinjiang.

One of the documents shows the platform, in the period from June 19 to 25, 2017, identified a total of 24,412 Xinjiang residents as "suspicious persons." Of them, 15,683 were rounded up by security officials and put into internment camps for supposed "education and training."

Linguists and experts who reviewed the documents have expressed a high degree of confidence in their authenticity, and former detainees have also corroborated their contents.

A document dated June 16, 2017, shows the party instructs officials to collect personal information about Chinese Uighurs living abroad in an effort to identify "those still outside the country for whom suspected terrorism cannot be ruled out."

Such people "should be placed into concentrated education and training" immediately upon their return to China, it says.

The document also refers to an IJOP-generated list of 1,535 people from Xinjiang who obtained foreign nationality and also applied for Chinese visas.

Of the total, 75 were in China, it says, adding "26 are Turkish, 23 are Australian, three are American, five are Swedish, two from New Zealand, one from the Netherlands, three from Uzbekistan, two from the United Kingdom, five are Canadian, three are Finnish, one is French and one is from Kyrgyzstan."

The document directed officials to find and investigate as many of them as possible, without expressing concern that placing foreign citizens in extrajudicial internment camps might cause a diplomatic uproar.

Chinese officials have claimed that detention camps are vocational training centers for those suspected of minor offenses that do not carry prison time.

In an official paper, the Chinese government describes the camps' purpose as providing aid and rehabilitation for those involved in terrorist or extremist activities.