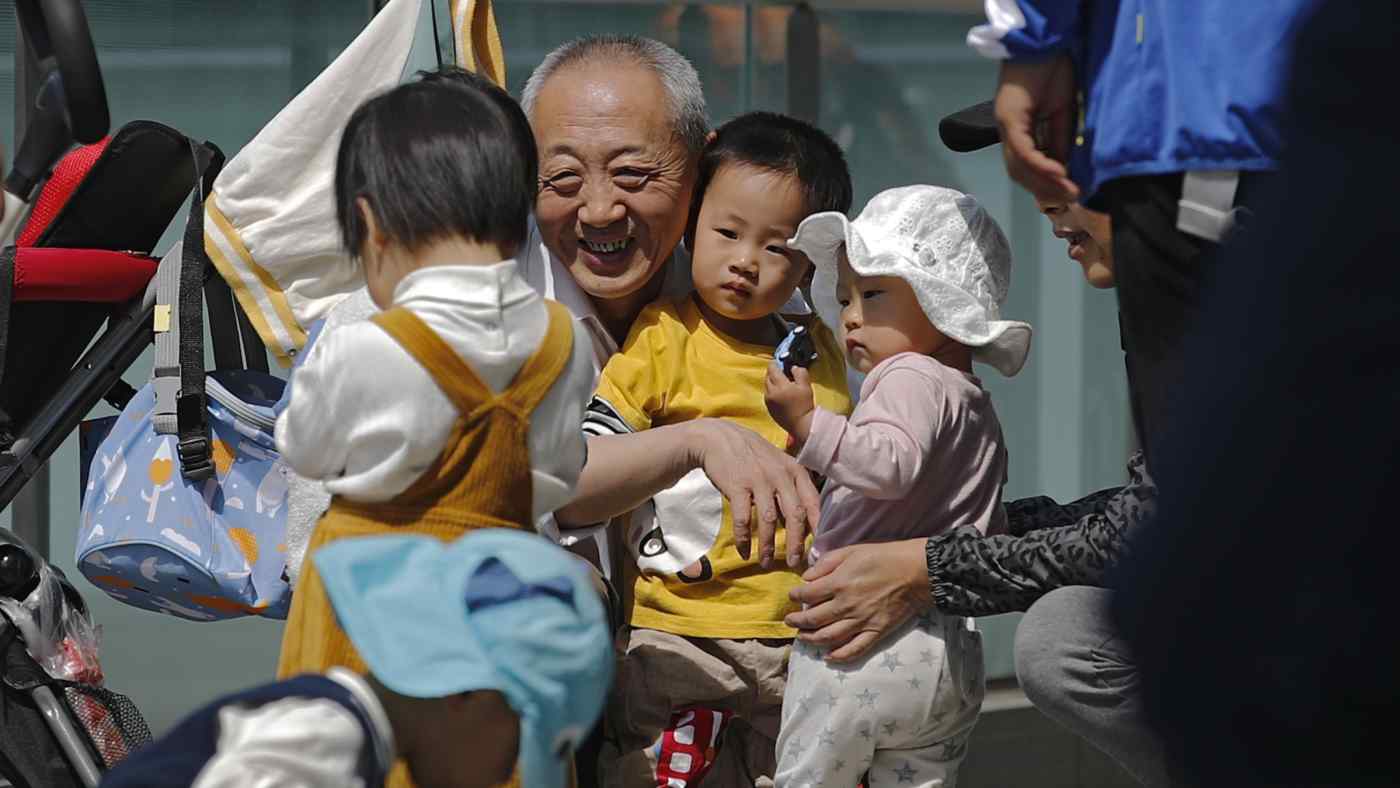 BEIJING -- China will permit all married couples to have up to three children, hoping to avert a population crisis stemming from declining births.

The Communist Party's Politburo decided Monday to ease the current two-child restriction, without specifying when the change will take effect.

China ended its longtime one-child policy in 2016, seeking to reverse the falling birthrate, but the trend continued. With the country's labor pool shrinking and the population aging rapidly, the party leadership decided to relax its birth policy further.

The country's population of over 1.4 billion continued rising in 2020, the latest census data shows, but a downturn appears imminent. The Global Times, affiliated with the Communist Party, has quoted a demographic expert as saying the turning point would come as early as 2022, five years earlier than previously predicted.

In the decade through 2020, the number of people 65 or older increased by 60%. Their share of China's population stands at 13.5%, just below the internationally recognized 14% threshold for an aging society.

The flip side of China's rapid aging is a sharp drop in the working population, which fell 4% from a peak reached in 2013.

This demographic shift threatens to drain money from pension, medical, unemployment and other social security programs. China's social security fund relied on government spending for 25.5% of its 2021 budget, up 3 percentage points from 2015. 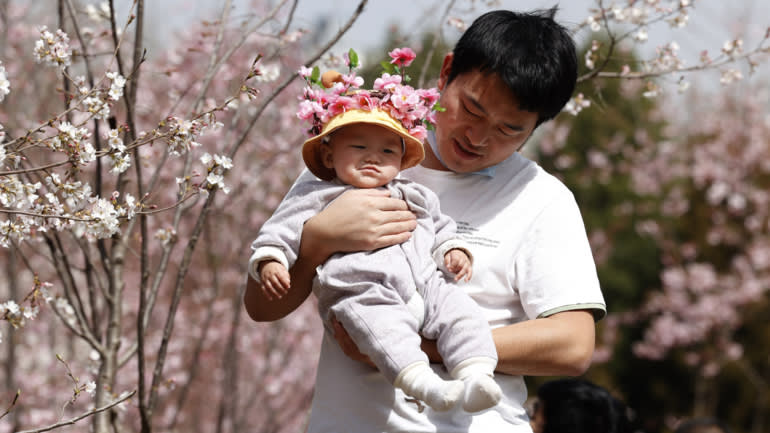 High education costs discourage many parents in Beijing and Shanghai from having even a second child.   © AP

The shrinking population of younger people casts a pall over the domestic spending central to President Xi Jinping's economic policy.

The People's Bank of China concluded in an April working paper that it would be difficult to compensate for an aging population through technological improvements and increased education alone. The central bank urged a speedy response to the crisis.

Policies announced by the Politburo have stressed plans to raise the statutory retirement age to secure enough workers to man shops and keep factories humming. But the idea has been received poorly by the public, as it involves raising the age of pension eligibility -- when the government is trying to expand the social safety net -- as well as potentially taking away opportunities from younger job seekers.

Most importantly, removing restrictions to larger families will not change the view of many urban households that one child is expensive enough.

When China allowed all households to have two children, some analyses suggested that the change could lift the country's total fertility rate -- the number of children born over a woman's lifetime -- above 2. But the boost proved short-lived, with births rising only in 2016 before declining for four straight years from 2017.

The fertility rate last year dropped 18% to 1.3, the lowest since 1961 -- when the country was still reeling from the Great Leap Forward and ensuing famine. With the number of women of childbearing age expected to plunge 40% over the decade through 2025, a turnaround appears unlikely.

The cost of education through high school for one child in big cities such as Beijing and Shanghai has been estimated at 2.5 million yuan ($392,000). Per-capita disposable income in cities averaged just under 440,000 yuan, or $69,000, last year. Ballooning apartment costs have burdened families with expensive mortgages, even as incomes are only gradually picking up following the coronavirus crisis.

"It would be hard to raise even a second child," said a 35-year-old parent with a 3-year-old child in Beijing.

The Politburo laid out steps to support child-rearing, including expanding day care services as well as reducing education costs. It also called for improvements to maternity leave and insurance to make it easier for women to have children.

Also contributing to the steady slide in births is a decline in marriages, which fell for seven straight years through 2020.

The Politburo emphasized "guiding young people's values on marriage and family after they reach marrying age," according to the state-run Xinhua News Agency. Social customs that have discouraged marriage, such as excessive betrothal gifts, will be targeted as well.