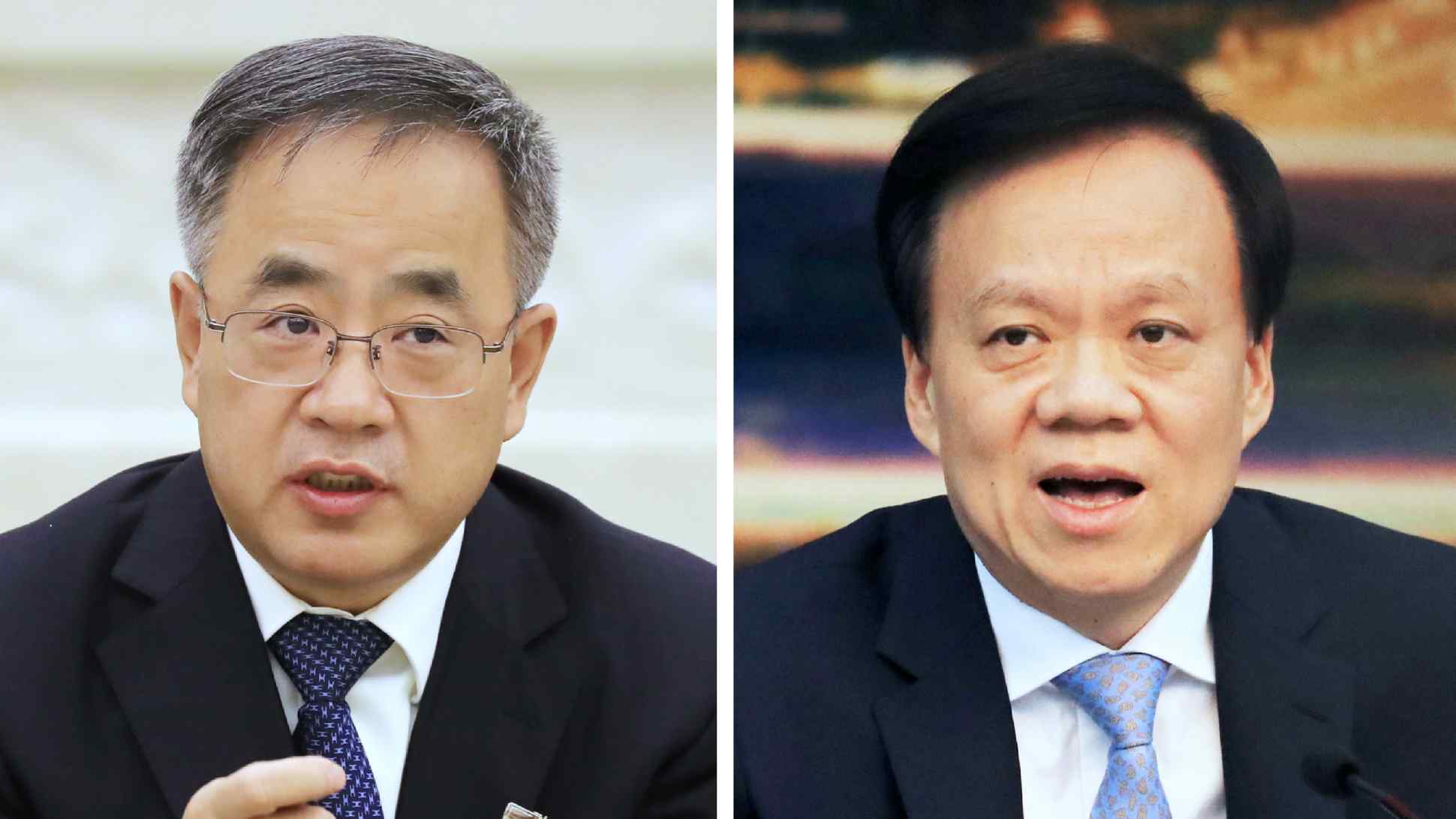 Hu Chunhua, left, and Chen Min'er were among the provincial Chinese leaders watching their words at the Communist Party congress Thursday.
Politics

BEIJING -- China's young and rising political figures decided to show loyalty to President Xi Jinping rather than tout their own achievements Thursday -- mindful of Xi's desire to hold on to power for the long run -- as the twice-per-decade Communist Party National Congress continues.

The so-called post-Xi generation, about a decade younger than the president, spoke during and after conferences of their respective provinces.