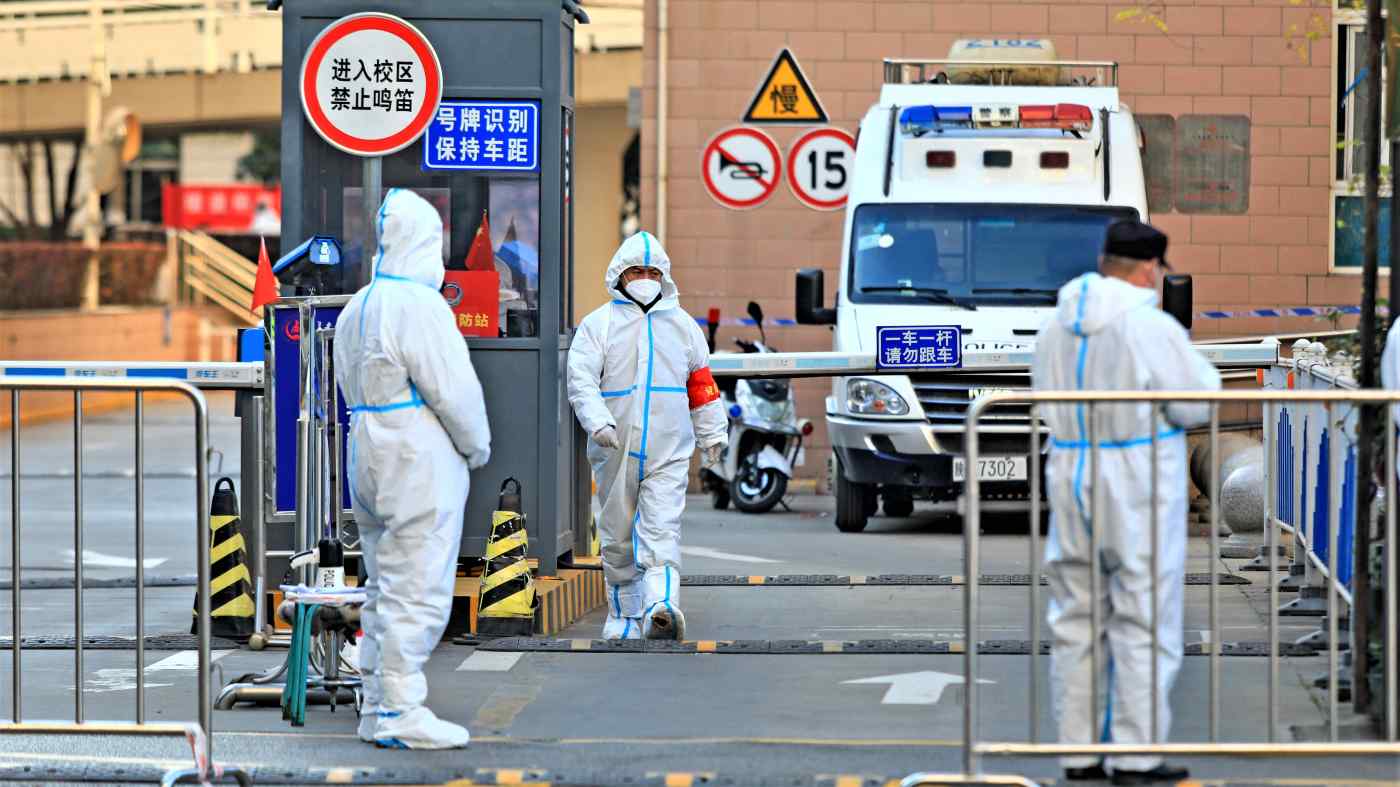 TOKYO -- China's strict adherence to a zero-COVID policy will backfire in 2022, consultancy Eurasia Group predicts in its list of top political risks for the year, causing problems far beyond the country's borders.

The U.S.-based group also sees the growing influence of tech giants and the American midterm elections as key risk factors to watch, along with Russia, Turkey and the global transition from fossil fuels to renewables. Overall, the analysts warn, the lack of global leadership "is clearer than ever."

"China is in the most difficult situation because of a zero-COVID policy that looked incredibly successful in 2020, but now has become a fight against a much more transmissible variant with broader lockdowns and vaccines with limited effectiveness," Eurasia Group President Ian Bremmer and Chairman Cliff Kupchan say of their No. 1 risk.

They argue that President Xi Jinping's policy will fail to contain the new omicron variant, leading to larger outbreaks and more severe lockdowns. "This will in turn lead to greater economic disruptions, more state intervention, and a more dissatisfied population at odds with the triumphalist 'China defeated COVID' mantra of the state-run media."

Further supply chain disruptions are likely, in their view. But they see the government as being too wedded to its zero-COVID policy to adjust now. "The initial success of zero-COVID and Xi's personal attachment to it makes it impossible to change course," they write.

The "technopolar world," in which big tech companies are the main actors and enforcers in the digital space, comes in as the second top risk. They note that key parts of people's daily lives and some essential functions of the state increasingly exist in the digital realm, whose future is being shaped by tech companies and decentralized blockchain projects. Eurasia Group says government policies, such as new laws in the European Union that will put curbs on some business practices by big tech companies, will do little to reduce their influence.

"Like a country that grew fast but doesn't have the expertise to educate its citizens or keep them safe, big tech firms have neither the capacity nor the interest to govern the places and tools they are creating," they warn. They contend that "ineffective governance by tech giants will impose costs on society and business," including worsening disinformation and increased distrust of democratic institutions.

Eurasia Group says the U.S. midterms will be a historic "tipping point." Republicans will "almost certainly take back majority control of the House of Representatives," they predict. While this would not trigger an immediate crisis, they say, the election will also be a key indicator for the 2024 presidential election, as former President Donald Trump is already signaling his intention to run again.

"Four challenging years under Biden could deliver Trump the votes he needs to defeat either the incumbent or another Democrat," Bremmer and Kupchan write, laying out scenarios of how -- win or lose -- Trump's return could lead to greater internal and global instability.

Also on the list are Russia, whose buildup of troops near Ukraine has raised tensions with the U.S., and Turkey, which is facing a surge in inflation and a volatile local currency. Turkish President Recep Tayyip Erdogan's "foreign policy positions will remain combative as part of an effort to distract voters from the economic crisis," they suggest.

In addition, the report predicts a turbulent global transition to green energy, as details remain scarce on how countries will reach their goals of net-zero emissions in the coming years.