Pro-democracy incumbents were disqualified from running in delayed election 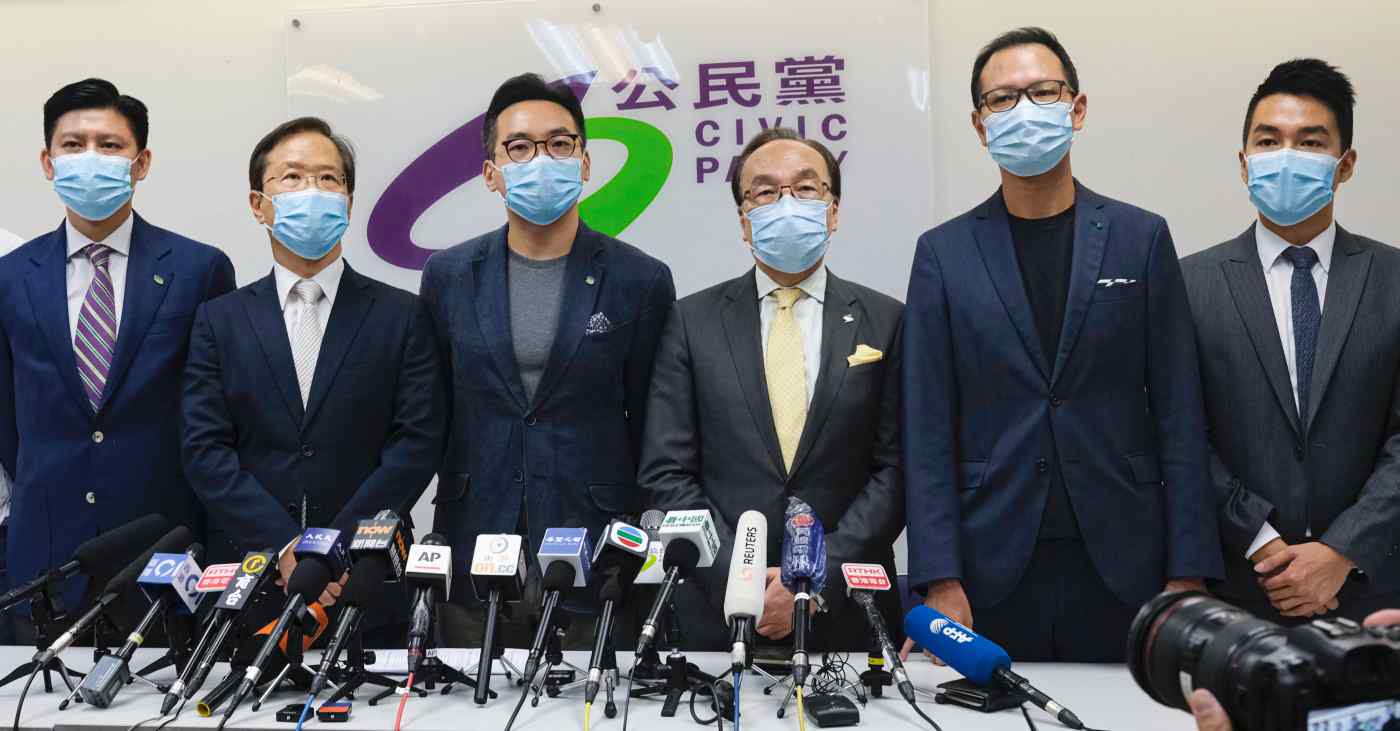 HONG KONG -- China's top legislative body may decide to block four disqualified pro-democracy Hong Kong lawmakers from keeping their seats in a provisional term that would run through the rescheduled election next year.

The Standing Committee of the National People's Congress is expected to discuss how to handle the one-year postponement of Hong Kong's legislative election in a four-day meeting starting Saturday. Hong Kong's Basic Law stipulates that members of the Legislative Council serve for four-year terms, which leaves the seats empty for the year leading up to the new election date.

The Standing Committee, which has the power to interpret the Basic Law, is said to be considering extending the terms of incumbents for a year or establishing an interim legislature with members appointed by mainland Chinese government. The latter is similar to the provisional body established around the time of the territory's 1997 handover from the U.K. to China.

Neither of these ideas clarifies how to handle lawmakers barred from running for reelection. The day before the postponement was announced, authorities disqualified 12 pro-democracy candidates, among them four Legislative Council incumbents.

Should they lose their seats, the pro-democracy contingent on the Legislative Council will drop to 20, falling below the one-third threshold needed to block major legislation. This could let the 42 pro-mainland lawmakers push through changes to the electoral system that would work in their favor.

"There are different views in society," Tam said Friday morning but declined to elaborate further.