Reports may be meant to placate party elders unhappy with Xi 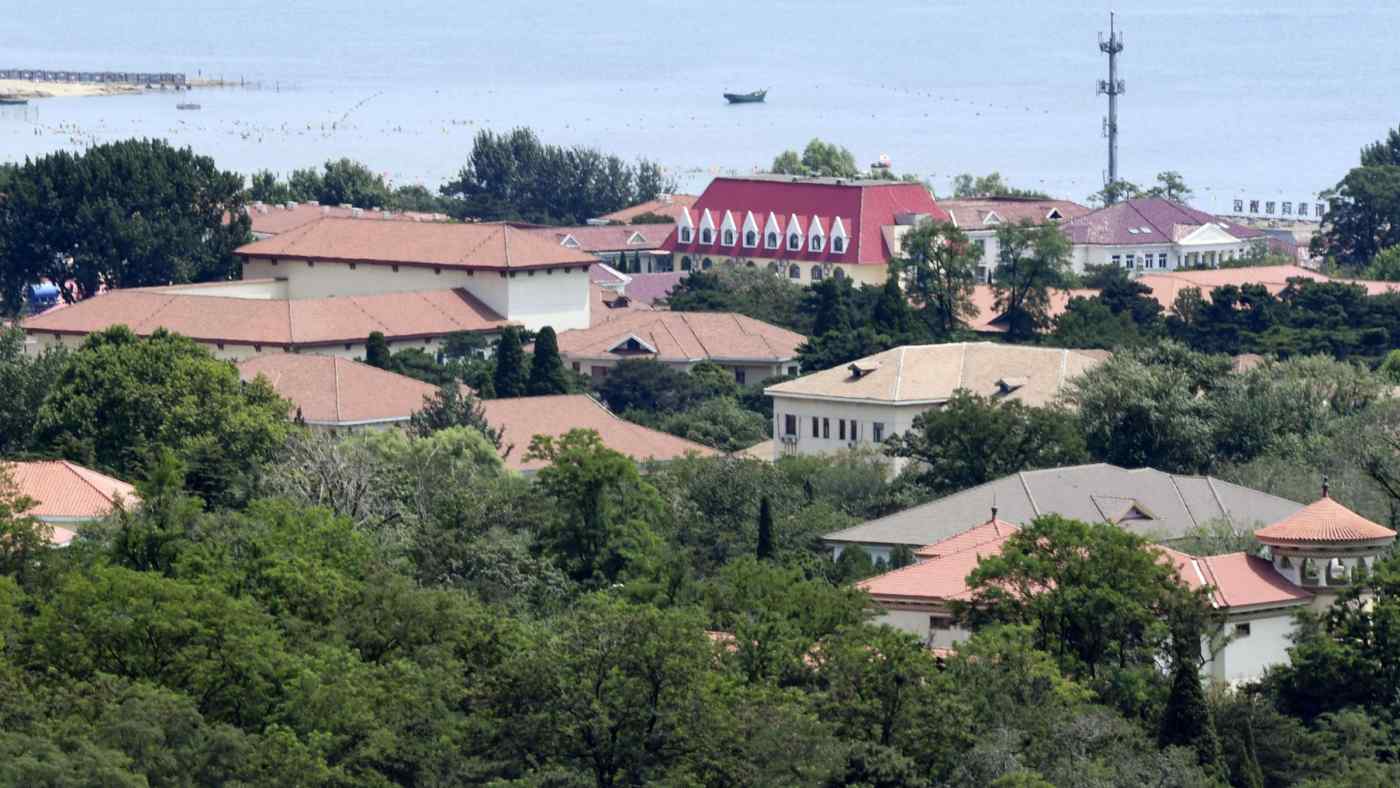 BEIJING -- In a shift from custom, China's official Xinhua News Agency has reported on the activities of senior party officials in the beachside resort of Beidaihe in Hebei Province, providing a strong indication that the annual summer gathering of the party leadership and elders is underway.

On Wednesday, Xinhua reported that Premier Li Keqiang, the Chinese Communist Party's No. 2 after President Xi Jinping, met with the president-elect of the coming United Nations General Assembly, Maria Fernanda Espinosa of Ecuador, at Beidaihe.

The Beidaihe conclave has long been a platform for retired leaders to comment on, critique or endorse the policies of their successors. The Communist Party does not officially acknowledge the meetings, but the reports may be an indication that Xi is paying tribute to the old guard, which is said to be unhappy with his consolidation of power and his handling of relations with the U.S.

"In the current international situation, we need a world of multilateralism more than ever," Xinhua reported Li saying in his meeting with Espinosa. "All countries should protect the rules-based international order, abide by the purpose and principles of the U.N. Charter, and persist in resolving differences through dialogue and consultation," he said, in an apparent jab at U.S. President Donald Trump.

On Saturday, Xinhua also reported that Chen Xi, head of the party's Organization Department, and Vice Premier Hu Chunhua had been entrusted by Xi to visit "vacationing experts" in Beidaihe. Both belong to the 25-member Communist Party Politburo. It is rare for Xinhua to report about this many top leaders being in Beidaihe by name.

This year's Beidaihe meeting is expected to focus heavily on the trade war with the U.S. and how to deal with the Trump administration. Since the twice-in-a-decade party congress last October, Xi and his foreign policy team have put a priority on building a stable relationship with the U.S. The recent collapse of trade talks with Washington gives an opening to party elders to grill Xi on the issue.

The retired leaders are also reportedly unhappy with how Xi has promoted his cronies and friends to key positions and used them to build a cult of personality. Intellectuals in Beijing have been expressing hope that the elders will use this year's Beidaihe to pressure Xi not to go further down this road.

The attendance of former Presidents Jiang Zemin and Hu Jintao has not been confirmed. In July, reports emerged that Jiang and his supporters had sent a long letter to Xi calling for a reset of his foreign and economic policies.

In the past, there have been efforts to cancel the Beidaihe gatherings, on the grounds that they give retired officials too great a voice in current affairs. But each time, those attempts have been thwarted by elders determined to keep a hand in the game. The recent reports in state media that implicitly acknowledge the existence of the Beidaihe meetings may be a message from Xi to the elders that he respects the annual ritual and is willing to listen to their opinions.