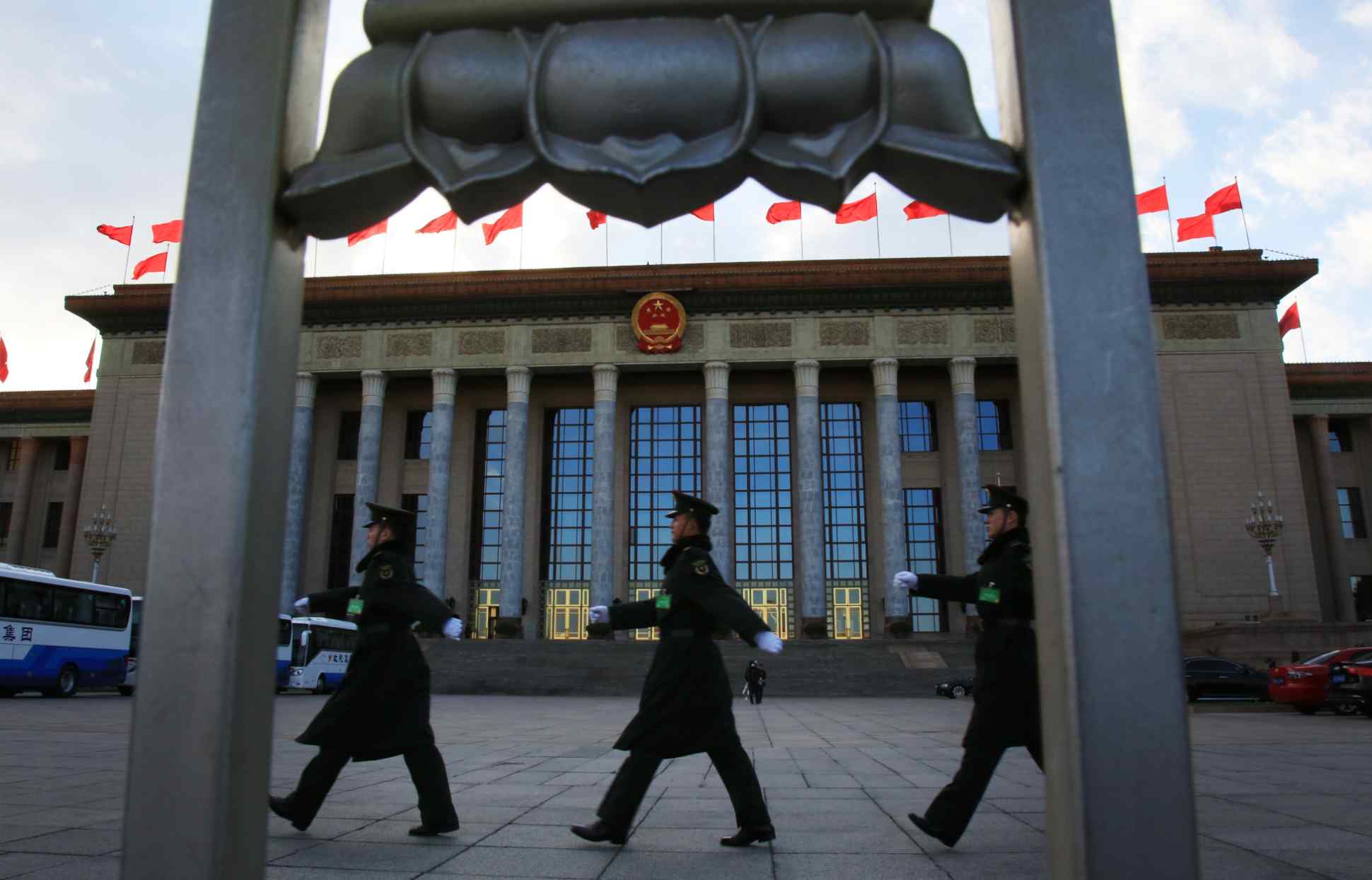 Guards patrol outside the Great Hall of the People during the National People's Congress. (Photo by Akira Kodaka)
Politics

BEIJING -- The new faces among China's top regional officials expected to support President Xi Jinping during this fall's leadership reshuffle spent time in the spotlight at the ongoing annual meeting of the country's legislature, competing to win the "core" leader's favor.

Referring to a visit by Xi late last month to the site of a new airport under construction in Beijing, Mayor Cai Qi explained Monday that his own role is to "build the capital of our great socialist motherland."