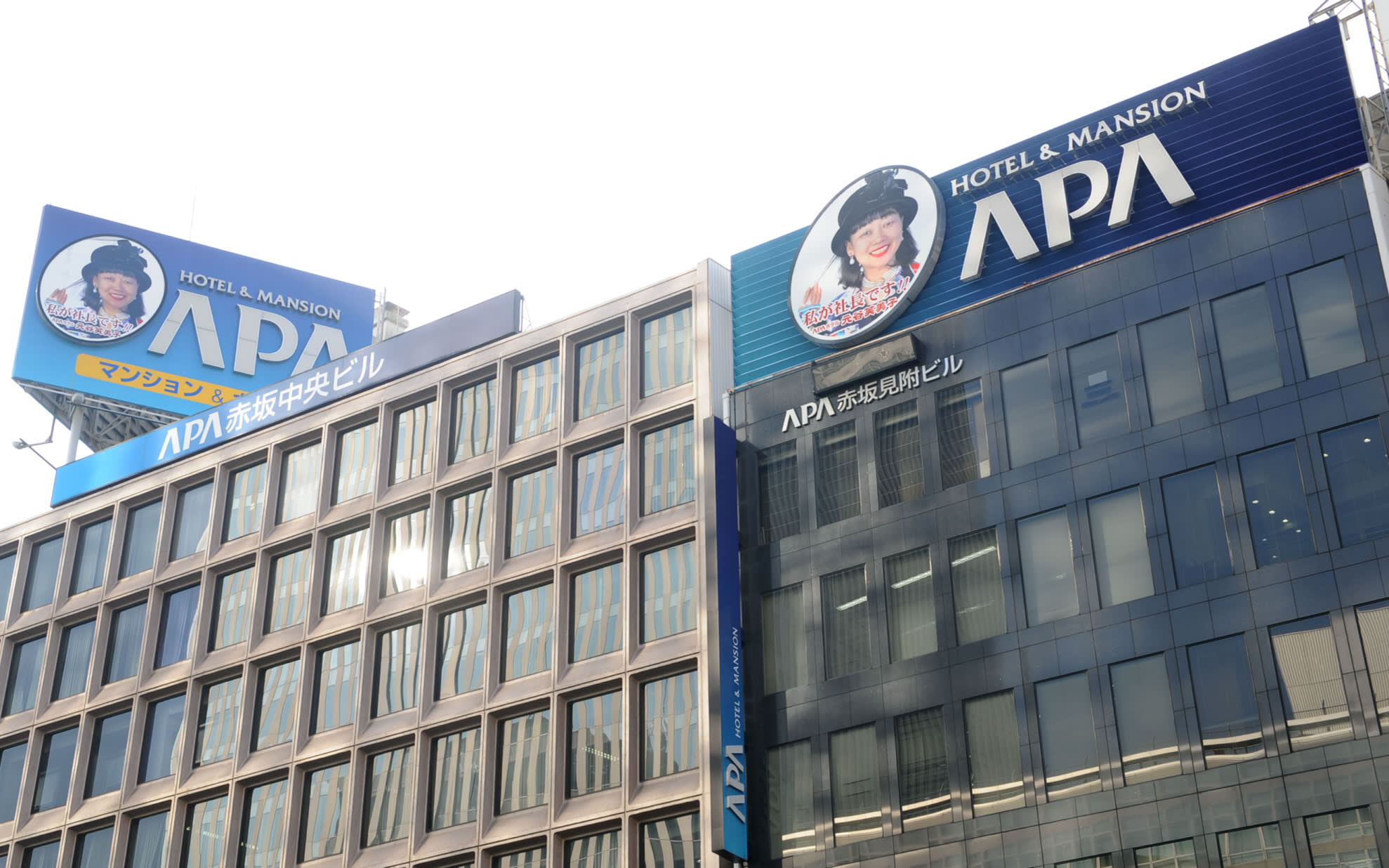 The books can be found in most rooms at hotels operated by Tokyo-based APA Group.

The hubbub began with an online video showing how the book denies the 1937 massacre of Chinese troops and civilians by Japanese soldiers. The book also denies that Imperial Japanese Army troops used "comfort women."

The book was penned by APA Group CEO Toshio Motoya.

The video, which has drawn more than 70 million views, has brought outrage, much of which is being vented in the form of negative online comments, like "Chinese people should stop staying [at the chain's hotels]."

The backlash has now apparently encouraged the travel sites to stop taking reservations for APA.

A Ctrip representative on Wednesday said the suspension is in response to the fact that the "APA Group is involved in an issue that is hostile to China."

On Tuesday, Chinese Foreign Ministry spokesperson Hua Chunying told a news conference, "We urge some people in Japan to squarely face history and seriously reflect on it."

In an editorial, the Global Times, which is affiliated with the Communist Party's official People's Daily, said this kind of thing should never happen again.

Motoya told The Nikkei that he "wrote about what I believe to be true." As to whether the chain might remove the offending books, he said, "We are not considering that at the moment."

The boycott by Chinese travel sites comes ahead of China's long Lunar New Year string of holidays, which begins Jan. 27. The period is also the busiest time of year for Japan's hotel industry.

APA Group's current handling of the issue is likely to adversely affect profits.