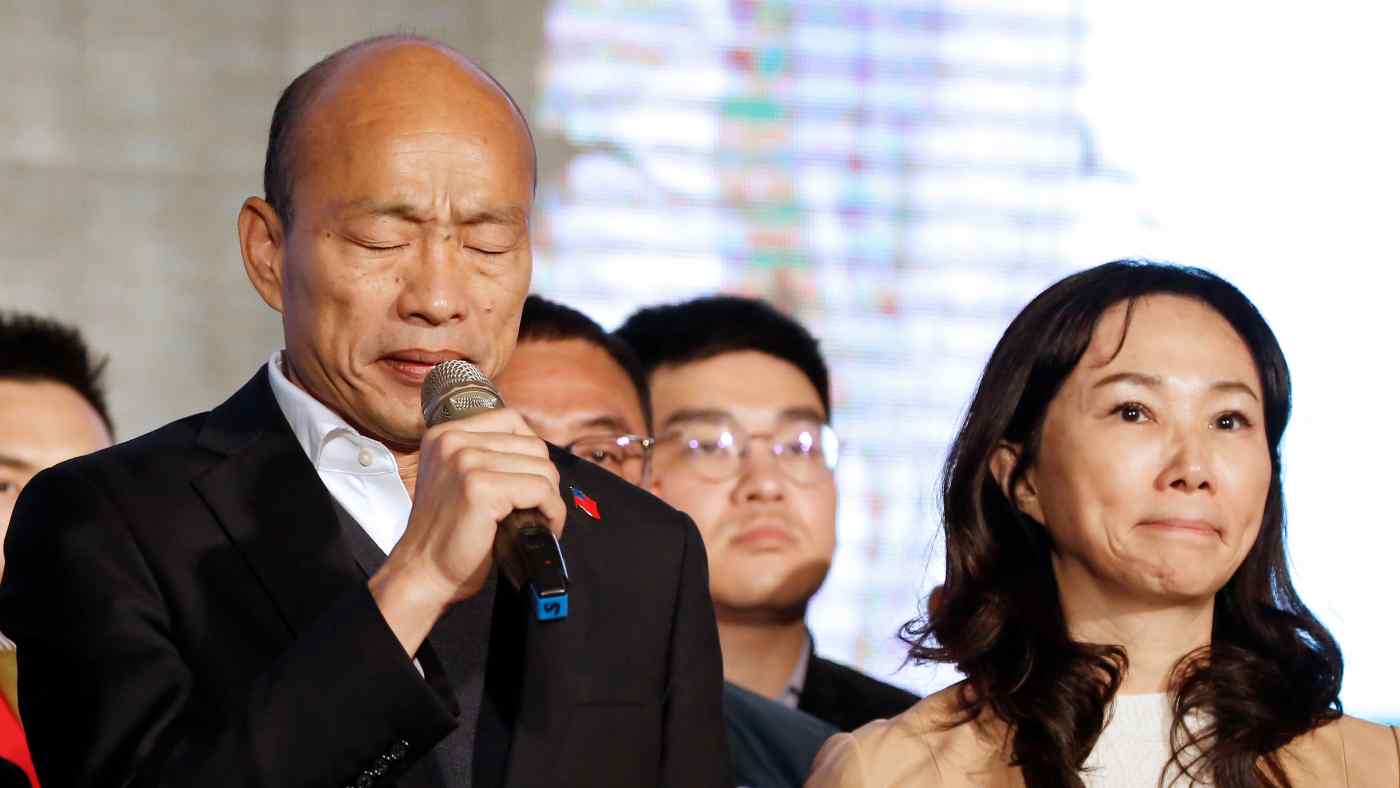 TAIPEI (Reuters) -- The speaker of the city council in southern Taiwan's Kaohsiung jumped to his death late on Saturday after the mayor lost a highly-charged recall vote, casting a deep pall over what was an already acrimonious campaign.

Kaohsiung Mayor Han Kuo-yu, from the main opposition party the Kuomintang (KMT) which traditionally favours close ties with China, was soundly beaten in the recall vote, accusing the ruling Democratic Progressive Party (DPP) of smearing his name to get him out of office.

Han had also been the KMT's presidential candidate, and lost badly to President Tsai Ing-wen in January's polls.

Kaohsiung police said city council speaker Hsu Kun-yuan jumped to his death from his 17th-floor apartment a few hours after the announcement of Han's defeat, though the case is still being investigated.

Hsu, 63, was a strong Han supporter and like him a member of the KMT.

Han wrote on his Facebook page that he was heartbroken.

"I am very, very grieved, and have no words to express what I feel in my heart," he said.

KMT Chairman Johnny Chiang, who took over after January's defeat promising a thorough party overhaul including rethinking its unpopular policy of seeking closer ties with China, expressed his sorrow and called for calm to prevail after the recall vote.

"The sudden death of the speaker makes us worry that social antagonism has intensified."

The DPP said it was shocked by the news, and called for people not to speculate about what had happened before the police had completed their investigations.

The recall vote took place against the backdrop of further tensions with China, which claims democratic Taiwan as its own territory to be taken by force if needed.

It also happened at the same time as renewed anti-government protests in Chinese-ruled Hong Kong against Beijing-backed national security legislation.

The protesters have widespread public sympathy in Taiwan and have won rare cross-party support on the island.