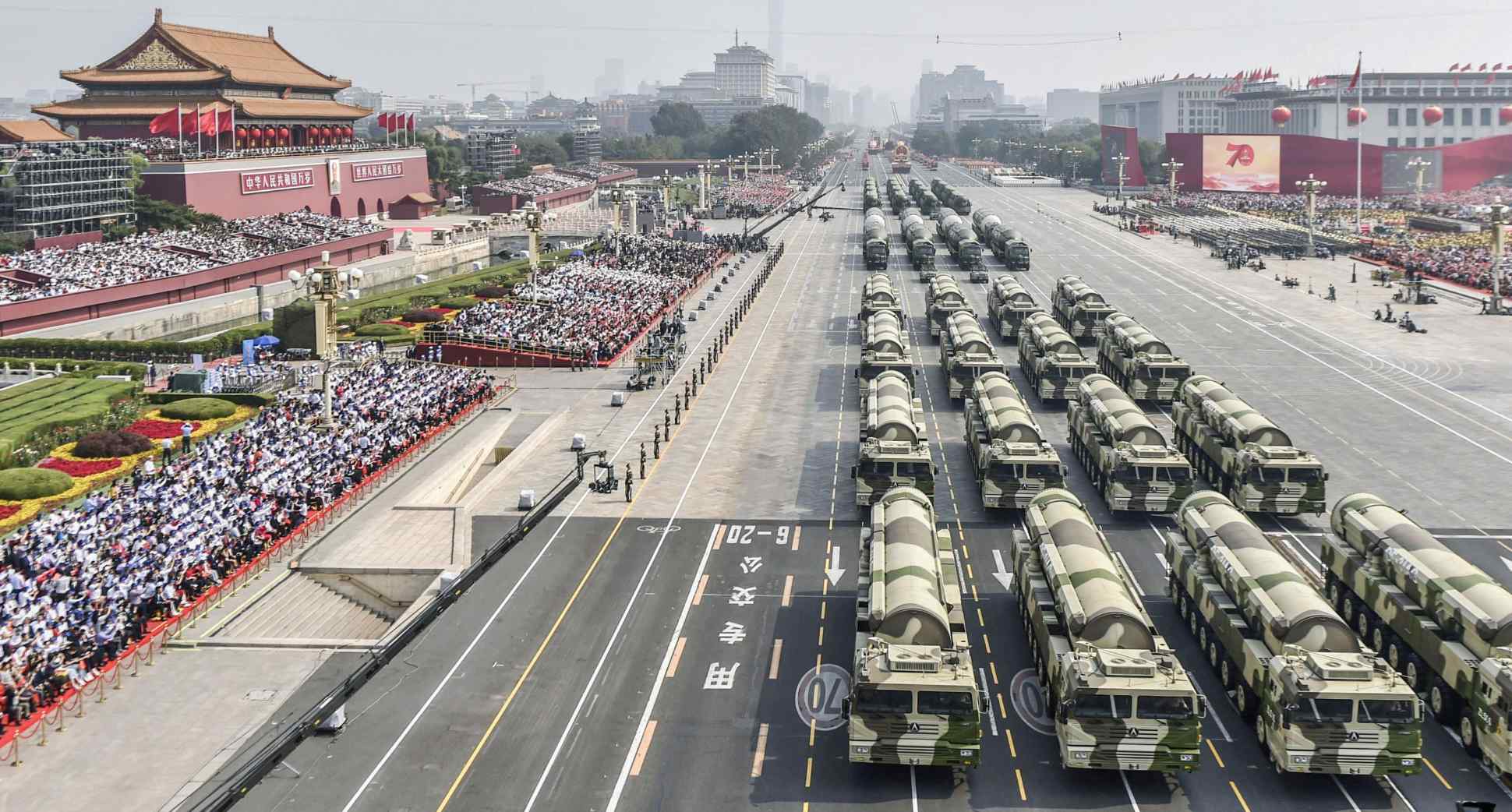 Beijing's military parade on the 70th anniversary of the People's Republic of China showcased new weapons systems that could deter the U.S. from intervening in a mainland invasion of Taiwan (Xinhua/Kyodo)
Communist China at 70

China's military parade heralds 'war plan' for US and Taiwan

TOKYO -- Beijing flexed its muscles on Oct. 1 with one of the country's biggest-ever military parades to commemorate the 70th anniversary of the foundation of the People's Republic of China.

The array of new weaponry showcased in the extravaganza reflects China's "war plan," which is aimed at realizing the military annexation of Taiwan by 2049 -- the centennial of Communist Party rule -- while preventing intervention by the U.S.