Kremlin unlikely to give up territory if economic goals already met 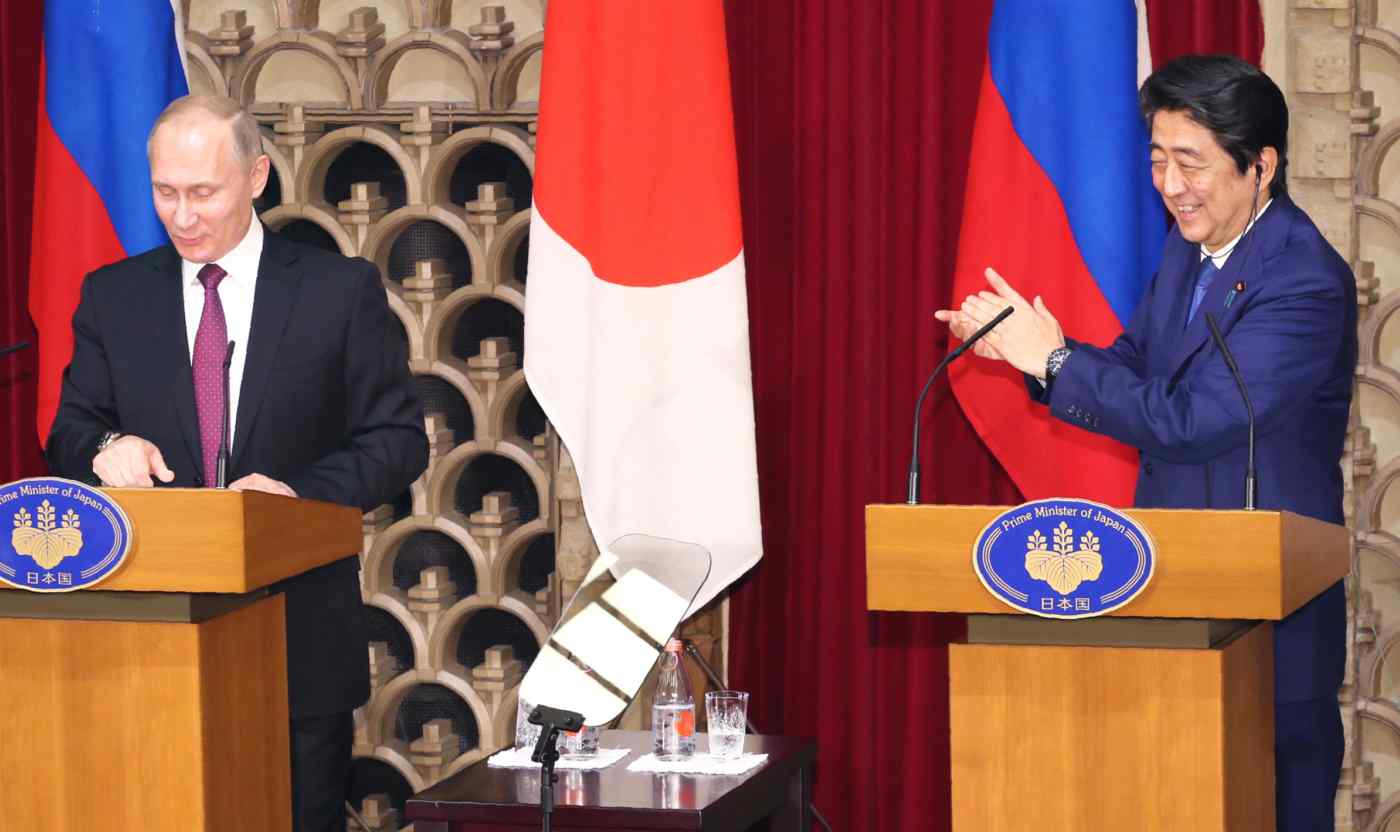 TOKYO -- Economic cooperation on disputed islands proposed at a Japan-Russia summit Thursday and Friday could usher in an era of warmer ties between the two neighbors. But Tokyo risks sacrificing territorial claims and upsetting allies if Moscow is allowed to take charge.

"The majority of citizens are disappointed" by the outcome of talks between Prime Minister Shinzo Abe and Russian President Vladimir Putin, said Toshihiro Nikai, secretary-general of Japan's ruling Liberal Democratic Party. Russia experts worry that joint development of four disputed islands north of Hokkaido, hailed as a new approach to the territorial conflict, could lead to the Japanese government effectively recognizing Russian control over the territory without seeing its own sovereignty claims recognized in return.