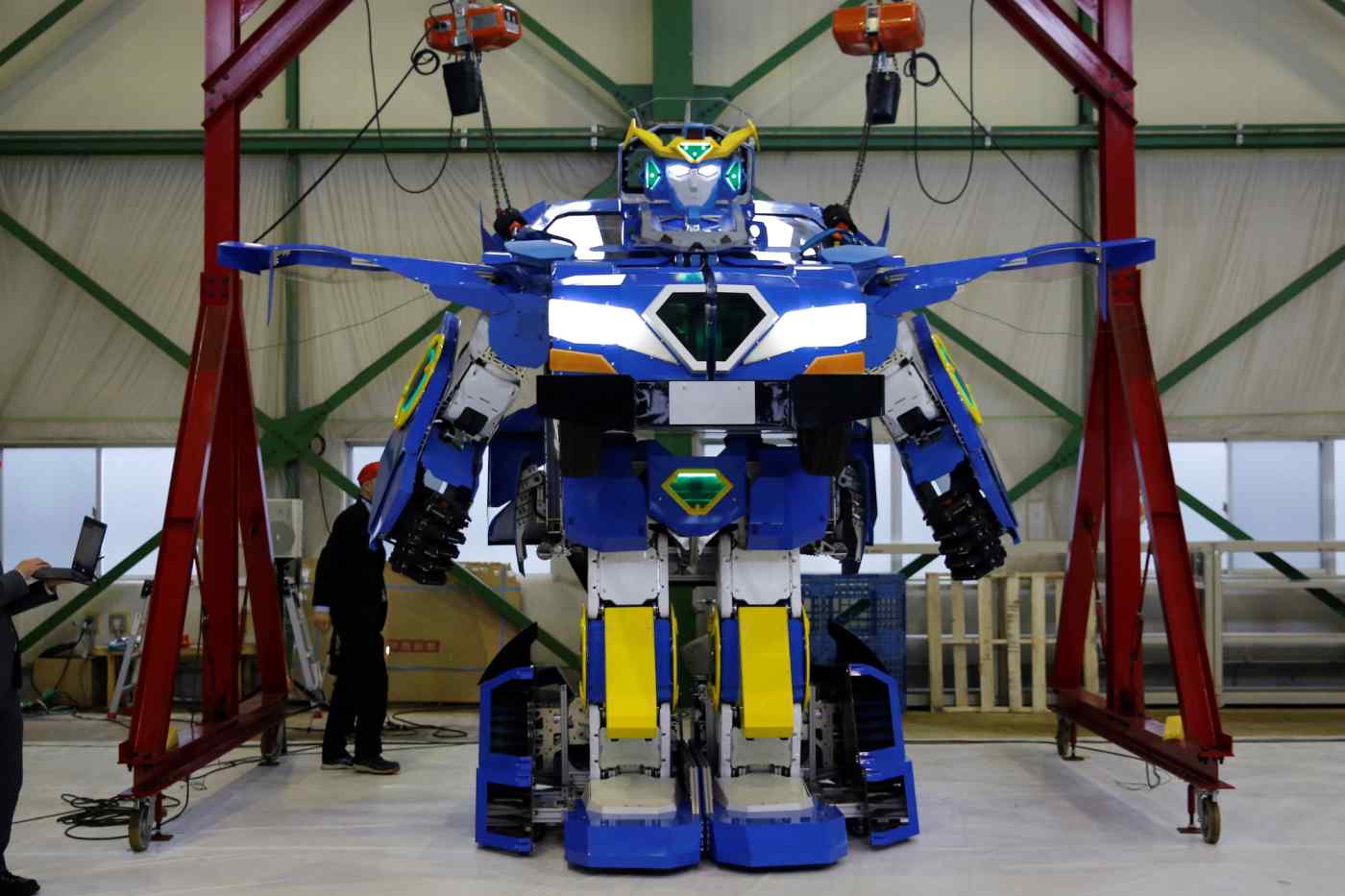 The World Economic Forum aims to tap Japan's experience as a technological pioneer to craft rules that can serve as models worldwide. Pictured is a robot that transforms into a car, under development by Tokyo-based Brave Robotics.   © Reuters
Nikkei staff writersJuly 3, 2018 09:01 JST
CopyCopied

TOKYO -- Automated driving, medicine and big data are the three areas where Japan and the World Economic Forum -- which hosts the annual elite gathering in Davos, Switzerland -- will seek to hammer out regulations that will serve as models for the entire globe.

The WEF said on Monday that it was forming a joint organization with Japan's government, academia and business community. Technology has progressed faster than governments the world over have been able to craft policy.

Consequently, the international body aims to hammer out proposed rules by the end of 2019 with business partners including industrial conglomerate Hitachi, brewer Suntory Holdings and insurer Sompo Holdings. The changes will be reflected in Japan's regulations, then expanded to other Group of 20 members.

In March 2017, the WEF opened a so-called Center for the Fourth Industrial Revolution in the American city of San Francisco, hoping to overcome barriers to the adoption of technology in eight fields, including artificial intelligence and drones. The center proposed that Boston could cut emissions such as carbon dioxide by as much as two-thirds by incorporating autonomous driving into its public transit networks, among other changes. The East Coast city has begun making preparations to tackle that effort.

The forum's industrial center in Japan, announced on Monday, is the first outside the U.S. in a planned network of sister organizations among G-20 countries. "We aim to replace standards based on existing technologies with new ones based on AI" and other cutting-edge technologies, Japanese Minister of Economy, Trade and Industry Hiroshige Seko said at a reception.

On the data policy front, American tech leaders including Google, Apple, Facebook and Amazon.com have been said to hold near-monopolies on user data, as have competitors like China's Alibaba Group Holding. Those four American giants, known collectively as GAFA, use so-called big data amassed from consumer information to improve business, but privacy protections have been seen as lacking.

In May, the European Union implemented a new set of privacy rules called the General Data Protection Regulation, geared at wresting control of personal information back from such companies. But objections have arisen in Japan and other corners -- with businesses saying they will need time to respond, for example. The WEF will seek ways to both lighten the burden on businesses and protect consumers by aligning regulations worldwide.

In the mobility field, the body aims to build a path toward realizing fully autonomous cars. The industry lacks basic standards for commercialization, such as the rate of acceptable accidents in a product on the market. The plan is to develop rules modeled after those for aircraft and other related industries. Insurance policies for fully automated driving will also be developed.

As for medicine, a number of countries have progressed on collecting data on sick individuals, but there is an acknowledged need for similar information on healthy people. The goals of the WEF include gathering information on people's lifestyles -- such as eating, sleep and exercise habits -- before they fall ill to help them take precautions against dementia.