NEW YORK -- The race for next year's Democratic presidential nomination is getting crowded early on, with 10 or so major candidates already in the field and possibly more to come.

Not all have spoken extensively on foreign policy, but here's what some of these hopefuls have said or done regarding U.S. trade with China. 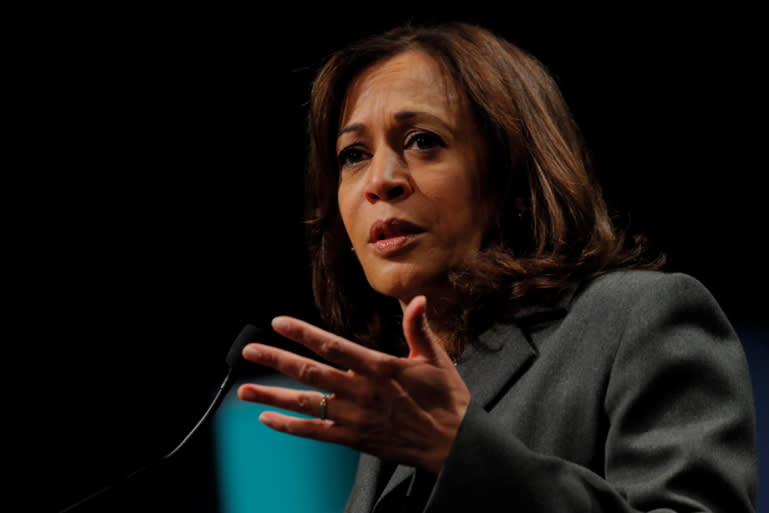 Sen. Kamala Harris' home state of California has some of America's biggest tech companies. These include Apple and Nvidia, which rely on China for manufacturing and exports and have seen their stock prices tank in the months since punitive tariffs took effect on $200 billion of Chinese goods last September.

"These tariffs would be particularly harmful for California, which has the country's largest consumer electronics sector," the two senators wrote in a letter. "The industry contributes $438 billion each year to California's economy and directly employs over 900,000 workers in the state. Over 80,000 of these jobs are supported by exports."

Harris and Feinstein also voiced concerns over tariffs' impact on consumer prices in the U.S.

Harris has taken a harder line on intellectual property and technology transfers as a member of the Senate's Committee on Homeland Security and Governmental Affairs.

In May, she joined a group of senators in urging the administration to "protect American technology from China," days after U.S. President Donald Trump tweeted that "President Xi [Jinping] of China, and I, are working together to give massive Chinese phone company, ZTE, a way to get back into business, fast" after it was hobbled by a ban on American technology exports. In December, she introduced a bill to update the Economic Espionage Act to expand prosecutors' ability to go after foreign hackers stealing trade secrets.

Massachusetts Sen. Elizabeth Warren may disagree with Republican incumbent Trump in most areas, but not the use of tariffs.

"What I'd like to see us do is rethink all of our trade policy. And I have to say, when President Trump says he's putting tariffs on the table, I think tariffs are one part of reworking our trade policy overall," she told CNN's "State of the Union" show.

The American strategy of engagement with China has "failed," Warren said in a 2018 Boston Globe opinion piece published ahead of her Asia visit.

Washington "should run a trade policy -- including tariffs where necessary -- that works for American workers, not just for multinational corporations," she wrote.

Warren has openly framed Sino-American relations as a rivalry. China, like Russia, is "working flat-out to remake the global order to suit their own priorities," Warren said in a November speech at American University in Boston.

Diplomacy "is not about charity; it is about advancing U.S. interests and dealing with problems before they morph into costly wars," she said.

Vermont Sen. Bernie Sanders, technically an independent, is a longtime critic of Washington's free trade deals, especially with China. They have allowed big corporations to profit at the expense of American workers, he argues.

In his 2016 presidential campaign, Sanders accused China and Japan of steel dumping and currency manipulation and promised to impose countervailing tariffs on imports until the two countries stopped.

After the Trump administration imposed tariffs affecting Canada and other allies, Sanders issued a June 1 statement criticizing those duties while supporting "stiff penalties on countries like China, Russia, South Korea and Vietnam to prevent them from illegally dumping steel and aluminum into the U.S. and throughout the world."

Sanders has also called the Trans-Pacific Partnership a "disastrous trade agreement" that "follows in the footsteps of other unfettered free trade agreements" that have "forced American workers to compete against desperate and low-wage labor around the world."

Sanders' tough stance on trade dates back decades. As a House member, Sanders voted in the 1990s against extending China's normal trade relations status with the U.S. before it was made permanent in a 2000 vote he also lost. Sen. Amy Klobuchar has been a passionate advocate of steel tariffs but also criticized the trade war's impact on soybean farmers in her home state of Minnesota. Klobuchar has spoken of her grandfather working in the iron ore mines.

Klobuchar praised anti-dumping tariffs on steel imports from South Korea in 2014 and called for them on Chinese steel in 2016. In April 2017, she led senators in calling on Trump via letter to address steel dumping in his meeting with Xi.

But Klobuchar has raised concerns over the trade war's impact on U.S. soybean producers, telling MSNBC in an interview last July that "these tariffs are very, very difficult for our farmers ... all over my state."

"They want to see trade; they don't just want to get a bunch of aid," she said.

Klobuchar also joined 31 other senators in a letter to Trump in May, criticizing him for softening on ZTE.

New York Sen. Kirsten Gillibrand has in the past in called for action to end unfair Chinese trade practices, including state subsidies in renewable energy and restricted exports of rare-earth metals.

Gillibrand was an Asian-studies major in college and wrote her thesis on religion in Tibet, which led to a meeting with the Dalai Lama. She studied Mandarin in Beijing during her college years. 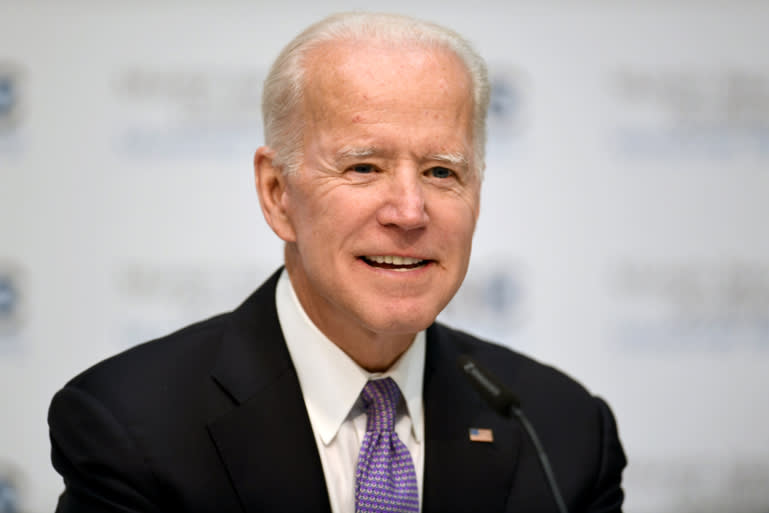 Former Vice President Joe Biden, who called himself "the most qualified person in the country to be president" in widely reported remarks this past December, has not declared a bid but leads in several major polls.

Biden served as Obama's right-hand man for eight years, standing behind his "pivot to Asia" while pursuing deeper engagement with China.

Biden was notably the first U.S. leader to build rapport with Xi, when he visited China in 2011 with the intention of getting to know the Chinese leader, who had yet to become president.

Following the 2011 trip, Biden wrote in a New York Times opinion piece, titled "China's Rise Isn't Our Demise," that the two countries "have a stake in each other's success."

This past October, Biden spoke out against Trump's trade war at the Royal Institute of International Affairs in London.

"There are answers, without in any way changing trading rules and the rest," he said, pointing to continuing education, health care and infrastructure investment as means of helping American workers left behind by trends like automation.

"Things that in no way cause us to challenge the international order in terms of what constitutes free trade and globalization," Biden said.