The lower house of Japan’s Diet is dissolved for a general election in Tokyo on Thursday.
Politics

TOKYO -- The Japanese parliament has been forced to delay deliberation of important bills -- legislation that would discourage overwork, allow casinos, lower the age of majority and introduce stricter controls on passive smoking -- due to the dissolution of the lower house, raising concerns their enactment may fall behind schedule.

Thursday's dissolution by Prime Minister Shinzo Abe is expected to push back the deliberation schedule of the four key bills until the Diet returns to business next year. There are not enough days remaining in the current extraordinary session, as the Diet also has to debate the fiscal 2018 budget. 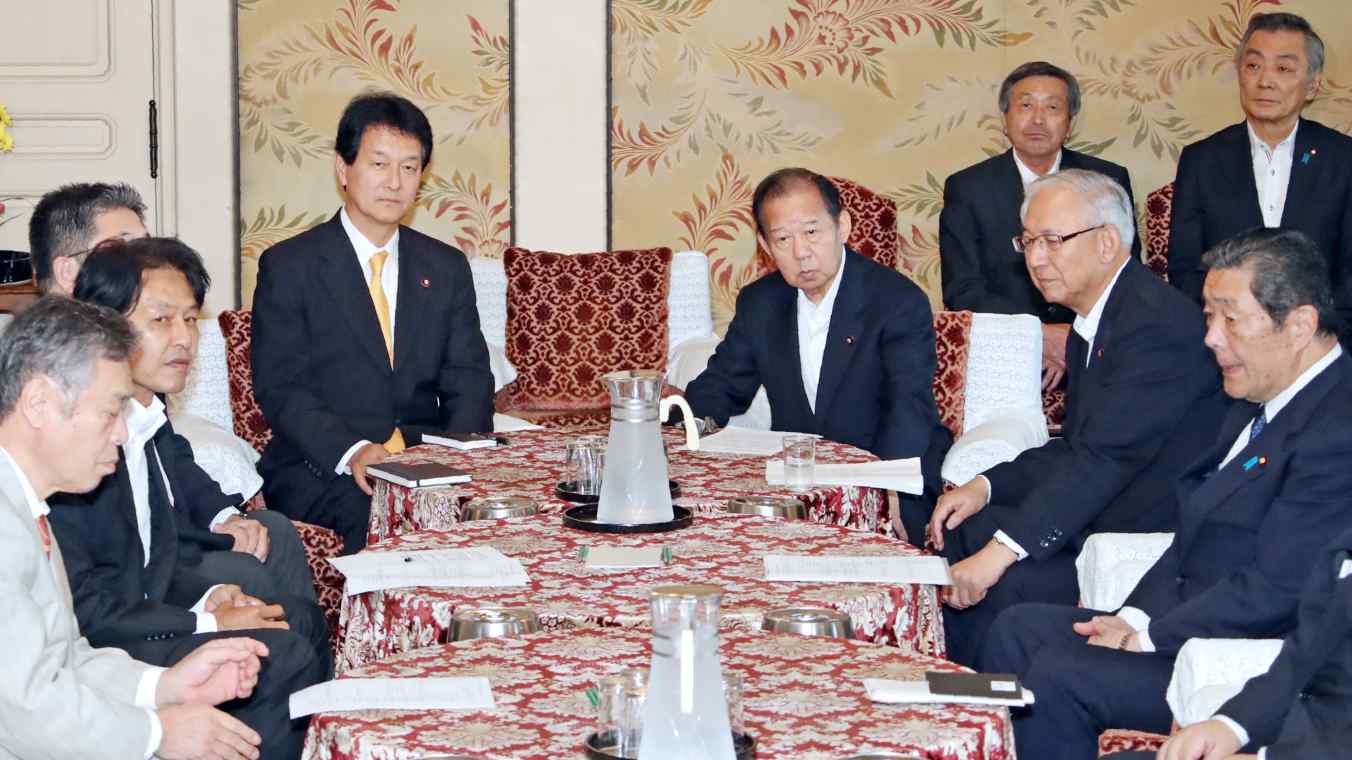 Facing postponement are bills aimed at reforming workplaces that would set an upper limit on permissible overtime, and a controversial bill that would allow operation of casinos in integrated resort facilities.

For a policy package to allow the nation's overworked employees to ease off, the government aims to submit a single bill that includes, in addition to the introduction of caps on overtime hours, measures to introduce an equal pay for equal work system, and a new pay system applicable to certain job categories, in which wages would be linked to achievements rather than hours worked. For the Abe government, this work-style reform package is one of the pillars of its economic growth strategy. It was to be deliberated as the most important bill during the extraordinary session. The new pay system has been attacked fiercely by the opposition, who consider it a "zero-overtime-pay bill." It has been deliberated since the ordinary session in 2015.

The ruling coalition aims to introduce the package early by enacting the bills in a single bill, but it is expected to continue to face vehement attacks from the opposition, which threatens prolonged debates. Although the government aims to put the bills into effect in April 2019, that deadline may be missed if the deliberation extends into the next year's ordinary session, which appears likely, a ruling coalition official said.

The casino bill sets out rules and regulations to allow the introduction of casinos to Japan. A law enacted late last year calls for the submission of a bill "in about a year" for Diet deliberation. As resistance against gambling remains strong among its members, the ruling coalition plans to first deliberate a separate bill incorporating measures to combat gambling addiction, which would probably push back the deliberation of the casino bill.

The Diet dissolution also affects the bill to amend the Health Promotion Act to step up measures to prevent passive smoking. During the last ordinary Diet session, the ruling coalition failed to submit the bill for Diet deliberation after some Liberal Democratic Party members strongly opposed strict smoking controls in restaurants and bars.

The idea for the bill is to introduce tighter smoking controls before the number of foreign visitors surges for the 2019 Rugby World Cup in Japan, but that deadline may have become difficult to achieve.

A bill to amend the Civil Code to lower the age of majority from 20 to 18 would introduce a three-year preparatory period before the threshold is lowered. The government aims to bring the threshold in line with the voting age, which has also been lowered from 20 to 18. The amendment is now expected to take effect in 2021 or later.