Digital laggard Japan catches up with law against stamping forms

Suga gets serious on a signature policy to speed benefits payments 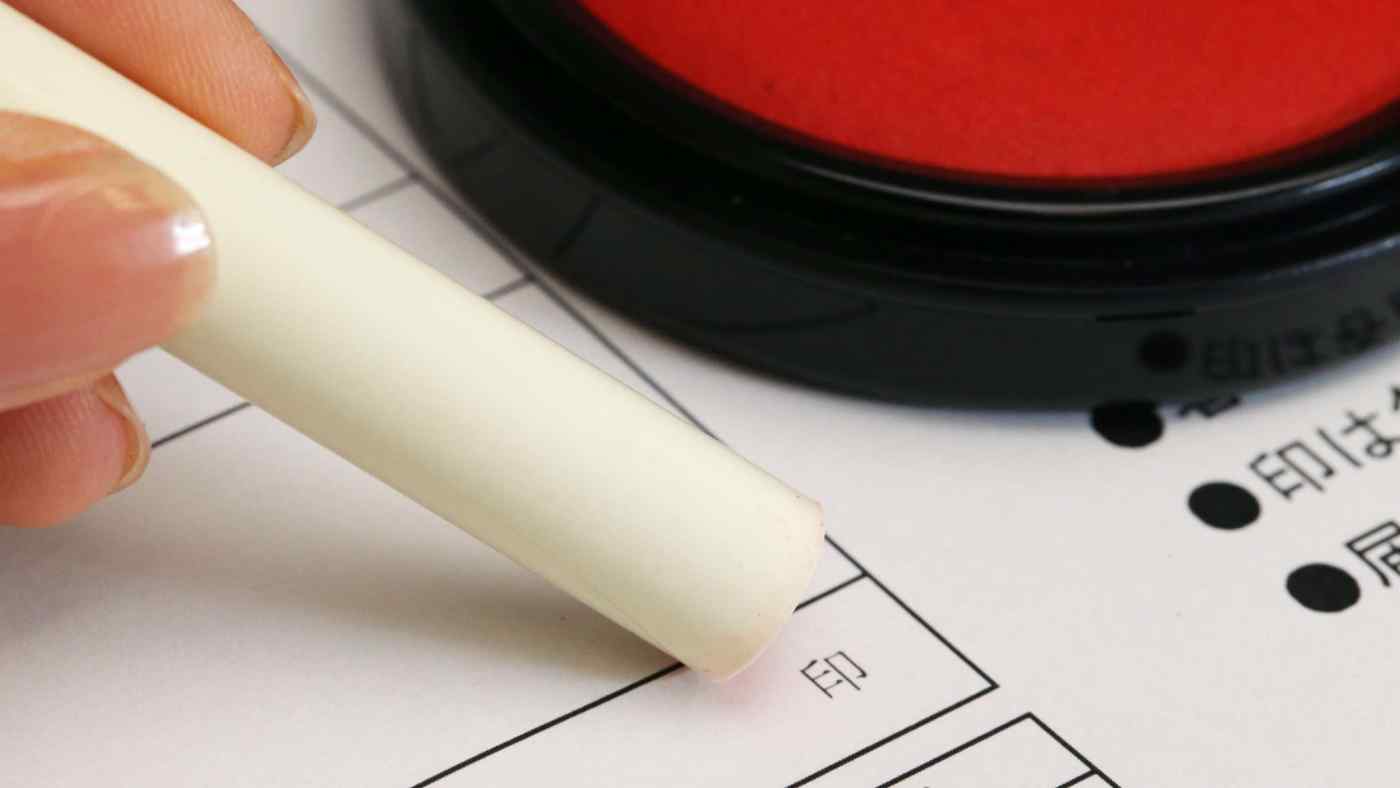 TOKYO -- Japan has taken its latest step to bring government at all levels further into the digital age, stung by the experience of last year's slow rollout of economic stimulus payments.

The parliament on Wednesday enacted six laws to promote electronic government, with steps such as ending a widely criticized source of bureaucratic inefficiency -- the use of seals to sign documents.

Prime Minister Yoshihide Suga made breaking the logjam on e-government one of the early priorities of his leadership, but under his watch Japan's response to the coronavirus has stumbled on the digital front in areas such as vaccination data management.

"This will be a big step forward toward digitization, which has been a concern for many years," Suga told reporters Wednesday evening on the legislative achievement. "I hope to create a society in which everyone can enjoy the benefits of digitization."

A digital agency that will be established under the legislation will urge the central and local governments to use the same basic computer systems. Common rules will be created to reduce the differences between the steps that local governments take to protect personal information. This will also make it easier to share information at all levels.

Last year's botched distribution of 100,000 yen ($920) stimulus payments has been blamed partly on the time needed for local governments to confirm bank account information for direct deposits. Meanwhile, the shift to remote work to prevent coronavirus infections was hampered by the need to stamp hanko seals on official documents.

Under the new legislation, people can link their bank accounts receiving benefits using their "My Number" personal identification numbers. This would slash the administrative burden on local governments, accelerating the distribution of payments.

Using the My Number system, local governments will be able to confirm whether residents meet conditions for receiving payments. Another proposal under consideration would tap My Number for distributing child-rearing support to low-income households.

The new legislation would enable people already holding My Number cards to have their smartphones send digital proof of identity as early as fiscal year 2022. Confirming their identities in this way would allow people to complete administrative tasks like submitting forms for change of address, taxes or social security by phone.

But the e-government push leaves a number of unsolved problems. The government had initially envisioned linking all bank accounts to My Numbers, but this has now become voluntary. As a result, economic stimulus payments will still take longer for some people.

The new legislation also calls for the central and local governments to unify their computer systems within five years, but this could be delayed if there is a shortage of personnel possessing the necessary skills to carry it out. In addition, a plan allowing people to use My Number in lieu of their health insurance cards was initially slated to be introduced in March, but it was postponed.

The government still lacks a clear policy for managing the information it collects. Some experts have expressed concern over the risk of mishandled personal information and increased state surveillance as more data is handled by the government.