On May 24 the Myanmar government, led by State Counselor Aung San Suu Kyi's National League for Democracy, will convene a third meeting of ethnic, military and government leaders under the banner of the Union Peace Conference in the capital, Naypyitaw. The first such gathering was held under the previous, military-backed transitional government in January 2016; the second took place last August, under the NLD administration.

These gatherings were mandated by the Nationwide Ceasefire Agreement, which was signed by the previous government, Myanmar's armed forces and eight of the country's 20-plus ethnic armed organizations on Oct. 15, 2015. The gathering is sometimes referred to as the "21st Century Panglong" peace conference -- in reference to a 1947 treaty agreed in the small town of that name, between Aung San Suu Kyi's father and leaders of some of the country's minority communities, which paved the way for Burmese independence from Britain the following year.

The existing cease-fire agreement has come in for widespread criticism, not least because it was signed by only a minority of the country's ethnic armed groups. It remains unclear whether non-signatory groups are willing to attend the upcoming conference, given the insistence by both the government and Myanmar's military that they first express formal commitment to the existing agreement. Several groups have expressed concern about participating in the Union Peace Conference if they are only accorded "observer" status. 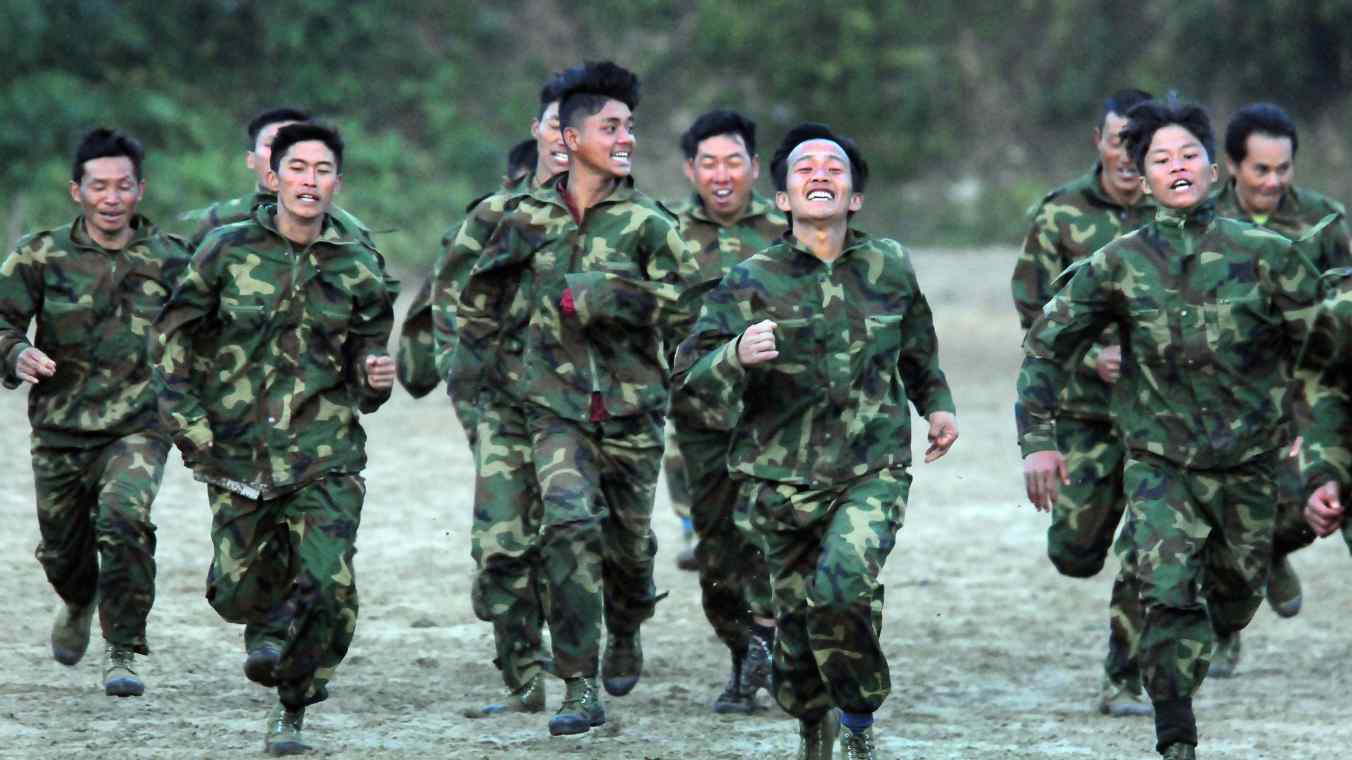 Why Myanmar's military is not planning a coup

Although some analysts have dismissed the NCA process, there has been significant progress under this agreement, despite escalating fighting in the country's north and northeast regions. At least in those parts of the country where cease-fires are holding (most of the southeast and west), highly vulnerable, conflict-affected communities are beginning to recover from decades of conflict.

Since 2012, in conversations with many different groups of civilians in southeast Myanmar, in both government and ethnic opposition-controlled areas, I have seen how communities have welcomed and have benefited from the cease-fires -- even though many remain fearful of post-ceasefire land-grabbing and damaging natural resource extraction. On the political front, a process of political dialogue got underway late last year, which has seen consultations at the state-level (organized by the national government), and among most, but not all, communities represented by cease-fire signatory groups.

On Jan. 20 I attended the third and final day of a national dialogue convened by Karen leaders in Hpa'an, the capital of what is officially known as Kayin state. The dialogue was convened by the Karen National Union and the two other Karen armed groups that signed the 2015 cease-fire agreement. This was an important achievement for the Karen, marking the first time in the country's history that stakeholders from this heterogeneous community were able to come together, talk through the key issues and start to build common positions. Nevertheless, serious questions remain about whether and how Karen concerns and aspirations can be channeled through labyrinthine peace process structures, and onto the Union Peace Conference agenda.

Furthermore, given the government and Myanmar military's dominant political positions, getting agreement on key demands -- for example, a for a re-organization of state-society relations along federal lines, and negotiating a significant decentralization of power from Naypyitaw to ethnic states -- remains a daunting challenge.

Nevertheless, at a May 12 meeting of the Union Peace Dialogue Joint Committee (a coordinating body comprising government and military officials and representatives of ethnic armed groups, attended by Aung San Suu Kyi and other key leaders, an agreement was reached to allow Myanmar's ethnic states more autonomy in internal arrangements and to draft their own state constitutions.

Although under this arrangement any state constitution must be under the 2008 military-backed Union constitution, the move marked a small but important step toward federalism, a long-held aim for most ethnic armed organizations. The KNU and other NCA signatory groups clearly see this prospect as something of a justification for their commitment to the NCA. Others are likely to be less optimistic.

Members of Myanmar's diverse and dynamic civil society have long expressed concerns about their marginalization, and exclusion from key forums in the peace process. In order for political dialogue to be perceived as credible, it will be necessary to deepen and broaden participation, not least to better include community service organizations.

Another challenge in the upcoming peace negotiation lies in forging agreement over how to move ahead with interim arrangements related to any cease-fire. This term refers to the NCA's recognition of the often extensive governance authority and service delivery systems of the key ethnic armed groups, in areas under their control or jointly administered with (and taxed by) the government and military.

Recent negotiations between the government and the eight signatories to the existing nationwide ceasefire agreement have made some progress, but there is still some way to go before all sides can agree on the meaning of and best way to support such "interim arrangements." In order for conflict-affected ethnic communities to have confidence in the peace process, it will be necessary to reach agreement on the status and future of their own autonomously run health and education systems, and crucially on their local governance authority.

More fundamentally, the peace process has been undermined by widespread fighting in the north, and the exclusion of key non-signatory groups. These include the Kachin Independence Organization and a number of smaller allied groups operating in Kachin and northern Shan states. These groups refused to sign the NCA in 2015, arguing that the military's preconditions to joining were unacceptable. In a bid to preserve unity among the ethnic organizations, they also cited the Myanmar military's refusal to allow the participation of three small armed groups which launched their insurgencies after the peace process started.

The past few years have seen an escalation of military attacks on these northern groups and associated civilian populations, causing widespread humanitarian suffering, and deepening the rift between the national government and many ethnic communities. Since the breakdown of the KIO's 2012 cease-fire with the government and the escalation of fighting in their state, many Kachin people have felt alienated from what is essentially a broken union.

The KIO has recently withdrawn from the United Nationalities Federal Council, the main alliance of NCA non-signatory groups. The KIO has moved closer to the country's largest non-state armed group, the United Wa State Army, which is estimated to have a 25,000-strong standing army, with historically close relations with neighboring China.

It is yet to be seen whether the government and military leadership will be willing to negotiate with the UWSA-led, seven-member Union Political Negotiation Dialogue Committee, which comprises non-signatory groups. The seeming collapse of the UNFC makes it somewhat more likely that the remaining NCA non-signatories in southeast Myanmar (the Karenni National Progressive Party and New Mon State Party) might sign the NCA. Also yet to be seen is how durable and reliable an alliance between the Kachin and Wa will prove to be, given their very different political cultures and historic alliances.

The past few months have seen the emergence of a north-south divide between Myanmar's ethnic armed groups. The northern groups calculate that continued force of arms is most likely to leverage political concessions from the government. Indeed, the alliance between these groups is more significant than previous attempts among the country's diverse ethnic armed organizations to form joint military fronts.

Nevertheless, given the trajectory of state consolidation across other parts of Southeast Asia over the past two decades, and the Myanmar military's 's often stated commitment to defending the integrity and sovereignty of the state, it remains uncertain for how long these groups can continue to wage war against the government. In the meantime, it may be that the Myanmar Army welcomes continued conflict, as a raison d'etre for its continued aggressive stance, and entrenched positions across Myanmar's society and economy.

Such concerns help to explain the position of the NCA signatory groups. There is a common understanding among these groups that insurgency as a way of achieving political goals has more-or-less run its course in Myanmar. The NCA signatories are now seeking to leverage their positions -- as still the most credible and legitimate representatives of ethnic nationality demands and aspirations for greater self-determination in Myanmar -- while the window of opportunity remains open.

They have often struggled in negotiating with the government and military leaders, due to capacity limitations and because the playing field is decidedly unequal, given the strong domestic and international support enjoyed by the NLD after its historical election victory in November 2015.

Time will tell which of the two strategies outlined above will prove most successful for the ethnic armed groups. Much will depend on the perceived success or failure of the upcoming peace conference.

Over the decades, Myanmar's ethnic armed groups and associated communities have shown great resilience and fortitude. Unfortunately, the lack of unity among NCA signatory and non-signatory groups has weakened their bargaining position at a critical juncture of Myanmar history, when for the first time since independence ethnic stakeholders have an opportunity -- albeit a limited one -- to play a central role in negotiations to re-design what Myanmar is and could be.

The main beneficiary of this lack of unity is the Burman political elite, and particularly the military. Given Aung San Suu Kyi's oft-stated commitment to delivering peace in Myanmar, and her in principle support for a federal political solution, the peace process represents an unprecedented opportunity to negotiate an end to decades of armed ethnic conflict.

For those ethnic armed organizations which have signed the NCA, there is an understanding that the window of opportunity to leverage their support among conflict-affected communities will not last forever. The challenge for leaders of Myanmar's armed groups is to present themselves as credible political actors, and legitimate and effective governance authorities in those areas where they exercise control.

Ashley South is an author and Research Fellow at the Centre for Ethnic Studies and Development, Chiang Mai University. His publications are available at www.AshleySouth.co.uk