Bill waiting to be signed calls for warrantless arrests, detentions and wiretaps MANILA -- A proposed law giving President Rodrigo Duterte sweeping powers to go after terrorists has provoked a backlash in the Philippines, with critics saying the move is meant to shut down dissent amid deepening economic woes.

On Thursday, the country's statistics agency reported the jobless rate had surged to a record 17.7% in April, equivalent to 7.3 million people out of work. The upswing was from 5.1% in January as a strict lockdown meant to curb the spread of the coronavirus pounded businesses.

The House of Representatives this week passed the Anti-Terrorism Act of 2020 before approving measures aimed at helping the economy recover as the lockdown is lifted, raising questions over its intentions.

The Senate passed the legislation in February.

Duterte, who certified the legislation as urgent, could receive the bill anytime and sign it into law. Once he does, no warrant will be needed to arrest or wiretap suspects, who could also be detained for up to 24 days without being charged. 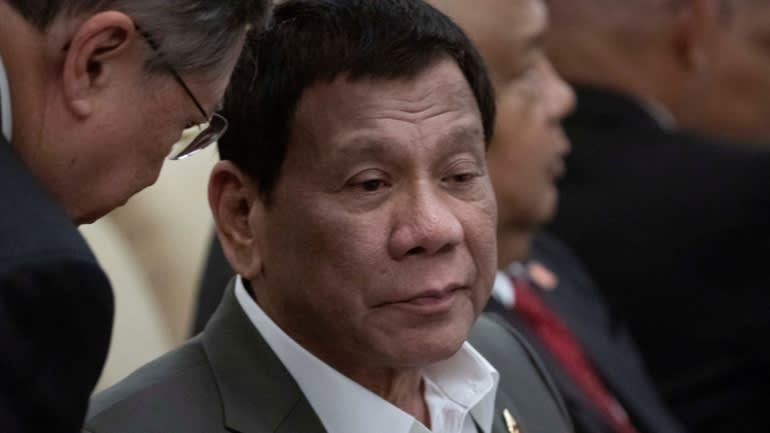 Legislation awaiting the signature of President Rodrigo Duterte allows for warrantless wiretaps and arrests of suspects, who could be detained for up to 24 days without being charged.   © Reuters

"The government prioritizing the anti-terror bill amid the pandemic is further proof that it is both clueless and leaderless in its efforts at effectively protecting its citizens from the pandemic," Sen. Francis Pangilinan, one of the two senators who voted against the bill in the 24-member chamber, told the Nikkei Asian Review.

Eight business groups, including the prominent Makati Business Club and Management Association of the Philippines, also expressed opposition to the bill.

"We strongly urge our national leaders and the private sector to be focused fully at this time on what really matters: developing policies that will address multiple socio-economic shocks resulting from the COVID-19 pandemic, strengthening our health systems, improving the investment climate to create more jobs," they said in a joint statement.

On Thursday, dozens of people wearing masks took to the streets and called for scrapping the bill, despite a ban on mass gatherings, an anti-pandemic measure.

Jose Manuel Diokno, a human rights lawyer and vocal critic of Duterte, said the bill is meant to silence critics of the Duterte administration.

"It's not about going after terrorists, but critics of this administration," Diokno said during an online forum on Thursday. "Why did this bill become urgent during the pandemic?"

Apart from massive unemployment, hunger has also increased in the Philippines. A survey by local pollster Social Weather Stations conducted May 4 to May 10 found that 16.7% of residents, or an estimated 4.2 million Filipino families, experienced hunger at least once in the past three months, doubling from 8.8% in December. 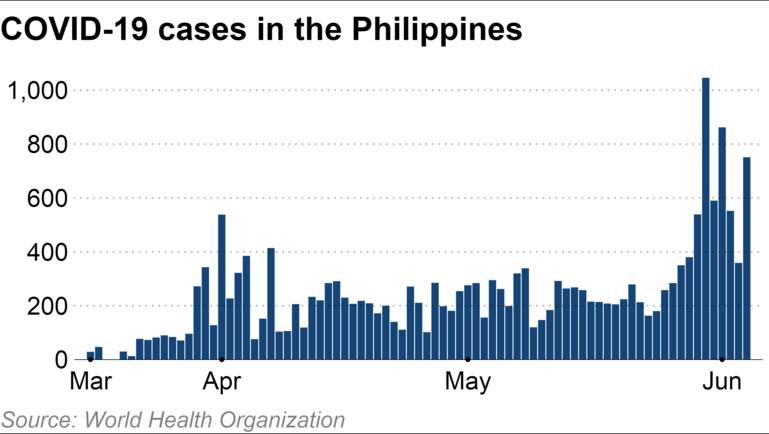 Bob Herrera-Lim, managing director at global communications and advisory firm Teneo, said economic troubles due to the pandemic could spur public dissatisfaction. "Because of COVID-19 and the economic downturn, the likelihood of public disenchantment will likely rise," Herrera-Lim told Nikkei.

"The pain of weak job prospects combined with continuing expenses will become more evident" in the coming months, he added.

Herrera-Lim, however, believes the bill largely reflects the growing clout of the military in Duterte's cabinet, which includes a number of retired generals who fought decadeslong Islamic and communist insurgencies in the country.

"There is a persistent security threat to the Philippines-whether you are talking about religion or ideology," he said.

Amid the backlash, Harry Roque, Duterte's spokesperson, on Thursday, said the president will "not automatically" sign the bill, which will undergo a review regarding its human rights implications.

"The proposed 2020 Anti-Terrorism Act ... dilutes human rights safeguards, broadens the definition of terrorism and expands the period of detention without warrant," the Office of the High Commissioner said in a report that also detailed Philippine human rights violations, including Duterte's drug war, which the report said is being carried out with "near impunity."

The Philippines' Commission on Human Rights said the broad definition of "terrorism" in the proposed bill "paves the road for possible abuse as it tends to blur the distinction between terroristic activities and ordinary crimes already punishable by the Revised Penal Code and other pertinent laws."

The independent body said this "overreach may be seen as disproportionate and highly intrusive as it allows for room for discretion which could be possibly used to limit substantial freedoms, including expression of dissent and critical perspectives, most especially by civil society and human rights groups, under a democracy."