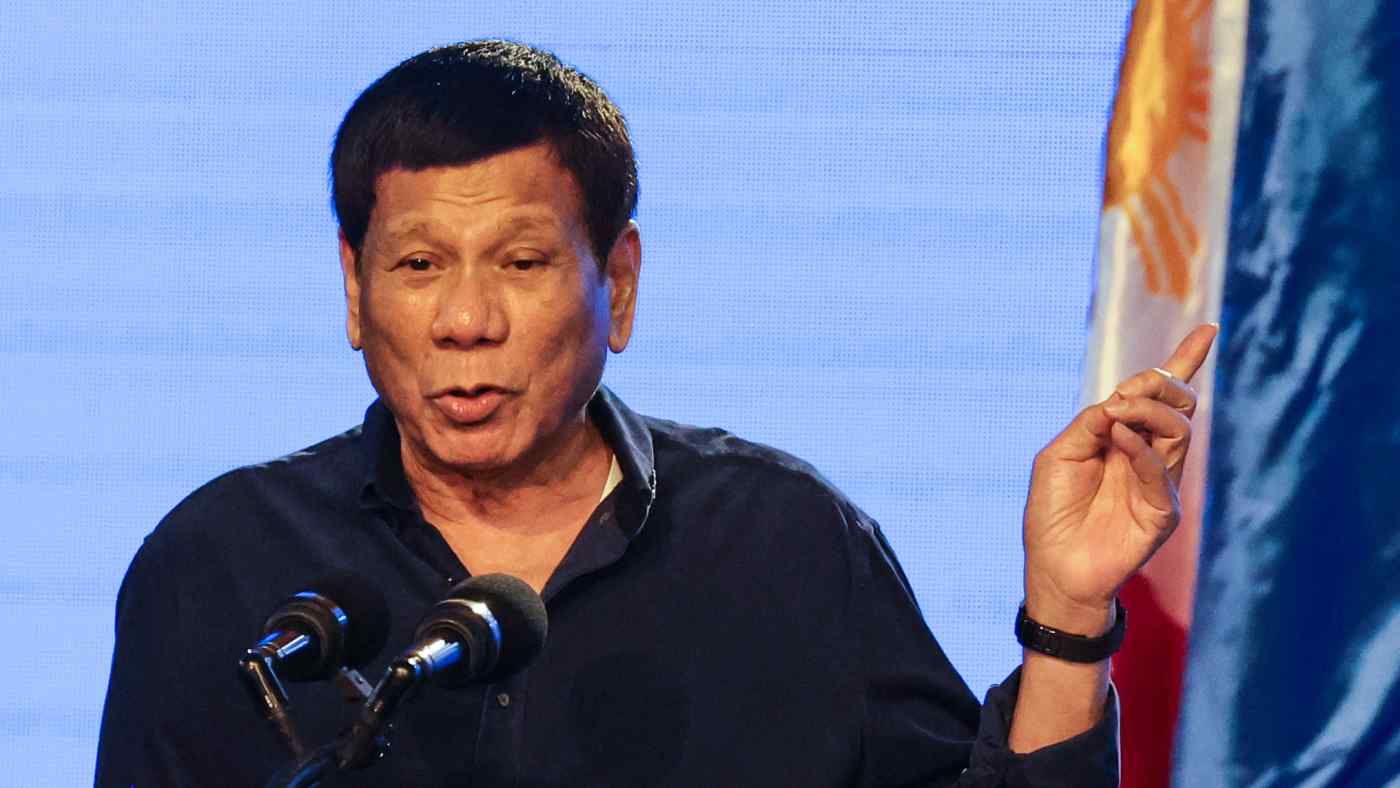 MANILA -- Philippine President Rodrigo Duterte will leave office on Thursday after a rocky six-year term during which he waged a brutal drug war, embraced China despite a maritime feud, crushed political opponents and shamed tycoons.

Duterte's strongman style of governance alarmed human rights advocates and complicated ties with the U.S. -- Manila's defense treaty ally and key trading partner. Nevertheless, he enjoyed overwhelming domestic popularity that endures to this day. Experts say his brand of politics also contributed to the victory of his successor, Ferdinand Marcos Jr., the son and namesake of the late Philippine dictator to whom Duterte has often been compared.