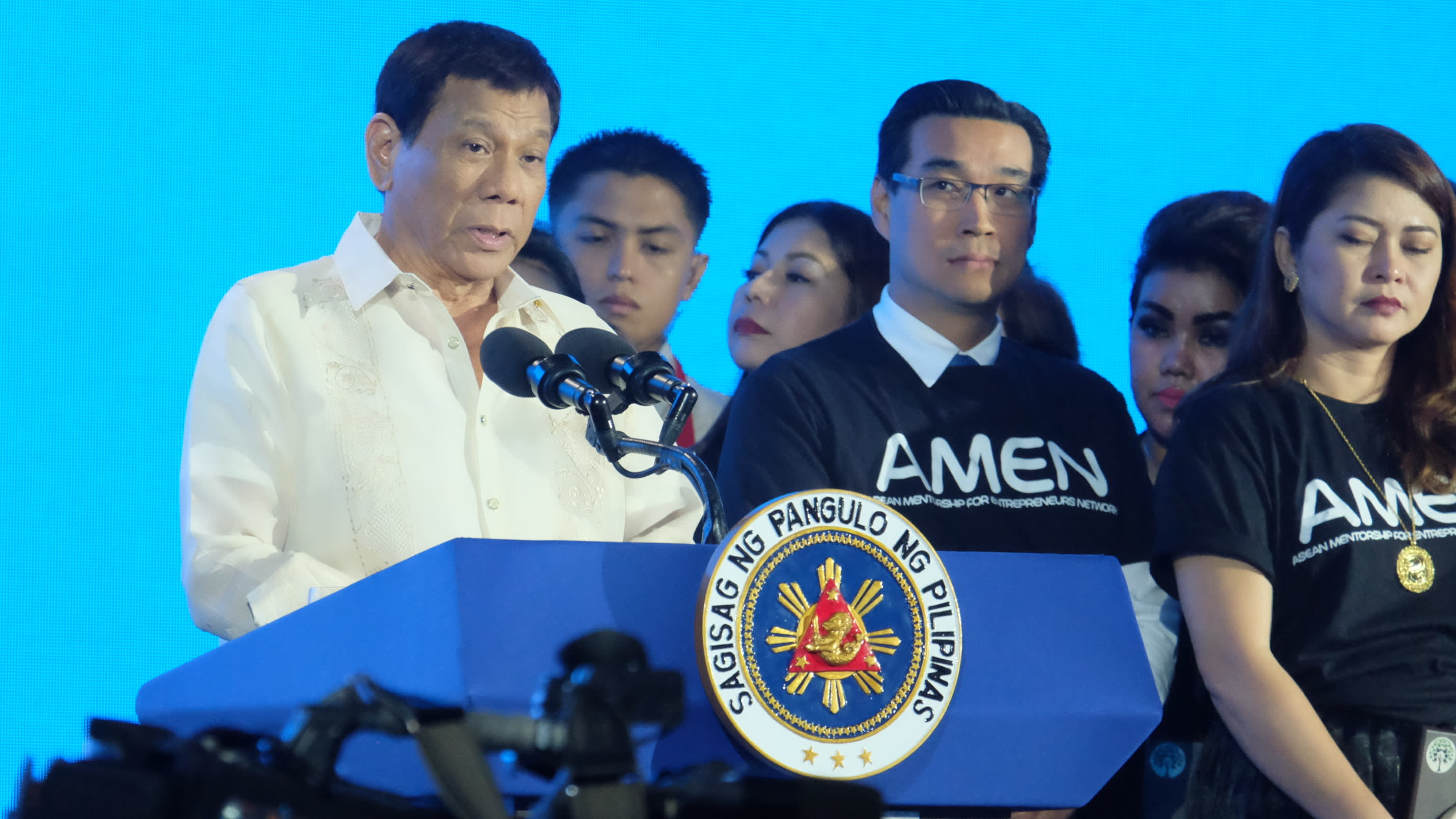 "Today China is the No. 1 economic powerhouse, and we have to be friends," Duterte told a business gathering in Manila. He had just flown back from the Vietnamese city of Danang where heads of state, including Xi, had gathered for an Asia-Pacific Economic Cooperation summit.

Duterte quoted Xi as having told him: "If you are President Duterte and you want to preserve the lives of the Filipinos, then as president of China I want to save lives. I do not waste the lives of my countrymen for a useless war that cannot be won by anybody."

Since he took office last year, Duterte has been working to ease tensions with China. He has drastically softened the government's stance against Beijing regarding territorial claims in the disputed waters, pivoting from the position of his predecessor, former President Benigno Aquino, who brought the issue to a Hague tribunal in 2013. Manila won the case in 2016, although Beijing rejected the ruling.

While Duterte has pivoted toward China, Vietnam remains a vocal opponent. Malaysia, Brunei and Taiwan also have territorial claims in the South China Sea. U.S. President Donald Trump, meanwhile, has challenged China to allow free navigation in the disputed waters.

When Trump met with Vietnamese President Tran Dai Quang on his visit to Hanoi on Nov. 12, the U.S. leader said he was willing to mediate the issue and that he would be a "very good" arbitrator and mediator.

As this year's chair of the Association of Southeast Asian Nations, Manila hosted the ASEAN summit and related meetings on Nov. 13-14.

At an ASEAN-China summit on the first day, leaders resolved to begin talks early next year on drawing up a code of conduct for the disputed waters. The aim is to reduce tensions between China and ASEAN members with territorial claims in the area.

The discussion was apparently led by China. The leaders were unable to agree on whether to make the code legally binding, as claimants such as Vietnam are demanding.